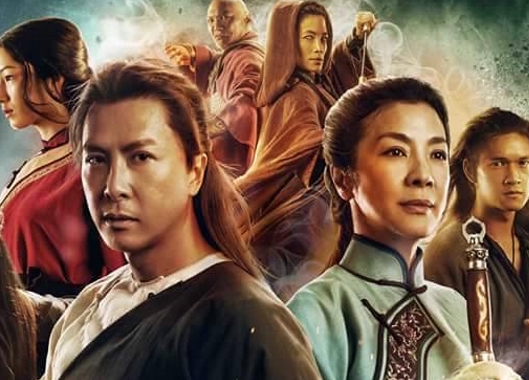 In the fall out from the quite horrible trailer for The Great Wall, in which a film about a Chinese cultural icon is instead led by Matt Damon, a guy with no Asian blood in him at all, there’s been quite a lot of debate around whitewashing and whether it’s appropriate or justified for films to be made this way.

Related reading: My thoughts on The Great Wall’s trailer.

One of the common comments I’ve seen in social media has been that the film needed to have Damon as the lead in order to be a commercial success. This is interesting to me because it’s patently not true. There are a lot of films that have been shot with either entirely Asian casts or white people exclusively in minor roles and have been major commercial success.

To demonstrate this, I thought I’d choose ten films that have been significant commercial successes. Based on these, there’s no reason that The Great Wall could not have been similar.

This Japanese film, based on a popular manga and anime, earned three times its budget at the box office. With just $20 million budgeted, the $61.7 million return immediately justified two sequels and became one of Japan’s most recent export darlings. Almost as impressive as the raw box office returns is the fact that this film is incredibly Japanese, and based on a period of history that doesn’t hold much interest or relevance to the west. 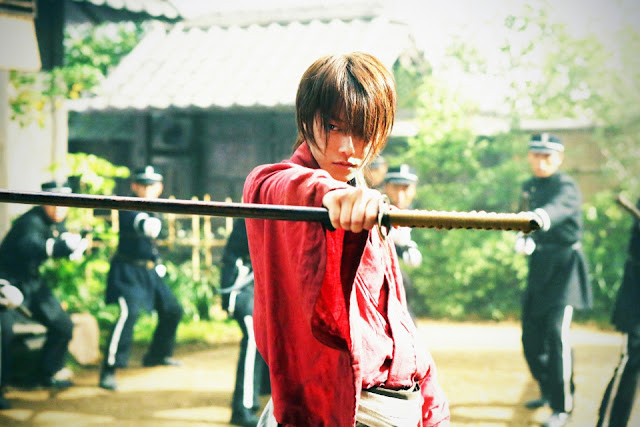 On the surface, the fact that this film grossed $20 million in the box office might not sound like much, but that number also means it returned 20 times its budget. Yep, that’s right, Tony Jaa’s breakout hit cost just $1 million to make. Thailand might not be known as a major film industry, but this film may just set the country up as a centre for action films over the longer term. 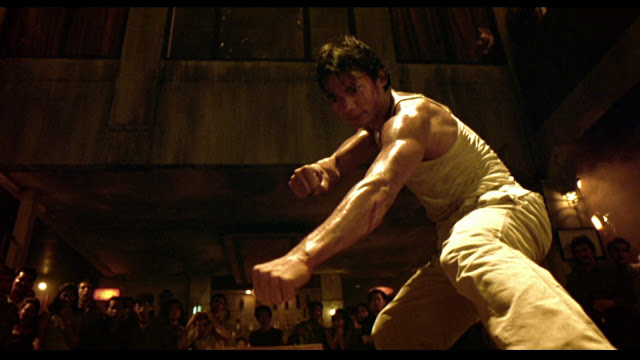 You may not consider India to be part of “Asia” due to the significantly different culture and ethnic communities in the country, but geographically it is, and I’ve included it on this list for a very significant reason; Bollywood’s presence outside of India is very niche, and so Bollywood films are typically made for domestic consumption. PK make $120 million, as a Bollywood film, showing that, not only do large population countries like India, China, Indonesia, and Japan, not need to have white guys in leading roles, they can also make hugely successful films without bothering about whether westerners even bother going to watch it. 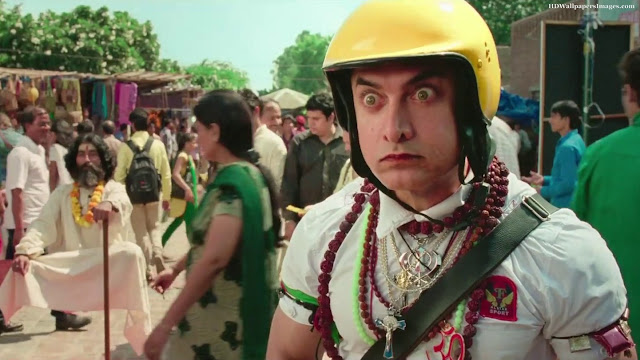 This film goes on my little list because, not only is it a film about Asia starring Asians, but it’s also an incredibly R18+ rated film – it’s effectively erotica in places. That Adults Only-rating is meant to kill a film’s box office potential, but this one pulled in over $67 million at the box office, for a budget of just $15 million. Ang Lee’s talents as a director seem to have overcome all kinds of reasons that his work should have been a failure. 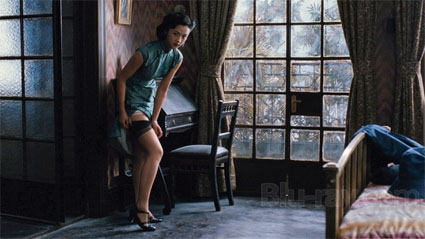 This is a film you probably haven’t heard of before because – you guessed it – it was made mostly for consumption in Japan and is incredibly Japanese in theme and style. But it just happened to also be a mega-hit film, grossing over $155 million at the box office. That makes it the highest grossing Japanese film of all time that wasn’t a Studio Ghibli film (for point of reference, Spirited Away, which I didn’t include in this list because, even though it didn’t star white guys, it was also animated, and I felt like it would have been cheating, grossed $289.1 million). 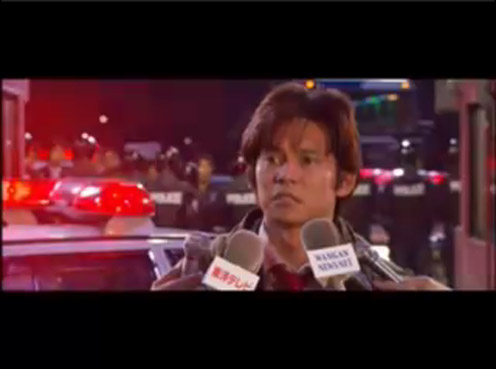 Yeah okay, let’s pull out the really big gun here. Directed by a Chinese director and financed entirely by Chinese business, and with an exclusively Chinese cast, 2016’s The Mermaid grossed $553.8 million.

I’ve got nothing more to say there. That’s a pretty big freaking hit for a film that cost $60 million to make. 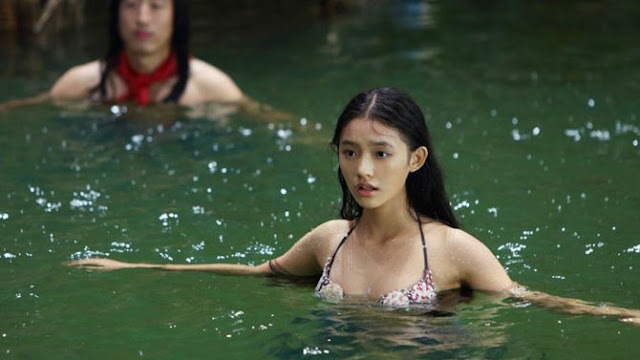 The Curse Of The Golden Flower

I had to list this one in here, as it’s basically my favourite Chinese film ever. Directed by the same man behind The Great Wall, The Curse Of The Golden Flower is one of the most visually stunning films you’ll ever see. It’s also very relevant to Chinese culture, being based on a poem written by a man during the Qi Dynasty, and stars Chow Yun-fat, an absolute superstar in his own right. The film grossed almost $79 million. 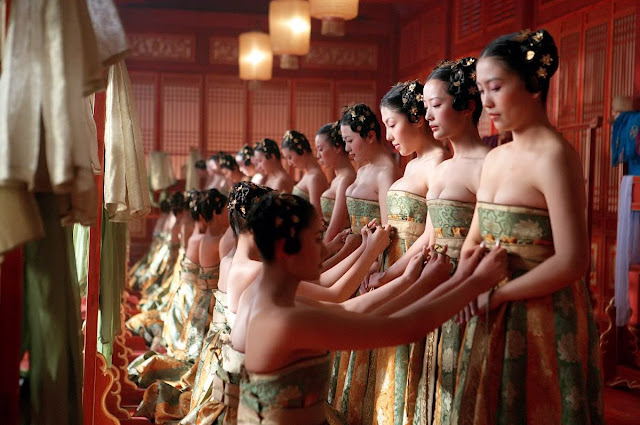 This film didn’t gross a massive amount at the box office, it must be said, ad $26.5 million. The reason I’m listing it here, though, it because it’s one of those films that is enormously respected by critics and hardcore film fans (it was nominated for an Academy Award), and it’s notable that this film had Russian and German financing, and a Russian director, thus proving it’s possible to have a film about Asia financed by western money without needing to stick white people into it. 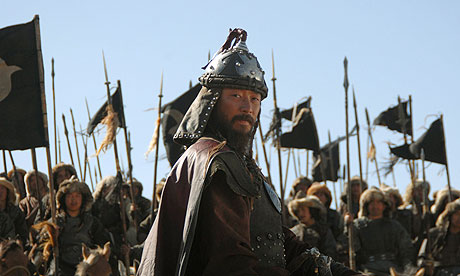 One of John Woo’s better films, Red Cliff was a major, major hit, grossing only a shade short of $250 million at the box office. This one was a reasonable success overseas, too, for likely three reasons: 1) It stars Tony Leung, who anyone who likes Asian film has a serious crush on 2) it was directed by a well-known director in the west, and 3) it was about the Three Kingdoms era, which many western people are familiar with thanks to the Dynasty Warriors games. 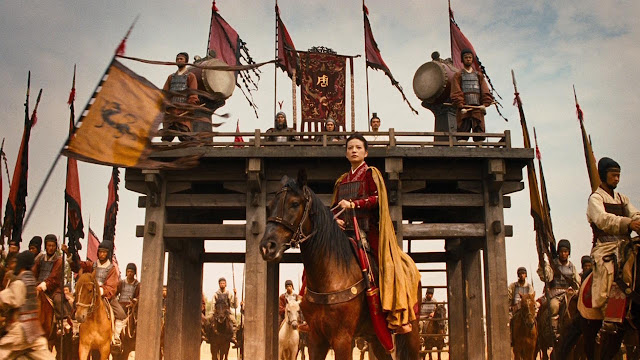 Surely, this is the most recognisable Asian film ever made in the west, where it was a cinema and awards darling, and really put director, Ang Lee, on the global map. Amazingly, its box office take wasn’t quite as high as its reputation might have you assume – it took $213 million – but it has remained a perennial favourite ever since, so one might assume its DVD and streaming revenues would remain robust, even today. This film is beautiful, artful, important, and powerful, and no, it wouldn’t have been improved if the producers got Brad Pitt or Tom Cruise to replace Chow Yun-fat. Retro reflections: On the impact that Final Fantasy had on all JRPGs