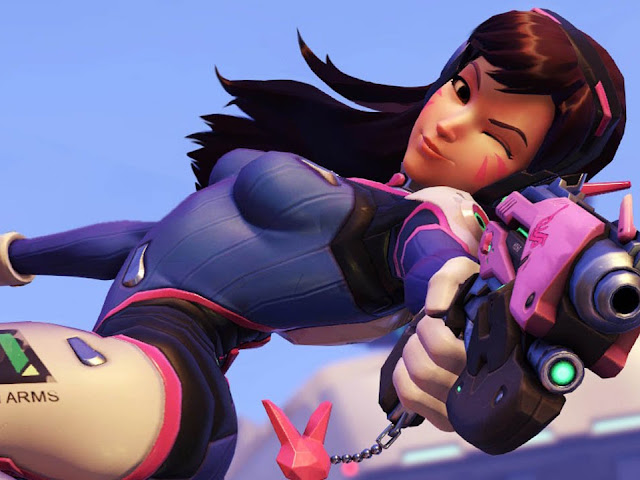 Overwatch has proven to be a rare beast indeed; an online-only, competitive multiplayer shooter that I can’t get out of my head… or, indeed, stop playing. The only other shooter that I’ve even continued playing after publishing a review of in quite some time was Splatoon, and Overwatch is certainly closer to a traditional example of the genre than Nintendo’s oddity.

To be entirely frank, one of the key reasons that I have continued playing is that the characters are beautiful, and therefore I care about them. Men, women, and robot alike, as a guy that really does need quality characters to enjoy a game, Overwatch’s key to success is the characters are distinctive, interesting, and attractive. I’m not the only one who thinks this, either; there has been an utter explosion of fan art and cosplay of the various characters, almost from the point the game was released.

But what really sets Overwatch apart is that it not only features beautiful characters, but it actively goes out of its way to reflect just about every idea of beautiful that is out there. And that’s something I think is worth talking about, because it doesn’t happen very often at all in games.

If you look at some of the other games that make the physical appearance of the characters a central point of interest to the game, it’s typical that the game will provide a homogenised vision of beauty. The most obvious example is, of course, Dead or Alive, which, aside from Marie Rose, offers players a choice of slim, athletic women with breasts that range from huge to huge plus. Another famous example of a game that places importance on the physical appearance of the characters, Senran Kagura, does much the same, only without the slightest hint of cultural differences between the girls that Dead or Alive had. 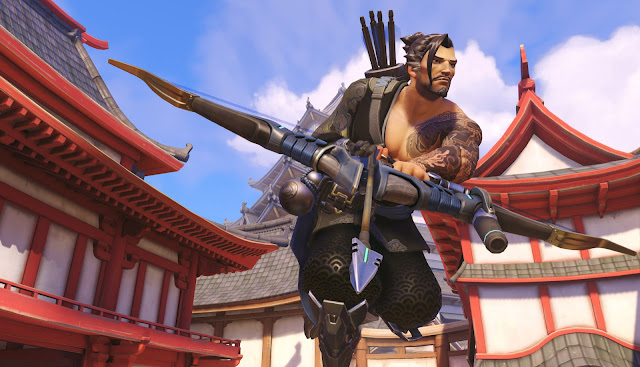 This isn’t a criticism of either game by any means. Rather, I use those games as a stark contrast to the characters that Overwatch features, who are all very culturally and ethnically distinctive. D.Va is a representation of Asian-style idol beauty. Symmetra’s darker skin comes with a completely different physique. Mei is gorgeous with her far more ‘realistic’ beauty.

Critically, Overwatch also doesn’t ignore the men. Though Blizzard has more comedic male body types with the likes of Roadhog and Junkrat, there are others like Reaper (in human form) or Hanzo that, again reflect a diversity of male physiques, and cultural perceptions of attractiveness that lends the cast a greater variety than in something like Dead or Alive, where most of the males have a single body type and physique.

Why is this important? After all, the character design doesn’t have an impact on the gameplay. Especially in a fast-paced shooter such as Overwatch, where during battle you can’t see your own character (because FPS), and you’re typically too busy actually doing the fighting to notice the specifics of each of your opponent’s behaviours.

The reason this is so important is precisely because it offers something for everyone to care about. In the countdown before a battle starts, and the after battle victory pose, these characters are able to exhibit their personalities and really draw you into the experience. When the action is a little more settled, you can kick back and appreciate the effort that Blizzard has put into each unique character. Each individual victory pose, each little greeting wave that you can have your character do before a match starts, helps to give these characters distinct and different personalities and behaviours. 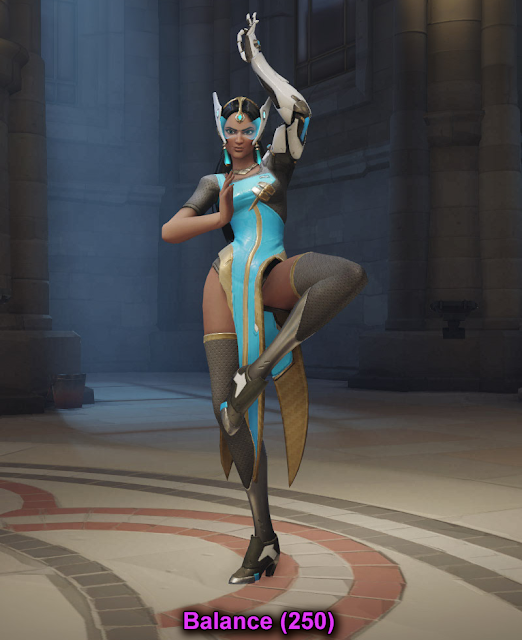 And in this context it’s a really good touch that Blizzard has been so inclusive. Not just because it’s a positive, progressive move in an industry that is often so happy to capitulate to the conservatives, but also because it makes good sense. Overwatch is a game that has been designed for millions of people to enjoy. While it’s perfectly possible to enjoy characters that have no resemblance to yourself or your idea of beauty, if there are characters that you can resonate with on a more personal level, of course your connection to the overall game is going to improve by magnitudes.

I’m not even going to pretend otherwise; in the early going with overwatch D.Va – and to a lesser extent Mercy and Hanzo – were absolutely critical in holding my attention. This is not a genre that I generally play, so there are always going to be plenty of people who are better than me at these games, and with most shooters, being significantly outclassed kills my interest really early on.

But with Overwatch, even as I was losing or alternatively being carried through to victory, there were those before and after moments to remind me that hey, I really liked these characters. Their personality, and their visual design, kept me playing. When I started getting the occasional play of the game award, and got to watch my characters do their little victory animations, I felt a far greater achievement than having my name at the top of a leaderboard, as very infrequently happens when I play other shooters. At some point I realised that I’ve actually played enough that I’m not terrible at Overwatch. And, from there, I realised that I also really enjoyed the game purely on its credentials as a game.

The characters I like I do so because they fit the profile of what I find attractive. Other people have different ideas and will have a similar experience to me, only with other characters. This is, at core, why I think that comparisons between Overwatch and Smash Bros. are quite apt. Where Smash Bros. is obviously using existing franchises, it’s doing much the same thing; it’s relying on a familiarity and an attractiveness of the characters in order to help keep people interested as they learn the game. 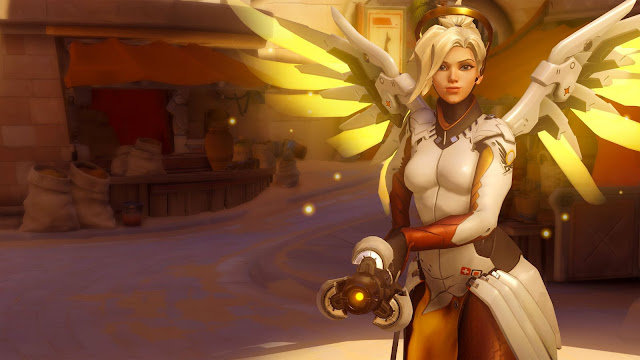 Obviously the characters of Smash Bros. are not “beautiful”, like most of the Overwatch cast are (well, except for the Fire Emblem crew), Blizzard’s game taps into a familiarity in its players; a familiarity around the different concept that each individual has around physical beauty, and other such cultural and identity markets.

I do tend to believe that this is why Blizzard will have a long-term mega-hit with Overwatch; I see the characters becoming incredibly popular cosplay subjects, and figurines and goods being made of them and then sold all around the world. Other games I see fading over time, such as Destiny, Titanfall, and most military shooters, because they simply don’t have that same sense of character, but with Overwatch, there are people that will continue playing almost as much because they just enjoy the characters as they do the gameplay itself.