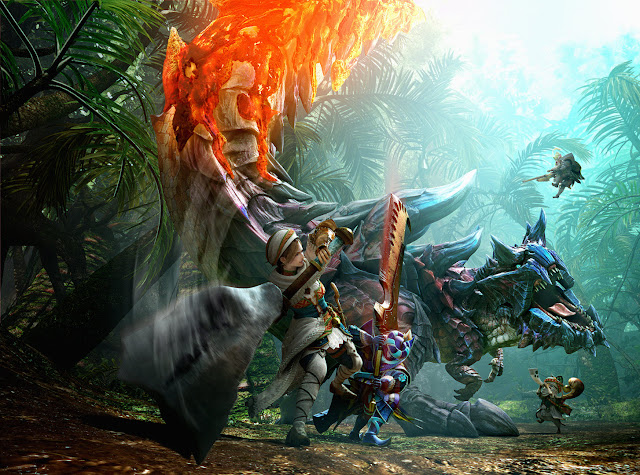 The Monster Hunter series has some pretty rabid fans out there, my son and I among them. The core formula does not change much from one release to another, but then it doesn’t necessarily matter with this franchise. But I have to say that Monster Hunter Generations is the strongest entry in the series to date for multiple reasons… and yes, it even does a couple of things differently this time around.

The familiarity is there from the moment you fire up the game. As a veteran of the series, I found that to be comfortable, but the other thing I quickly noticed was that this might be the most approachable Monster Hunter game I have played yet. The tutorials in past games were often lacking, but here the script has been flipped and they can be a little too long-winded for their own good. Do we really need a nearly one hour introductory tutorial on how to collect plants? Probably not, but Capcom is clearly erring on the side of caution here, perhaps in a bid to convert a new generation of fans.

The mission-based structure at first seems like it might be a good fit for the portable 3DS – pick up the console, play a mission, get on with life – but I cannot help but feel that the series has outgrown the system. Monster Hunter offers long missions, and for that, it might as well be on a console. Beyond that, while I enjoy the aesthetics and art style, the 3DS console is no longer able to keep up with the ambition of Monster Hunter’s artists, and the game is looking dated as a result. A large new monster still impresses at a glance, but at the same time I would love to see these creatures designed on more modern hardware with a livelier, more animated environment around them. 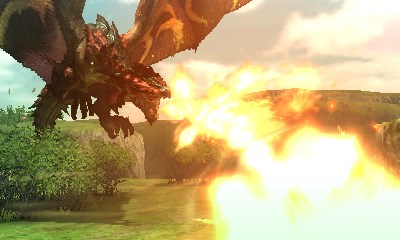 That being said, Monster Hunter Generations still remembers what has made the series great as your character roams different environments and collects resources and kills monsters and then uses their earnings to craft new and improved gear. There is a grinding element that you either love or you hate, but once you get hooked into it, it’s rewarding stuff to finally complete that gorgeous suit of armour you’ve been pining for for hours. In terms of the overall gameplay, you could be forgiven for viewing Generations as more of a half-release than a true sequel. Even with a word like ‘Generations’ in the title, you get the feeling that this is more a celebration of the older games, and that proves to be true as we get lots of monsters and locations that were present in prior games of the series. Some of them put quite the nostalgic smile on my face as Capcom managed to take many of the best elements from the series and put them together coherently in Monster Hunter Generations.

That being said, making this title a ‘best of’ would not have made it worth playing in and of itself. There are some new elements that have been added to the game, and most of them pay off quite nicely. For one, you have a bit more ownership over your character. Usually your character is something of a blank slate – you could even argue that he or she is rather dull as you have the ability to craft new gear, but the character does not evolve much. While the story is still pretty bare bones stuff, the newly introduced Arts and Styles allow you to create some extra personalisation, which is very welcome. ‘Styles’ refer to picking one of four modes of play that impact how you deal out your damage. The Guild style is the default one that returning players should be most familiar with. Aerial is built on the idea of flashy airborne combat techniques. Adept is all about counters and precise timing while Striker – my preference – is all about dealing out massive damage in quick bursts.

While the Hunting Styles are the more substantive of the new additions, the Hunter Arts is flashier and simply more fun. I think of them as akin to building up a super/EX gauge in a fighting game. As you play, that meter fills up and then you can use it to unleash a super skill that can significantly turn the tide of battle your way. Add these two systems to the full roster of returning weapon types, and you have a good deal of variety that allowed me to take greater creative ownership of my character than ever before in the series. 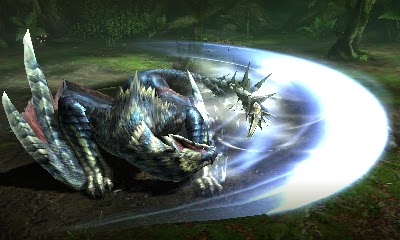 Probably the quirkiest of the game’s newest additions is the ability to play as a Palico – essentially a little cat who traditionally tag along with your character. Well now that you can be one, you can follow their own unique quests and give you a unique take on the series. This is not my cup of tea overall, but Palicos don’t have stamina bars, which makes them handy for gathering quests and they do help to change up the pacing of the game. Plus, they’re cute.

The story has never been the star of the show with Monster Hunter, and here the explicit story is even thinner than normal (if that was even possible), but I appreciated the fact that there are now four main hub locations. These villages help to make an already large game feel more expansive and better connected to a living, breathing world than the singular hubs that defined earlier games in the series. As with the Souls games, there’s a much greater sense of lore and world than what the explicit narrative lets on, too, which makes the game a rich one to lose yourself in as you’re playing.

Last but not least, one of the features that makes Monster Hunter games so popular is the online play, and Generations is no slouch in that department either. In fact I would argue that the online has never been better in the series, because the new Hunting Styles and Arts makes characters more distinctive and you see different styles of play and team building taking place. Party construction has never really been much of a concern before, and while it is not of the same level as many MMOs, it is more interesting than ever to see what your party looks like in battle against this game’s beasts. 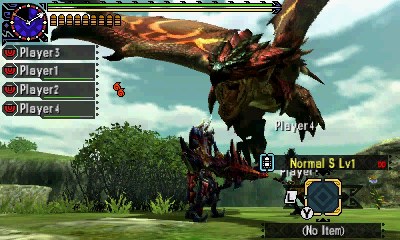 Monster Hunter Generations might not be a true sequel due to its similarities to Monster Hunter 4 and the many call backs to earlier games in the series. That being said, Generations does make some excellent design choices as it highlights everything that has made the series great, added some new mechanics to help keep things fresh and provides the biggest and best Monster Hunter experience yet. Fans of the series will no doubt come away thrilled with what is the best game in the series, while newcomers have not had a better entry point to the series in many years.