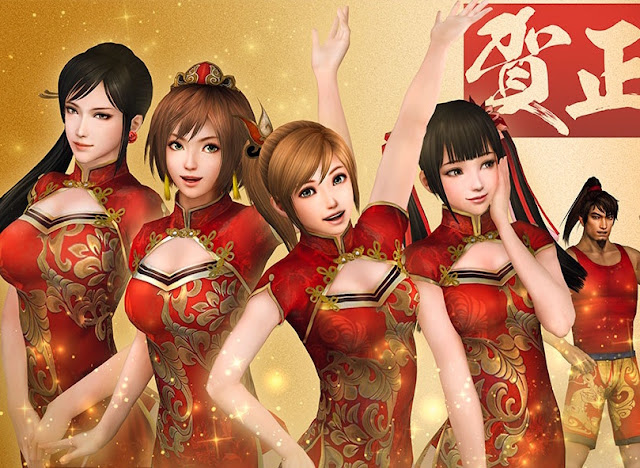 Next week at E3, Koei Tecmo will announce a new Musou (or Warriors, if you prefer) game, and it’s looking likely that it’ll be another crossover – like Dragon Quest Heroes, One Piece Pirate Warriors, and Hyrule Warriors – but with a “prominent overseas IP”.

In a financial statement last November, Koei Tecmo revealed that they had “made a deal of collaboration with a prominent overseas IP.” While this doesn’t necessarily mean a Musou crossover, that would be the most likely. We know that Omega Force has a “top secret” project to unveil at E3, and a new teaser site all but confirms outright that it will be a Musou game.

Koei Tecmo’s upcoming lineup is already looking quite full, with Nioh, Toukiden 2, Atelier Firis, Shin Sangoku Musou Eiketsuden, and Geten no Hana: Yume Akari, as well as the Western releases of Attack on Titan and Romance of the Three Kingdoms XIII. With that in mind, it seems unlikely (though not impossible) that Omega Force’s “top secret” project and the “deal of collaboration with a prominent overseas IP” would be separate things.

So, the odds are very much in favour of a crossover Musou game with a western IP. We’ll find out for sure what this new game, is, but for now, let the speculation commence!

Lord of the Rings

Lord of the Rings Musou is the most obvious contender. With its ensemble cast and fascination with large-scale battles, it already feels like it has a lot of Musou DNA that’d easily translate to a collaboration project. It’d struggle to differentiate itself from either other Musou games or other Lord of the Rings games, but if Omega Force was given free reign to put its own spin on character designs, that could be the thing to set this apart.

I’m lumping Marvel and DC together because they’d both be clear choices for more or less the same reasons: a popular current run of films, generally well-known even outside comic circles, and with decades worth of history to draw on for roster and story ideas. A Marvel Musou or DC Musou on their own would be neat, but what I’d really like to see – and what would probably never happen – would be Superhero Musou: Marvel vs DC. A Marvel / DC crossover is something that carries the promise of so much excitement but it comes with so much risk; something as relatively low-key (in the grand scheme of the properties) as a Musou game would be a perfect testing ground.

I’ve yet to play Teenage Mutant Ninja Turtles: Mutants in Manhattan, but by most accounts, it’s not very good. And yet, everything I’ve read about its combat design makes it sound like a natural fit for a Musou game. Take the same core fighting mechanics and the same beautiful art style, but throw in Musou-like objectives, battlefields, and an expanded roster: Splinter, April O’Neil, Shredder, Casey Jones, Bebop, Rocksteady, Metalhead… Teenage Mutant Ninja Turtles: Musou in Manhattan would be a delightful game. 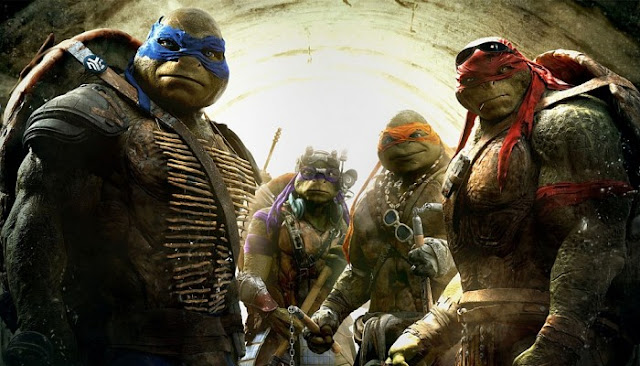 Western IPs don’t come much more prominent than Call of Duty and Battlefield. This suggestion is, admittedly, mostly in jest, but it could actually be a rather interesting game. Musou, Call of Duty, and Battlefield all have their origins in historically-set games, albeit from vastly different time periods. A Musou game set in World War I or World War II could be fascinating, and in lieu of noteworthy characters to line the roster, which Call of Duty and Battlefield don’t really have, this game could use fictionalised versions of historical figures like Winston Churchill, Nancy Wake, and Lyudmila Pavlichenko. 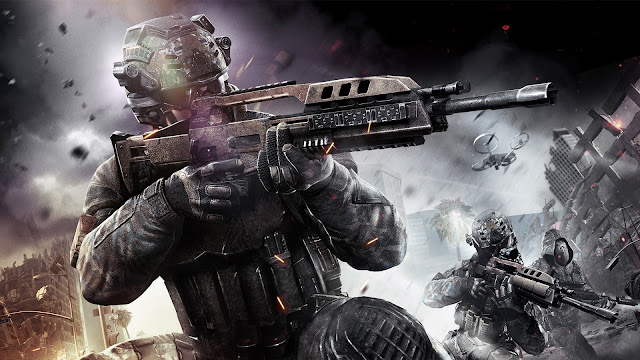 With so many colourful characters to choose from, and a model for an action game already present in Disney Infinity, Disney Pixar would be a surprisingly natural fit for a Musou game. It could even be a successor of sorts to Disney Infinity; a game that elaborates on the combat aspect of that game with bigger, more intricate battlefields, deeper character growth systems, and more focus on trying to do one thing well. It’d also be a great way to keep the physical toys aspect of Disney Infinity pumping, and those toys are way too good to just be cast aside with Disney Infinity itself. 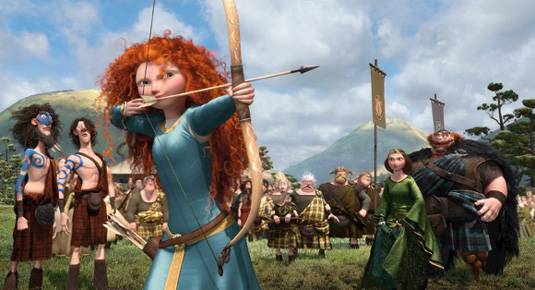 Like Disney Pixar, there’s so much precedent for LEGO games that would easily fit into a Musou format. Take the combat, tool-based puzzles, and building elements of Travellers Tales’ games, and throw them into big Musou battles, complete with LEGO bridges, ladders, mounted weaponry, and whatever else that needs to be built. Just like LEGO Dimensions, there’s a broad range of potential IPs that could be tapped into to fill out the roster.

Assassin’s Creed Musou could be a fascinating game, and a breath of fresh air for the franchises, both of which are often criticised for being repetitive and stale. The Abstergo framing device used by Assassin’s Creed would allow the Musou variant to easily span a large number of time periods and Assassins, rather than being confined to a single setting like most games in the series. Moreover, I feel like the stealth and parkour elements of Assassin’s Creed could bring a lot to Musou – you wouldn’t be assassinating individuals, but using the environment to flank enemy squads and get the jump on captains and generals. 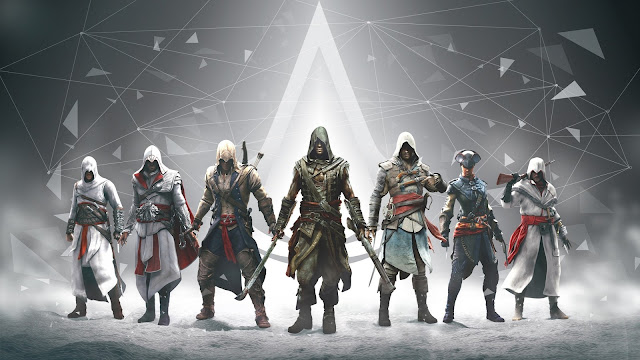 As much hype as there is around collaborations with other fiction, it’d be great to see Musou visit another historical setting; the History Channels Vikings offers the best of both worlds. As a story of conquest and warfare, Vikings has the same natural fit for a Musou game as Lord of the Rings, only with a much, much more interesting cast of heroes. Admittedly, I’d be happy with just about any Vikings game at this point – I just want to play a game starring Lagertha, dammit! – but I think Vikings Musou would probably be the best approach for a property like this. 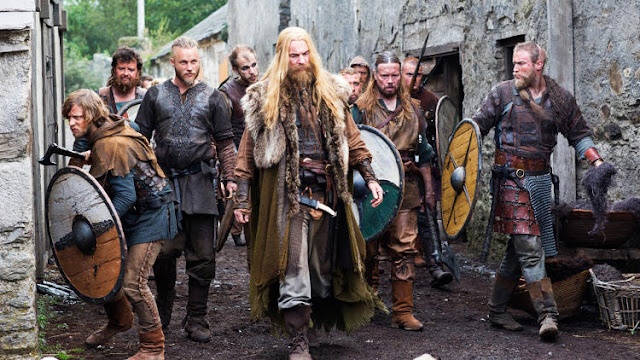 A lot is made of Uncharted’s casual approach to violence, especially when the hero will gun down hundreds of people in shootouts then wax troubled at the prospect of killing in a cutscene. I say, just run with it. Make Uncharted Musou, and let Nate, Chloe, Sully, Elena, and everyone else just go hog wild and kill mercs by the thousands. After the depressing, overly broody Uncharted 4, this would be a great way for Uncharted to return to its pulpy roots. At the very least, the series’ various settings would make for wonderful Musou battlefields. 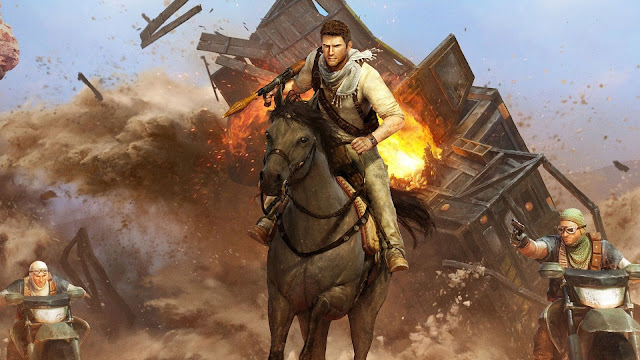 I can’t think of another franchise with nearly as much pop cultural weight as Star Wars. If Koei Tecmo could get EA on board (they have exclusive rights to Star Wars games, for better or worse), this would be a huge win for the Musou franchise. Lightsaber in hand, cutting through swathes of battle droids and stormtroopers? Sign me up. This is another franchise that’s centered on war and conflict, but unlike Lord of the Rings, it’s full of interesting characters and locales that would be perfect for a Musou game. Use Star Wars: The Force Awakens as the basis for combat in Star Wars Musou, and you’re golden. 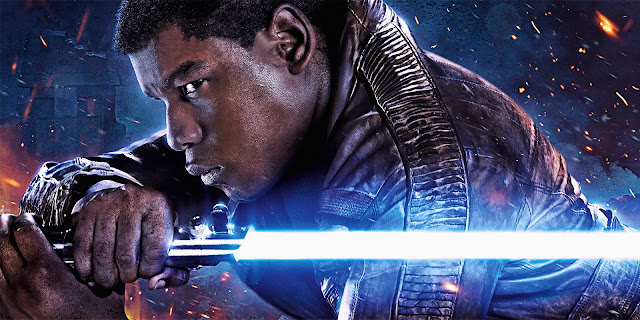