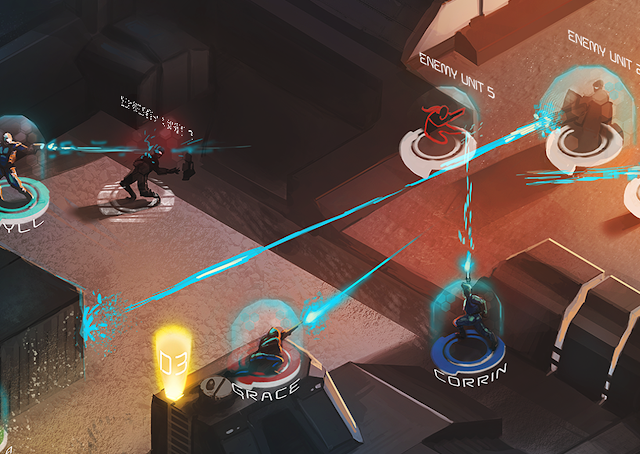 I’m always wary of games that try to offer completely different control schemes; especially when more traditional inputs work just as well. There Came An Echo is a squad-based tactical strategy game, and other than being in real time (on console they’re generally turn based), it would otherwise be a perfectly normal example of the genre.

Except this one is controlled entirely with you voice. Yeah, that sounds horrible, I know – who wants to speak into a microphone and then get irritated and frustrated when the voice recognition doesn’t work? Not me. I was very, very hesitant to give this one a go, I must admit. But, while the game does indeed struggle with my Aussie accent from time to time, I found myself really enjoying it, because rarely did the odd technical quirk actually get in the way of the play. There Came An Echo understands the weaknesses of the control input, but then does a really good job in making it a feature that works to the benefit of, rather than detriment to the experience.

When the narrative kicks off, we meet Corrin. He’s a fairly standard software developer nerd type, working at a fairly standard office. But he’s developed something he probably shouldn’t have, called Radial Lock, and nondescrepit men in suits have arrived to deal with him. Luckily for him, some assistance has arrived. Matrix-style, a woman calls him and directs him out of the building safely. He’s later attacked at an airport, but a mercenary turns up to help him escape again, and then it’s time to turn the tables back on the attackers, and Corrin and his team go on a series of missions to uncover, and then defeat, a deep and extensive conspiracy. 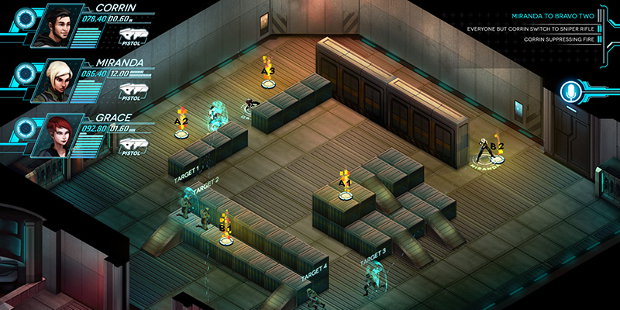 It’s not the most original plot, granted, and for all the futuristic elements unfortunately fails to do much with the cyberpunk themes that it could have run with. The Matrix wasn’t a masterpiece just for its technical brilliance; it was also remarkably effective blending a wide range of philosophy and deep thinking into its action plot. Removing much of this – at least, until the last two hours or so (and I’m not going to give spoilers here, so I’ll just need to leave it at that) leaves Echo feeling quite empty through much of its run time.

What I can say without giving spoilers is that those last two hours are just enough to get you thinking, and the themes run across a similar range as in the Matrix, around the nature of humanity and all that weighty stuff, and as the game is only six or so hours in total you’re not going to have to wait too long to get there. I also really appreciated that it’s a less serious narrative, and comfortable throwing in jokes along the way, even if they weren’t always able to make me laugh.

It’s unfortunate that the entire narrative can’t be more like its end game. What makes this especially disappointing is that the developers have somehow pulled together a really top-class voice team, and they do a really convincing job with the material that they’re given. Wil Wheaton and Laura Bailey are headliners, and it’s that much easier to get into the game when you’re hearing the distinctive voices of Wesley Crusher and Persona 4’s Risette talking to you through your headphones. Indeed, for an indie game, the presentation across There Came An Echo is refined and of a high standard, with a clean to-down isometric engine and nice detail in environments. It’s easy to keep track of everything when battles heat up, and while the characters are too small on screen to have personality in their visual design, the voice talent makes up for that. Even if I kept imagining that it really was Risette in the game. 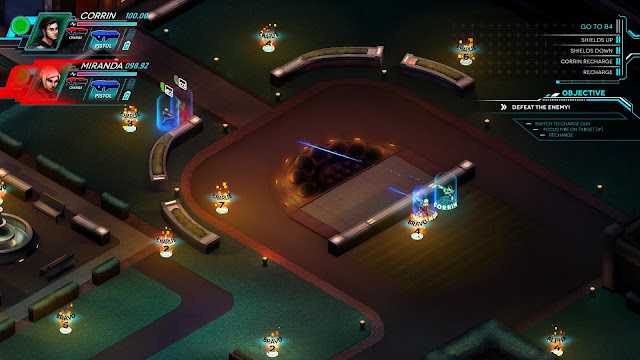 Playing Echo requires that you bark commands into a microphone, and no, there is no other way to control the characters. Once you’ve got your headset set up, you command units to move around by speaking their name, and then directing them to move to any of a number of points on a map. So for example, I might tell Corrin to the Alpha 3 point (which is represented with a beacon on the map), because that Alpha 3 point sets up flanking opportunities for me to take out the enemies easily, while my other heroes keep them pinned under a barrage of heavy fire.

The points that units can move to are predetermined, and you can’t control movement aside to those points, so the strategy of the game is more about puzzling through the most effective combination of movements that the game wants you take. But it’s still challenging, and rewarding to pull off, as you’ll need to manage all these characters in real time, and each has alternative weapons that have different battlefield application, healing packs that need to be used at the right time, and so on. The voice recognition software requires that you’re calm and precise with your commands, and this creates a fascinating dynamic in itself; the temptation will always be to bark out commands quickly and frequently, but that’s a recipe for disaster. Instead, you’re rewarded for keeping a cool head and executing strategies with a clear, steady, precise, voice, even as your troops come under heavy fire. In this way, Echo reflects the kind of mentality that real battlefield commanders must surely require better than most games out there.

And on a fundamental level, it is really good fun to kick back and be pushing soldiers around with the power of your voice. It’s an odd feeling at first, as we’re so conditioned to be using our hands to interact with game interfaces, and the first couple of times my wife found it hilarious that I was actually using lines like “Corrin, target [enemy] 2, Miranda, move beta three,” but after a while it certainly becomes a comfortable, natural way to interact with a game like this. 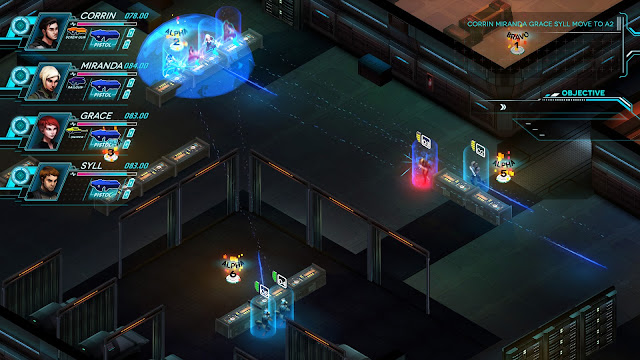 I came away from There Came An Echo quite sold on its unique approach to inputs, and that is both surprising, and really quite inspiring. Because it plays so differently, the game requires that you take a very different approach to playing it, and while I don’t think this is an innovation that’s going mainstream any time soon, having a voice controlled game on the PlayStation 4 makes for a unique, interesting, diversion. Throw in production values well beyond what most indies can achieve, and a plot that will get you thinking across its last few hours, and you’ve got a genuinely worthwhile little experiment here.

Australia’s hypocritical, incompetent, Classification Board strikes again, and bans another game from Japan