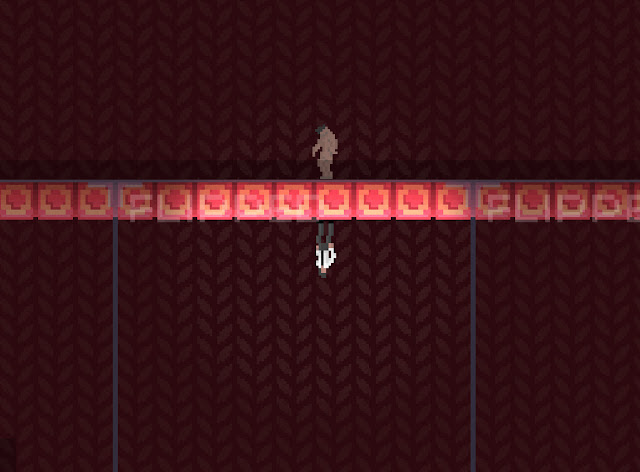 In Retsnom, pressing L1 will cause your character to commit suicide in a brutal, graphic fashion. This is noteworthy, and not just because it’s a useful reset button when you inevitably dig yourself into a whole, or because it carries some heavy narrative consequences. It’s noteworthy because, for the bulk of my time with the game, I too wanted to smash my head into the ground repeatedly; Retsnom is one of the most frustrating, infuriating games I think I have ever played.

There’s a really good idea at the game’s core. It’s essentially a puzzle platformer in which you can mirror your character’s immediate surrounds to alter the landscape and open new paths, which should make for some really fascinating puzzles. And sure enough, Retsnom’s puzzles are intriguing and fiendishly clever, but they’re so obtuse that I found them impenetrable.

See, you’re given a lot of freedom with how you use your mirror ability, so you’re given plenty of opportunity to do the wrong thing. If you can’t see the solution, you’re left to trial and error with an almost infinite number of permutations, only a handful of which will be correct. As you get further into the game, solutions become more complex, typically involving a number of sequential flips in order to get the platforms set out in just the right way. New mechanics get introduced, like the ability to switch between vertical and horizontal mirroring, and there’s very little to help you grow accustomed to these tools and how they interact with one another. You’re just left to flail. 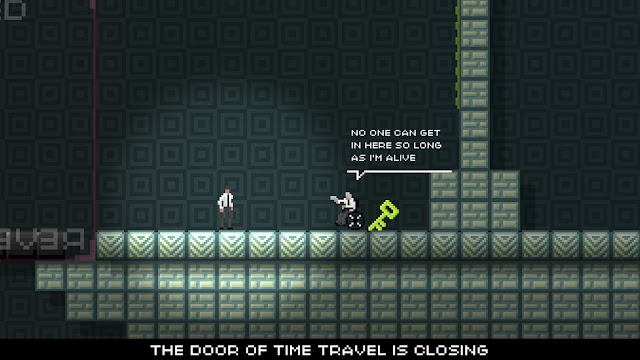 I like to think I’m at least a moderately intelligent person, and I play plenty of puzzle games, but Retsnom stumped me, wholly and completely. It didn’t take long before I resorted to using a Let’s Play video series to guide me through, and even with that, I wasn’t able to make it to the finish. Between the nightmarish puzzle design and controls that aren’t nearly as responsive as they need to be, I reached a point where, even with the solution right in front of me, I was unable to proceed. Maybe I just lack perseverance, but when I’ve spent over an hour trying aimlessly to get past a single puzzle – not even a whole level, but a single puzzle within it – to no avail, I’m going to throw in the towel.

Perhaps the most frustrating part of all is that there’s a fairly interesting story in Retsnom, but the difficulty of the game means that few people will actually get to see it through. It follows Koo, a scientist involved with a project that unleashed a zombie outbreak, as he searches for his lost daughter. His journey sees him travelling into the future, where a vaccine has been crafted, and he ultimately has to choose between saving his daughter and saving mankind.

It’s a familiar tale, but Somi has put an interesting spin on it. Unfortunately, the mysterious nature of the game means that you won’t find out what’s actually going on until the end, which means persevering through the arduous rest of the game – or at least watching someone else persevere through it on YouTube, like I did. Retsnom is a unique and interesting take on a rather played-out idea, but the game does its utmost to prevent players from actually seeing what sets it apart. 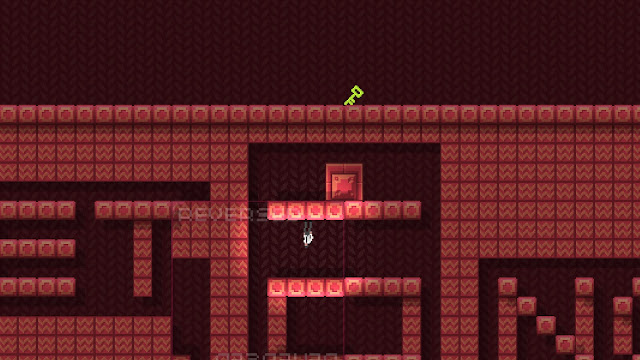 Of course, the difficulty plays into that theme as well. The seemingly futile struggle to overcome becomes particularly pertinent, as do the repeated deaths that amount from fighting your way through the game. This is one of the rare games that I’d say justifies being genuinely challenging and not offering an easy mode because of how significant that aspect of difficulty is to the narrative. With that said, though, there needs to be some sort of balance; if the game is so hard that most players will never come to discover what makes the game’s difficulty meaningful, then what’s the point?

As much as I’ve criticised Retsnom so far, it remains impressive for one key fact: the whole game was made by a single person. Like Thomas Was Alone and Axiom Verge, it’s a testament to how much a single developer can do on their own, and it’s a great example of creative solutions to the problem of skills shortages when you’re a single person trying to do all aspects of a game’s design. In lieu of a dedicated art team, Retsnom uses a minimalist, low-fi graphical style that works really well for a game of this nature. Rather than involving sound designers and composers, Retsnom makes great use of public domain music – Doug Maxwell’s Solo Cello Passion and Beethoven’s Moonlight Sonata are particularly noteworthy, and their use brings an important degree of poignancy to the game.

What Somi has achieved in creating Retsnom all by himself is remarkable. It’s just a shame that the frustrating puzzle design and brutal level of difficulty will, I imagine, prevent most people from being able to experience the full weight of what it has to offer.