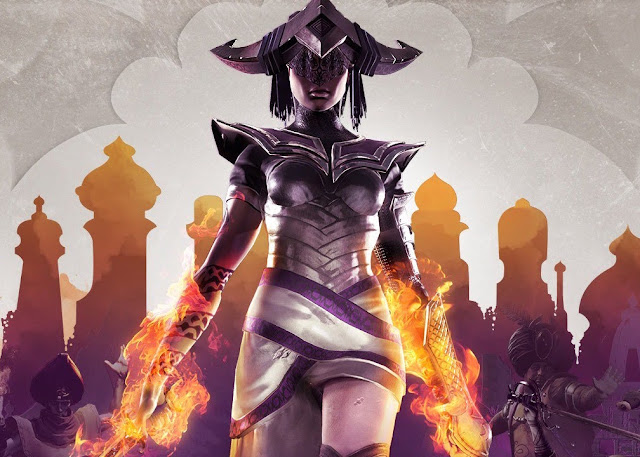 It would take a lot to drag me away from Overwatch at this stage. I’ve never been so intensely involved in a multiplayer combat game before.

But the existence of Overwatch isn’t going to stop the absolute flood of other multiplayer combat games from washing over us. Of those coming up, Mirage: Arcane Warfare is actually standing out, thanks to its premise and setting.

From the same people that brought the cult favourite Chivalry game, Mirage: Arcane Warfare is set in a very Magic Carpet-like fantasy Middle East, complete with deserts and opulent palaces, and gives you control of either a warrior or magic user. Combat plays out in first person, and you’ve got a range of strategies that you can employ, with different weapons, the ability to block attacks, and, of course, the ability to work with fragile mages, that behave like artillery on the back lines.

The game looks fairly simple on a technical level, but it looks like it plays quite cleanly. What made Chivalry quite popular within its niche was the sheer skill that it took to be really good at the game, and this one looks like it’ll be much the same; it’ll be a game for people who are willing to put in the time to understand how the combat system works, and how to play both offence and defence.