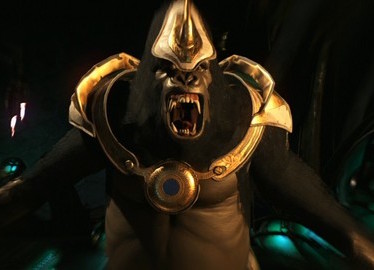 One of our favourite fighting games in recent years is Injustice: Gods Among Us. By the same developer as the sublime Mortal Kombat series (NetherRealm Studios), Injustice was a brutally dark fighting game, with a great fighting system, and an interesting narrative that really did justice to the DC universe.

Related reading: Matt’s review of Injustice: Gods Among Us.

The game was a success, and now Warner Bros. has announced Injustice 2 as part of its E3 showing. Injustice 2 looks like quite the iteration on an already solid framework, with more characters, a new plot, and that’s all we need, really.

From the press release: Injustice 2 continues the epic cinematic story introduced in Injustice: Gods Among Us as Batman and his allies work towards putting the pieces of society back together while struggling against those who want to restore Superman’s regime. In the midst of the chaos, a new threat appears that will put Earth’s existence at risk. Players can play from the biggest DC roster ever offered in a fighting game, from classic fan favourites such as Batman, Superman, Supergirl and Aquaman, to astonishing new villains like Atrocitus and Gorilla Grodd. Battles will take place across arenas that have evolved in scale and span across iconic locations such as Metropolis, Gotham City and Atlantis.

The game was in playable form at E3, so for an example of it in action, please find a video below (note: video not by the DDNet team).