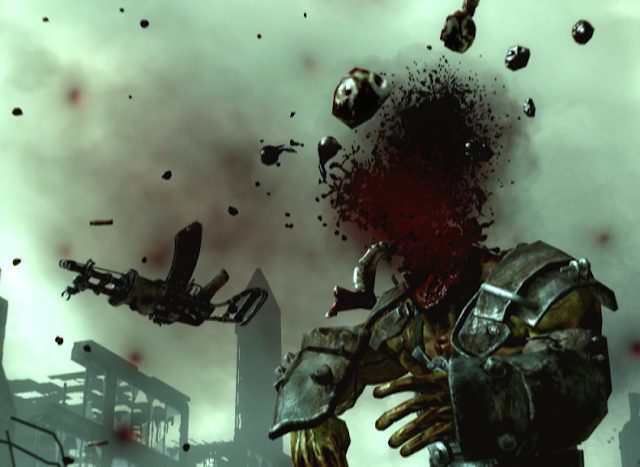 This is a conversation that needs to happen. Hours after the recent horrific terror attack in America, E3 began, and E3 showed a lot of violence. A lot.

But there is a link between the terror attack and games. That link is that they are both products of a fundamentally violent culture. We glorify violence in most of our entertainment products, and while there’s nothing immoral about doing that, it’s a feature of our culture that we do need to be aware of, and we do need to understand.

But in gaming we’re not allowed to talk about violence in a critical manner (i.e. not negative, critical). People who are critical of violent media gets piled on upon by an audience that wants to deny the cultural context that creates these products in the first place.

In my latest piece on Daily Review (which you can read here), I take a look at this topic. You can read a section below:

I’m not about to blame video games for the murder of people in real life. The science has found, via numerous studies over the years, that there’s no meaningful link between violent games and violent behaviour. I don’t believe in arguing against the validity of scientific studies when I’m not a scientist myself (also, climate change is real and people should get their kids vaccinated). I play and enjoy violent games myself – Mortal Kombat’s a favourite – and I know I have never felt the need to even hurt another person. So anecdotally I’m on board with the science as well.

In the games industry not only is it unacceptable to criticise violence, but it’s unacceptable not to celebrate it. Western culture is a fundamentally violent one. We ritualise violence as entertainment in “sports” like professional wrestling, which are not sports at all, but pure-play entertainment products that exist purely around the concept of violence.

Almost every major video game release makes violence a core component of the experience. And films are no different; look at the actual death counts and destruction in a film like The Avengers. Violent films, games, and other enter entertainments are not causes of violence in society. They are symptoms. We find them entertaining because we exist in violent cultures.

This is never questioned. In fact, it’s aggressively defended the moment someone attempts to even highlight it. Case-in-point: alternative video game designer, Jonathan Blow, the creator of the much-lauded Braid and The Witness, raised much the same point on Twitter, in response to E3’s opening shows, just hours after the shooting: