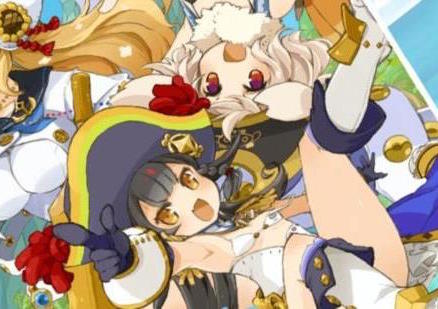 And for some non-E3 news for a change this week, Compile Heart has provided a new teaser trailer for a PlayStation Vita game that will never get released in the west.

Genkai Tokki: Seven Pirates is a JRPG, and forms part of the same series as Monster Monpiece and Moe Chronicle. Those games were pervy enough, but they’ve got nothing on this one. See, in Genkai Tokki, you can power your characters up by rubbing and pinching their boobs. You can either make them get bigger (which improves the character’s attacks), or shrink them down (to improve the character’s speed).

See what I mean? It’s never getting localised.

It’s a pity, though. These games are actually quite decent examples of their respective genres. Monster Monpiece is the only one available in the west, and it’s a quality little card game. Moe Chronicle is available in English via the Asia market, and is a quality dungeon crawler. Sure, they’re never going to appeal to people who aren’t into the whole fanservice thing, but it would have been nice if these games were available to those who are.

Still, can’t exactly blame Idea Factory for not wanting to wade through the complaints to give this an English release, especially given the “censorship” that would need to happen to allow it to be released at all.