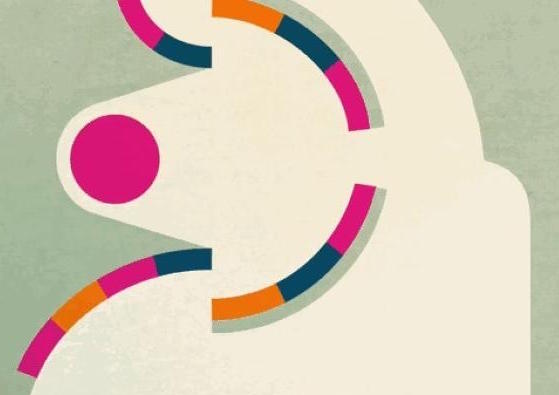 For an industry that was on its final legs just a few years ago, the resurgence of pinball as a viable entertainment product has been nothing short of inspiring.

New table manufacturers have appeared on the market, producing real, physical pinball tables at rates of growth that make it to games what vinyl is to music. Meanwhile, the likes of Zen Studios has been able to build entire business models out of providing a platform of digital pinball.

Capitalising on that resurgence is Inks, a casual pinball title that offers a distinctive, and really quite beautiful, art style and aesthetic. Playing it for the first hour or two is exciting stuff, because it feels like the developers have tried to do something genuinely new with the venerable game of pinball. Unfortunately, this is a vapid game underneath its beauty, and it is difficult to maintain interest over the longer term. 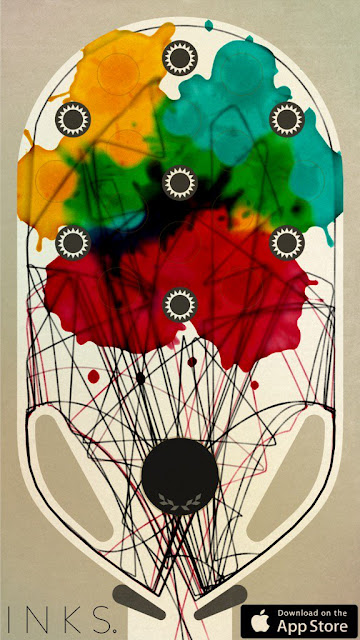 The game bills itself as “Jackson Pollock meets pinball,” which I think we can all agree is a quaint and interesting idea. Each table in Inks is a level, and the idea is to flick a pinball around the level so that it comes into contact with a whole series of colours positioned on the walls of the table. This causes the colour to splat and sent paint on to the table. Once all colours have been splatted the player need only direct the ball into a hole that appears on the table to finish the level.

These pinball tables are designed like you might have seen in the very first generations of the game – there aren’t ramps, traps, “missions” or much else to actually interact with. There are bumpers, and some difficult angles to contend with, but this game is less about flash, and more about precision.

The intent to force players to play precise is supported by the scoring system. Inks isn’t about getting points. It’s about completing its levels in as few shots as possible. The more flicks or guttered balls you allow before splatting all the colours and completing the level, the lower the ball rating – gold means you finished quickly and precisely. Black means you just finished. 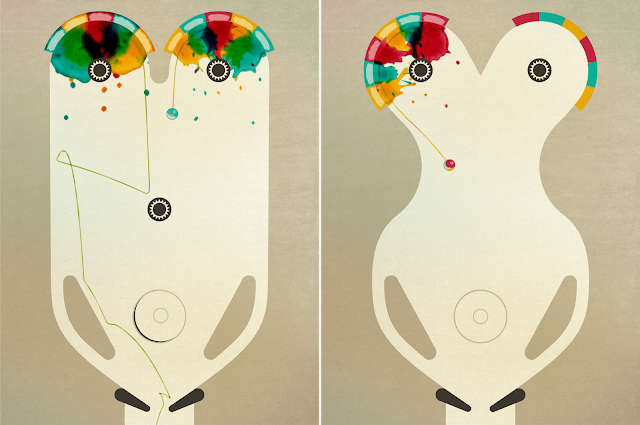 It has to be emphasised that this game is utterly beautiful, especially when the ball starts rolling through the ink. When it does that it leaves behind a trail of paint which, after a couple more flicks around the table, becomes this utterly mesmerising kaleidoscope of ribbon-like colour and patterns. Often I found myself performing poorly deliberately, just to see if I could create interesting images with the ball.

It’s subtle, too. If you don’t roll the ball through ink for a while, then the trail will start to soften and fade, as though a drying brush on a canvas. It’s a stunning effect in itself. Actually, I think creative-types will get a genuine kick out of taking such an abstract canvas, and a paintbrush that is so difficult to manipulate, and trying to some up with something special out of it.

For people looking for a game, however, I can see Inks becoming far more difficult to resolve. The fundamental appeal of pinball is that there is no upper limit to what can actually be achieved in playing. If you’re good, your score can stretch into the millions, and it feels like something earned, because it’s not an inconsiderable time commitment to get a big score on your typical pinball table. 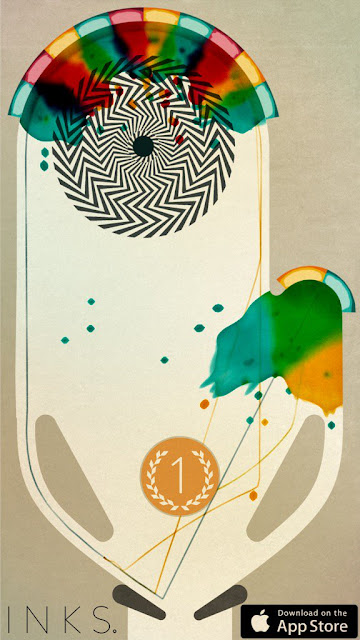 But in Inks there’s no real score to gun for, just some arbitrary trophies for finishing quickly, and there’s no real sense of reward in completing a pinball table in one shot. There’s an early thrill in watching the level map fill with gold balls, but that fades quick enough, because it’s actually quite easy to get them, on most tables, once you understand how the physics engine works.

Though there are a lot of levels, because they are over in seconds, there’s not a lot of content, and once you’ve got the gold ball, there’s not much reason to replay a level, either. And that is my second issue with Inks as a pinball game; the whole point about pinball is that you are meant to have a favourite table that you play over and over again. One of these days I’ll buy myself a real Arabian Nights table, because I could play that one for weeks and not get bored. On Zen Pinball, the new Aliens Vs. Predator table has me all kinds of addicted. With Inks though, the levels are so flat and basic, and the incentive to replay them is so low, that I can barely remember the design of any of them, let alone develop a favourite.

These criticisms are unfortunate because, in addition to making the investment on the beautiful art aesthetic, Inks actually plays a damned good game of pinball. The physics engine is simple, but clean and effective, and not once did I ever feel that I was being short changed by a ball behaving badly. The sound effects are spot on, too; I really did feel like I was playing one of those older pinball games that didn’t have a lot of complexity to them. 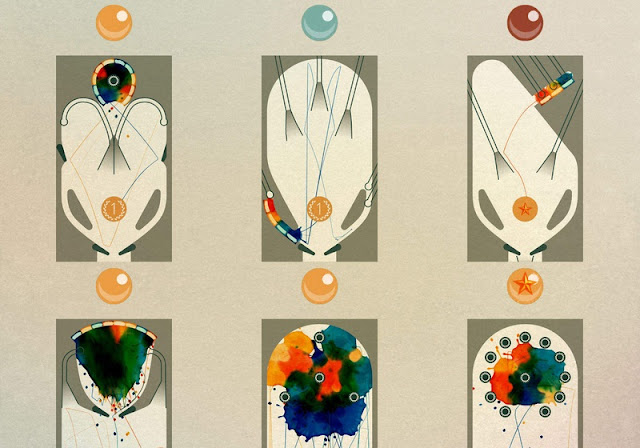 Related reading: A major feature that looks at the resurgence of pinball.

That Inks is a beautiful, elegant, and classy game is undeniable. That it’s a surprisingly creative outlet and is fun to play around with just to make patterns in the ink is a nice bonus, but as a game, this one is sadly lacking. I would like to see the developers take the basic art and mechanics that they’ve developed here, and turn them to proper pinball, because I think there is a lot of potential there, but unfortunately in this case there seems to be a fundamental misunderstanding about why people like – and play – pinball.

On the rebirth of the Star Ocean franchise