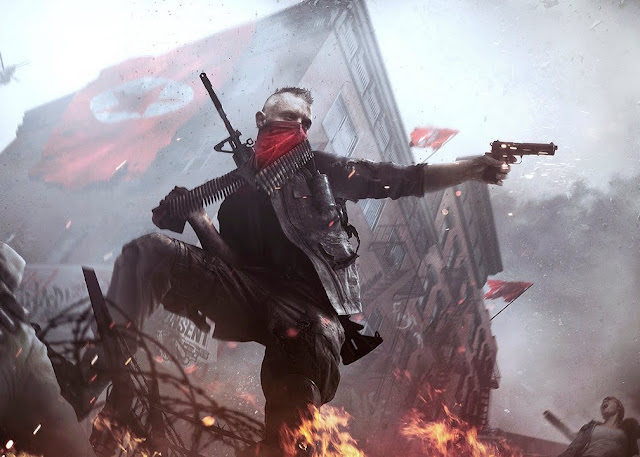 Over at Daily Review, I’ve published a new piece, looking at how blockbuster games are increasingly used as a platform for propaganda, promoting nationalist (sorry, ‘patriotic’) ideological views, right through to outright xenophobia.

That’s nothing new for the arts, of course – film, literature and other popular media have been used for propaganda at various points in time, but one point of difference in the games industry is that there is very minimal by way of alternatives – and by that I mean that where there are robust foreign film industries, non-western game studios are still expected to make games palatable to the western market.

My full piece can be read here, but a sample below:

Later this month a war game called Homefront: The Revolution will be released. It creates an alternative universe in which Americans get to play heroes defending their country which has been invaded by the Democratic People’s Republic of Korea.

But heroically defending your homeland could not be further from the apparent theme of Battlefield 1, to be released in October. This World War 1 game takes place across that war’s western front, and critically includes battles in the desert against the Ottoman Empire — a nation that spent the majority of World War 1 in a sorry state, simply trying to defend itself.

But in this version the heroes are either American or Allied forces, because this is Battlefield, and Battlefield can’t resist flag waving. So you’ll be taking on the role of a hero invading another country.

It’s a pretty good gig being a hero regardless of whether you are the invader or the invaded.