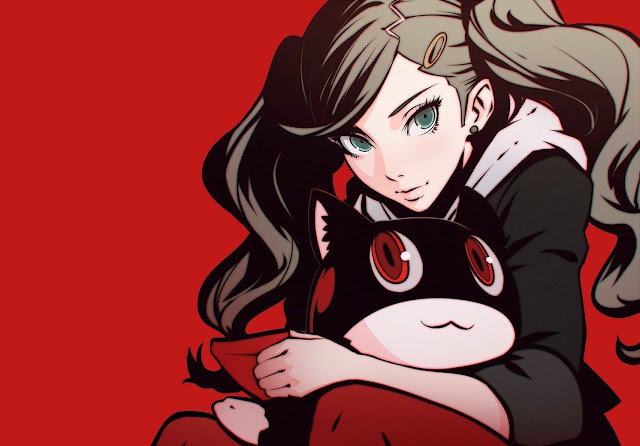 I am certain that by now everyone DDNet reader has seen the latest Persona 5 trailer and the announcement of the (Japanese) release date. If you haven’t all those details are here.

There is going to be a lot written about that game in the current weeks and months. We’re going to write a lot about that game. I’ve already decided that Anne is going to join Risette in my waifu hall of fame. She’s gorgeous. The whole game is gorgeous. It’s the most stylish game I’ve ever seen. And that’s before we’ve seen more than a glimpse of it.

But today I simply want to register my sincere belief that, more than anything else, boy has Atlus done the right thing by its Persona franchise. One of the neatest bits of news that many overlooked is that this year is actually the 20-year anniversary of the Persona franchise. Twenty years is impressive enough in isolation, but here’s the real kicker with it; Just five main franchise entries in 20 years. Sure there have been offshoots like Persona 4 Dancing All Night and Persona Q, but by comparison we have had five main Call of Duty and Assassin’s Creed games in five years.

I know on one level this is frustrating. Persona 5 has been delayed, numerous times. It went from a final hurrah on the PlayStation 3 to being a PlayStation 4-led release. I want the game right now as much as the next guy, but on a more rational level, these infrequency of releases is, I am certain, why Persona has been such a great franchise.

By giving the development team the time they need to really muse over the game, and by being willing to allow it to be delayed, Atlus, and now SEGA, has allowed the creative people behind the Persona series to be creative, and on their terms. Creativity is rarely sustainable when it’s rushed. Unlike Final Fantasy XV, which has gone through a long and troubled development, Persona 5 isn’t a game that has gone through the drama of creative lead changes. It’s simply been allowed to progress at its natural rate. 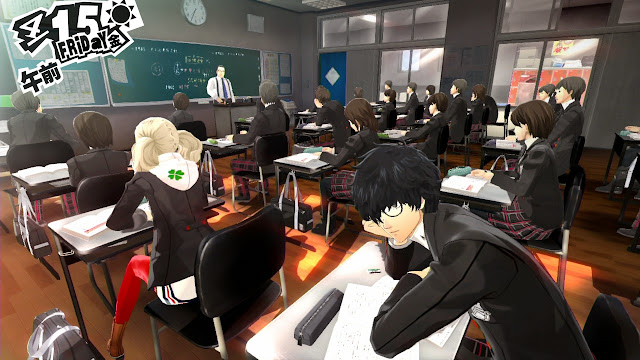 That can’t have been easy for Atlus or SEGA. This game is going to be a major force to be reckoned with on release. People talk about the apparent decline of the JRPG genre, but there have been hits from niche places in recent years – Ni No Kuni, for example. Xenoblade Chronicles X was a relative success for the Wii U platform. Final Fantasy XV lands this year. SEGA knows the game will be a hit when it lands, so to allow it to stew suggests that SEGA also understands the creative expectations that the fans have on the series. And so it made the wise decision to hold off on Persona 5, and instead register some quick wins with the Persona 4 off-shoot games in the meantime.

That delay might well work in SEGA’s favour beyond the reputation of the game and fan response. With Final Fantasy XV to launch this year and put some real and genuine AAA-interest back in the JRPG genre, Persona 5 will be able to piggy back on that renewed level of interest. It’s a fairly esoteric looking game in isolation, but promise more of the depth and value of what people got in Final Fantasy XV, and Atlus might just find itself with another few converts along the way.

One of the best things that happened to Atlus was that it was acquired by SEGA. Between the two companies, we have seen some prolific output, and the likes of Hatsune Miku and Yakuza have been able to keep a steady flow of cash coming in to SEGA from around the world. Sega, through Atlus, also maintains a robust publishing arm in the west for third party games. What this all means is that the combined company has been able to afford to be patient with Persona 5, and the faith that the suits have in the creative team looks like it has been rewarded tenfold; Persona 5 looks like the most invigorating and creative game that we have seen in many years, and I would be honestly surprised if this game doesn’t wind up in the running for game of the year awards. Not just with DDNet, either – I’m talking about the mainstream publications. 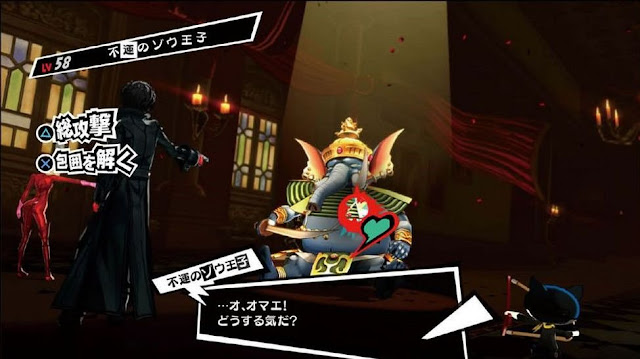 It might just be that rare game that has been able to remain distinctly Japanese while finding both critical and commercial success, and if that happens, it will be explicitly because SEGA, and Atlus, has allowed director, Katsura Hashino, music composer, Shoji Meguro, and their team the rare luxury to take their time and produce the game they wanted to achieve.

On games as a platform for propaganda

On making the music behind No Man’s Sky