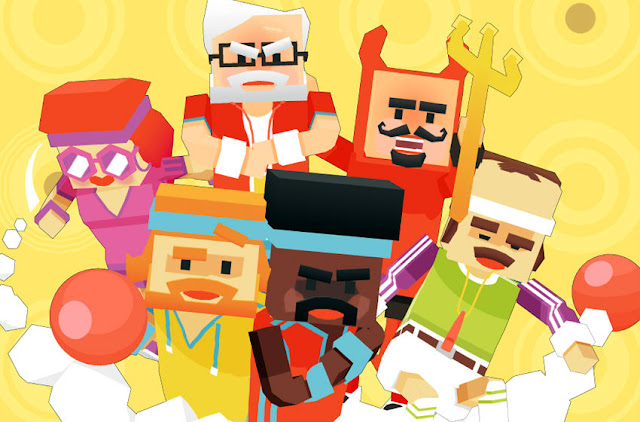 In a lot of cases this statement holds true for our heroes in one of the most delightful dodgeball games you’ll ever play, Stikbold. Our heroes, Bjorn and Jerome, gear up for their finals match against last year’s dodgeball tournament winners. With the coach still harboring feelings of animosity against his players for coming in second, he makes them go through a bit of training before their rivals show up. So far, fair enough. But then things get weird. The devil himself descends and steals last year’s winners before the match. Bjorn and Jerome are the noble sort and, not wanting to win by default, set out on a rollercoaster ride of weird events that will sometimes make you wonder “this is meant to be about dodgeball, right?”

Built as a two player coop game that can be tackled alone with an AI or locally with another player, Stikbold is as both hilarious to watch as it is it play. Far from being a typical dodgeball simulator, in this one players use dodgeball to fight off enemy aggressors on their quest to save the girl. Bjorn and Jerome’s adventure, while comedic, speaks volumes about the way tensions that can exist between competition and conventional morality. Mind you, there’s also a lot of comedy in this one that couldn’t be called exactly politically correct. Hippies are the target of humour in one instance, and later on you’ll be fighting off a fellow called Captain Ahab on an oil rig while simultaneously fighting off protesters fighting to save the whales. It’s never trying to be offensive – South Park this is not – but nor does it ever necessarily care about whether it is offensive.

In terms of gameplay things are reasonably easy to get the hang off, but the core gameplay manages to be quite challenging. Our star dodgeball players can move around, throw objects, dive out of the way of a projectile, or try and time a grab of it instead, and shove someone that comes close, either to steal the ball or push them into something dangerous. It’s a comedy kind of violence that you’ll get through Stikbold, but violent it is indeed. There are two different kinds of stage to move through. The first is a first to three competition that works much like normal dodgeball – hit a player twice and they’re knocked out. The last team with players left wins. The second of these are more like boss fights with a specific goal that must be reached in order to move on. Props such as jellyfish, TNT, rocks, hotdogs, and beehives come into play alongside the dodgeball to add some additional random craziness to the base dodgeball action.

Mechanically Stickbold is solid. Instead of being overburdened by too many options, multiple actions are rolled into only a few key controls. Throwing any object is done by holding down its button but timing is everything. Holding on too long will cause what should have been a nasty whip shot to come out as nothing more than a fluffy marshmallow floating in the air making it easy enough to either dodge or catch for a return throw. Where things get interesting is that curve shots were taken into account and can be done rather easily with practice. With all of the crazy (lack of a better word) stuff happening, everything makes sense within its context, and that is where the charm of Stikbold comes from.

There’s additional challenges attached to each stage. For example, one might task you with not taking a hit, another might ask that you throw a jellyfish and hit two people, take out two protesters with TNT, or taking out four skeletons with a boss’ laser beam. Completing these challenges is both an in-game badge of honour as well as a more public one via PSN Trophies. Simply completing a stage will yield new characters that can be used in one of the two multiplayer modes for either a quick match or a free-for-all. 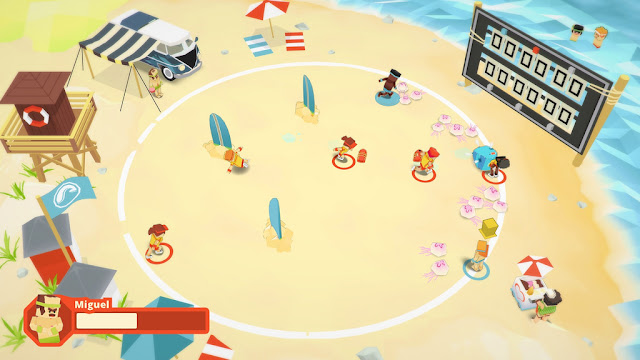 There’s nothing overly serious about Stikbold, and that is where most of the charm comes from. For a game that is nominally about Dodgeball I was overly impressed with how the developers were able to keep the experience fresh and comedic throughout.