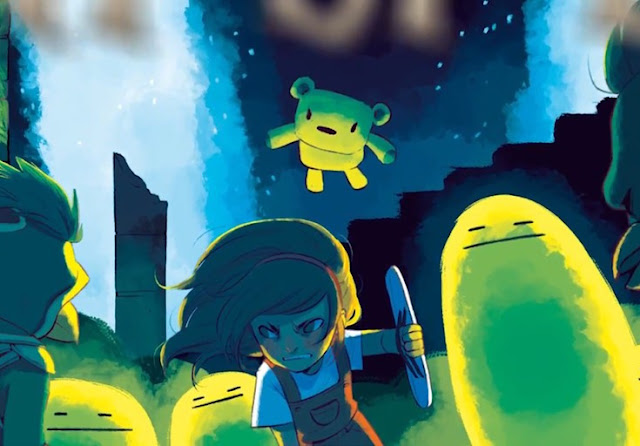 The one thing I love about being a part of DigitallyDownloaded.net is the fact that there are times when I have the opportunity to review a game I have no prior knowledge about. Of course it is always exciting to review the latest AAA title, but at times I think those games are a lot easier to write about.

Chronicles of Teddy: Harmony of Exidus is one such game. Not once had I ever heard that this 2D platforming adventure game involving a girl and her teddy bear was a thing that existed, until Matt cornered me and shoved it front of me. I also never had prior knowledge of the original game, Finding Teddy (Harmony of Exidus was originally to be titled as the direct sequel, Finding Teddy 2). The thing I love most about games I’ve never heard of is the fact that it gives me an opportunity to review it without any preconceived notions about how I think the game will turn out.

As it turns out, I enjoyed Chronicles of Teddy quite a bit. Most people would judge the game based on its perceived similarities to Zelda II, Castlevania: Symphony of the Night and Metroid. Personally, I think it runs fine as its own game. The game tasks a young girl with her teddy bear with setting things right in the world connected to her bedroom (yep). It feels like a fantastical throwback to C.S Lewis’ Chronicles of Narnia in a way, except the little girl is pretty kickass and she enjoys videogames. The introduction to the story is done in a way that the classic Zelda titles used to, with the scrolling text (complete with CRT television filter!) describing the story up until the point where the game begins. The introduction is a lot to take in, considering that console players of Chronicles of Teddy are fairly unlikely to have played the point and click original, so the introduction attempts to explain pretty much the entire story. 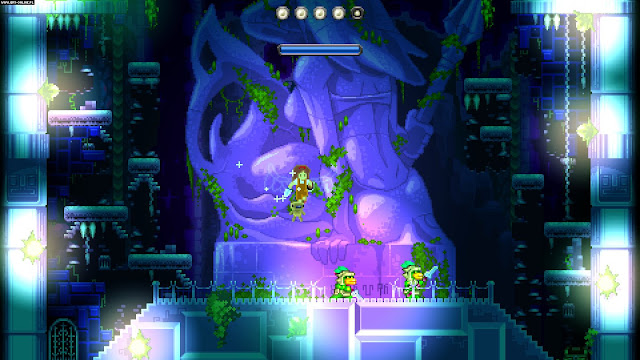 Once the introduction is out of the way, though, the rest of the game is pretty enjoyable, and plays much like an adventure where the girl needs to figure everything out on her own. There is very minimal handholding with Chronicles of Teddy, much like the games from back in my day. The first thing that everyone would notice is the artistic style. Chronicles of Teddy employs a pseudo 8-bit style, and I say ‘pseudo’ because, primitive as it looks, 8-bit consoles would not be able to handle what is seen on screen. Unlike a lot of the abundant 8-bit looking releases out there, Chronicles of Teddy employs an immense amount of detail in the environments, the animations are very crisp, and at times the game zooms out for larger sprites who have the same sized pixels as everything else on screen, throwing a lot more pixels on screen while maintaining that retro feel.

As mentioned before, the narrative is one in which the girl is required to discover pretty much everything on her own. Oftentimes I found myself stuck with absolutely no idea what to do, then all of a sudden I’m in a certain room and something that I’ve tried at random suddenly works. When a narrative is expressed entirely through the discovery of the main character, rather than a lot of NPCs or even tutorials telling them where to go next, it makes it feel as though I am more connected with that character. In this way it feels like a mix between the original Zelda and Metroid, in the way that both games offered very little in the way of clues and allowed the character to simply explore it for themselves and be the sole reason that the narrative progresses.

Even the items bought in the store have no description about what they actually do, meaning that forking over the gems to buy them is laying the trust completely on the idea that they will be useful, if not necessary, at some point in time. Some of the simpler mechanics of the game are expressed through signs found in the game, but there aren’t many of them, and they are limited to simple actions such as the running jump and pushing items. The lack of hand holding will not be everyone’s cup of tea, but it works for titles like this. That being said, there are moments when the obscurity doesn’t work to its benefit, and the map screen could do a better job of showing where the girl is in the world, as the detail the map offers is too minimal, in best case scenarios. 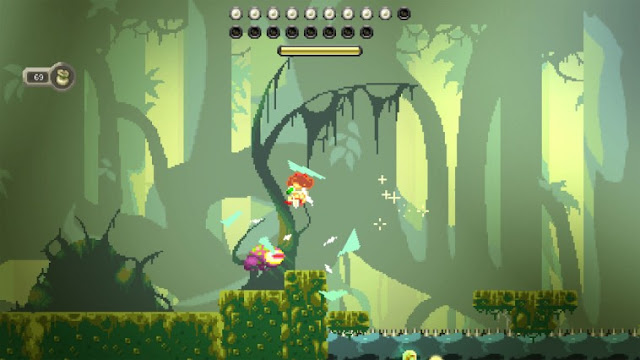 The music in Chronicles of Teddy is also pretty hit and miss. While most retro-themed games employ the use of some sort of Gameboy or NES Chiptune style, Chronicles of Teddy appear to have gone a step further and aimed for Commodore 64-quality music. In itself this isn’t such a bad thing; the sound chip of the C64 was one of the things that the computer really had over consoles at the time. Unfortunately, some of the tunes are pretty forgettable, and I ended up turning the music right down via the options. Once it was in the background, though, the music felt pretty atmospheric, fantastical and fit with the feel of the game pretty well.

Overall, Chronicles of Teddy is a pretty cool game. The reward of discovery is well worth the trip, and with some tweaks here and there, Chronicles of Teddy could have been one of the best releases of 2016. As it stands, it is still a gorgeous title worthy of your time.

This week on the DDNet podcast: Miitomo, Miku and more, oh my!