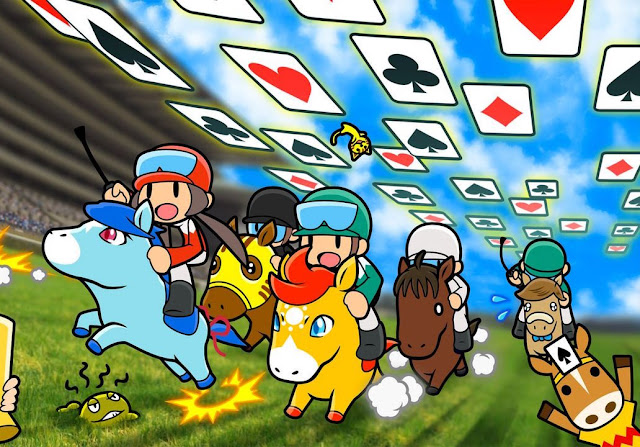 Due for a full release next month, a little demo for Pocket Card Jockey has arrived on the Nintendo 3DS, and immediately I have fallen in complete love with it. In the same way that Nintendo Pocket Football Club immediately grabbed my attention thanks to its ultra-cute art style, and then held it with its deceptively complex gameplay, Pocket Card Jockey clearly has a delightfully deep set of systems behind it support the ridiculously kawaii art style.

Related reading: Nintendo Pocket Football Club shares a similar design philosophy to this game; get ’em in with the cute, keep ’em playing with the depth.

I’m going to save the in-depth discussion on the game’s various systems for the review, as there’s a lot to work through, and if you’ve got a 3DS you can experience it all for yourself for free without needing to wade through my description. What I will say though is that it mixes up a couple of clever systems in a way that I would never have thought possible, and truly, whoever was able to link all these systems together is a mad genius.

There are four core structures at play in this game: 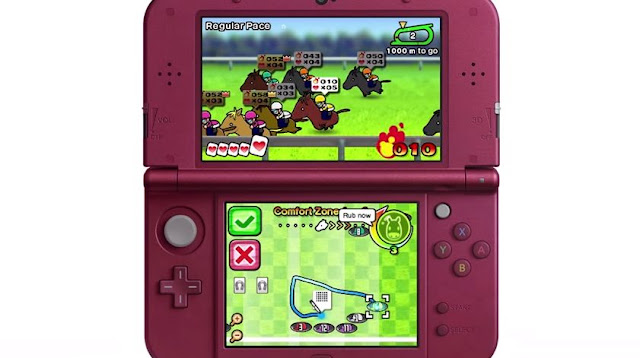 See? There’s a lot at play within the game, so you’ll come for the ultra-cutesy art style, but end up staying for the system-rich and nuanced systems at play. Each of the above four systems feed into the others, so you’ll need to be good at them all in order to be a successful jockey.
As you can probably guess from the art style, the game also has a wicked sense of humour, with a narrative that is silly and irreverent of a wannabe jockey who is trying to earn his way up the ranks. Every pore of this game is dripping with personality and charm, and if my time with Nintendo Pocket Football Club is anything to go by (somewhere in excess of 200 hours), I suspect that this is going to be a little gem of a game that is sprung on me unexpectedly and ends up being a front runner (hah, pun!) for my game of the year. 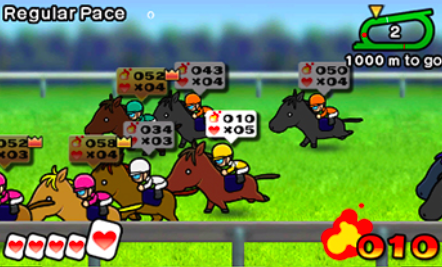 Also noteworthy that while I do make the immediate comparison to Nintendo Pocket Football Club, this game is actually developed by Game Freak, the same developer as the long-running Pokemon series. Though Game Freak has experimented in a limited sense with games outside of the Pokemon franchise (HarmoKnight being a good example), I see this as the team’s first attempt to establish a major new franchise. I would bet my house that if this game takes off and becomes successful, we’ll see more of it into the future; the entire project simply has an air of something ambitious and something that’s aggressively trying to be fresh and new.

Related reading: HarmoKnight was another attempt by Game Freak to break away from its reputation as “the studio that just does Pokemon.”

The full game releases in a couple of weeks, but progress made in the demo can be transferred over, so you’ve got no real excuse for not getting into this one now. Snap to it, jockeys!
– Matt S.
Editor-in-Chief
Find me on Twitter: @digitallydownld
Share this