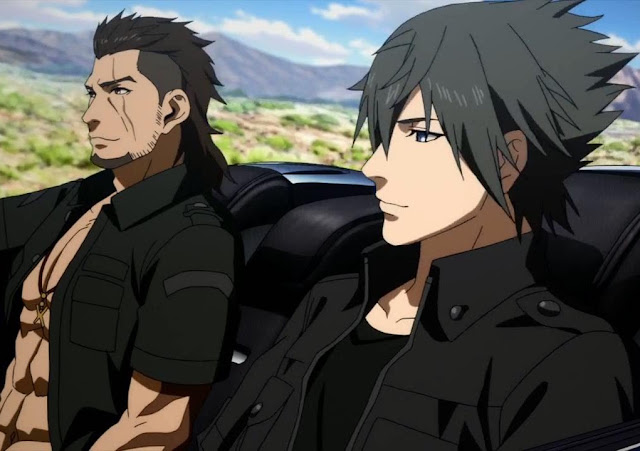 Who watches anime shorts? We watch anime shorts. Even though 20+ minute flicks continue to dominate the industry, these bite-sized brain candies have emerged in recent years and garnered a special audience. Liberated from the chains of bloated budgets and long-form script writing, these speedier watches are able to deliver succinct storytelling, frantic punchlines, and curious experiments. Given a couple decades to come into full bloom, they may well become the “indie games” of Japanese animation in a sense. With that in mind, it’s always exciting to track the ups and downs of this fledgling medium. Let’s take a gander at the spring season’s batch of shows that clock in at twelve minutes or less and see how they stack up.

Written by Hiroyuki Imaishi of Kill la Kill and Gurren Lagann fame, Space Patrol Luluco is a smaller-scale effort that already has its sense of self firmly established. The man’s patented style and humour shine through the story of a normal middle-school girl, the eponymous Luluco, who must become an officer in place of her bumbling father. The world itself is what sci-fi dreams are made of; futuristic and inhabited by a mix of humans and innumerable quirky alien designs. This being the work of Studio Trigger, the designs have that inimitable flair and polish to them even though the budget is obviously lower than that of a AAA production. Imaishi has never shied away from sociopolitical intent with even the most ridiculous of premises, so it will be interesting to find out what makes Luluco tick. 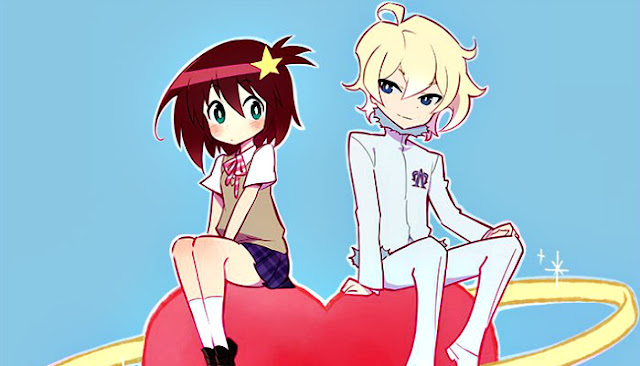 Pan de Peace is just what the doctor ordered: a slice of life show about a bread-loving high schooler that is basic but blissful. After enduring various full-length shows that began as real charmers and wore out their welcome with soul-crushing haste, it goes to show that you can indeed capture the pleasant vibes the genre seeks to evoke in a fraction of the time. Its first episode introduces its characters and premise competently and thus doesn’t feel as frantic as its three minute run time would have you believe. Music, character designs, and animation that exceed the norm just ice the cake of pleasantry. It’s also made me morbidly curious what strawberry jam on an egg sandwich tastes like. Obviously one to hog the spotlight, Square-Enix’s premiere JRPG franchise brings a AAA presence that looms over the rest of this list. Brotherhood serves as the prologue to the much-hyped Final Fantasy XV and has done a decent job of establishing the personalities of characters like the stoic Ignis and goofball Prompto quickly. Final Fantasy hasn’t had a weekly anime in many years (and some would rather not mention it), so even though this production is a mere five episodes, it’s a breath of fresh air. It’s also exciting to see a console power-flaunting 3D game adopt 2D animation that still looks the part. 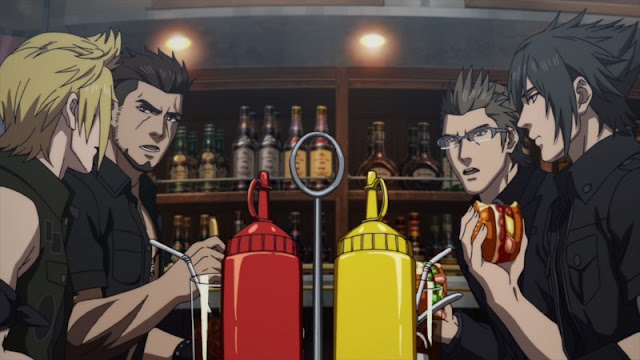 Usakame is a spin-off of the Teekyuu series of vaguely (and I do mean vaguely) tennis-related shorts.  This one will instead focus on the rivals of the Teekyuu girls, who all reared their heads in various previous seasons. Promotional shots actually feature a tennis court, so perhaps we’ll see a renewed emphasis on tennis. As far as gag anime go, each season is an unpredictable, superfueled freaksicle of absurdity that needs minimal explanation so I imagine the entry barrier will be minimal. If previous seasons are anything to go by, cramming as much eccentric humour as 2-3 minutes will allow shall be this one’s raison d’etre. 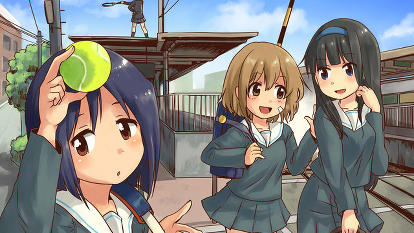 There’s no denying that Crane Game Girls is…different. It tasks its heroines, three aspiring idols, with saving the earth from a meteorite by, uh, working part-time at an arcade. If the first episode is any indication, they’ll do so while being completely oblivious to their roles as saviours as they protect humanity using one those dreaded dollar-devouring claw machines that scarred your childhood. Unfortunately, the pilot, which focuses on the organisation manipulating earth’s liberators, didn’t do a great job of building the premise or characters. I’m not going to dismiss it just yet, though, because any show listed as being directed by “Mr. Milkman” (yes, really) has a duty to be a revolutionary, industry-altering masterpiece. 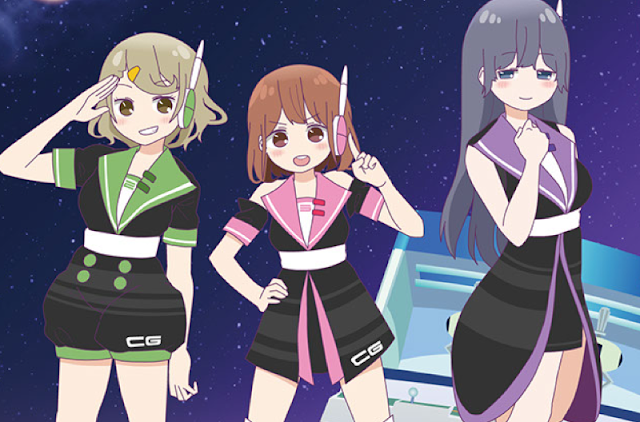