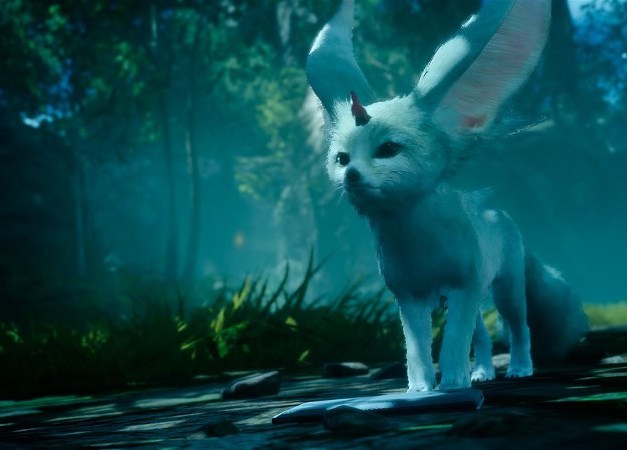 That’s what you’re prompted to do once completing the Final Fantasy XV Platinum Demo, and it’s the general feeling from the Unearthed presentation that occurred earlier today. Square Enix has realised that people are going to spend big for Final Fantasy XV, but after ten years of waiting for the game, they’re expecting something big, and comprehensive.

And honestly, there’s no reason to think otherwise. FFXV has been in production for an extreme amount of time now, but everything that we’ve seen and experienced of it tells us that this has been time well spent. Final Fantasy has always been polarising, something that was evident after the Fabula Nova Crystallis installments (FFXIII, FFXIII-2 and Lightning Returns), the series has always been willing to change and try things that the creative team believe in… even if that results in a game that doesn’t necessarily go down so well with consumers.


Which is why I’m a little scared for what’s coming over the next few months. As someone who has been a very vocal supporter of what FF13 did in terms of storytelling, it’s disappointing that FFXV is being split up across three different mediums – as we saw in the big reveal yesterday, we’re getting a game, anime series and feature-length CG film. I appreciate the lengths that Square is going to deliver this content. It’s obviously a mammoth world and narrative arc that it has devised and I’m not arguing the intention behind exploring the back stories of the king and the four heroes outside of the main game. But at the same time I would have appreciated it if the developers put that content in the game itself, or even a shorter prequel game prior to the main release. Because Final Fantasy is a game series and it seems that Square Enix is trying to spin this into a broader multimedia experience, which  could as easily be a disaster as a success.

I don’t think I need to give a play by play on the presentation itself, given that you’ve already either seen it, or can go and watch it again to catch yourself up. Generic video game show hosts follow the precise formula that we’ve seen many times before for a game conference. Throw in some special guests and boom, instant success. But for this piece I think it would be better to talk about the game itself.

The first time I truly found myself sold on Final Fantasy XV was with the unveiling of the beautiful cover of Stand By Me by Florence and the Machine. It is the most suitable song for what is at the heart of what FFXV is primarily about; friendship and camaraderie. Everything in the world is done as a party of four, whether it’s racing chocobos on the desert outskirts, or fighting together in the middle of the woods. At first it seems odd, as Final Fantasy games have larger casts these days, but in focusing on four character we’re being promised some intense character development. There is enough playfulness within every character to make them all approachable and relatable right from the start. Obviously we don’t know the deeper backstory that needs to be experienced to really appreciate their intentions, but we now know enough to know that these characters are worth getting to know. 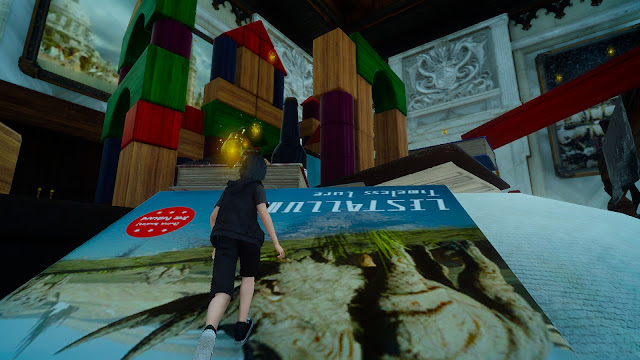 It’s just a pity that one of the crew is not a woman.

The Platinum Demo, released immediately after the show, tries to introduce this brand new world to the players, yet the task was too big. FFXV is going to be a huge game, with one of the largest open worlds we have seen (certainly within the JRPG genre, at least). What the Platinum Demo brings is a small dreamscape, in the inner depths of leading man Noctis’ imagination. Players are exposed to very little of what we will be seeing in the final game. Between the simple platforming aspects and the grand city scape, there’s enormous potential. The gameplay however is a little simplistic. It is a tutorial, yes, but I don’t think it’s going to convince anyone that there’s more to it than button mashing at this stage. The closest part to a complex battle scheme is introduced at the last possible moment of the demo, unfortunately, but I never felt the demo was about the battles themselves. It’s a playground to explore and interact with, appropriately alluded to with one stage where you shrink down in a living room filled with building blocks and toys.

I’m excited for FFXV. It looks like the change we need to the series while still keeping its identity in shape. I do have my concerns, but it’s not going to be until the main game itself lands that we can possibly be sure of it at this stage. My suspicion, however, is that this is going to be a masterpiece. Square Enix has simply invested too much into it to fail.