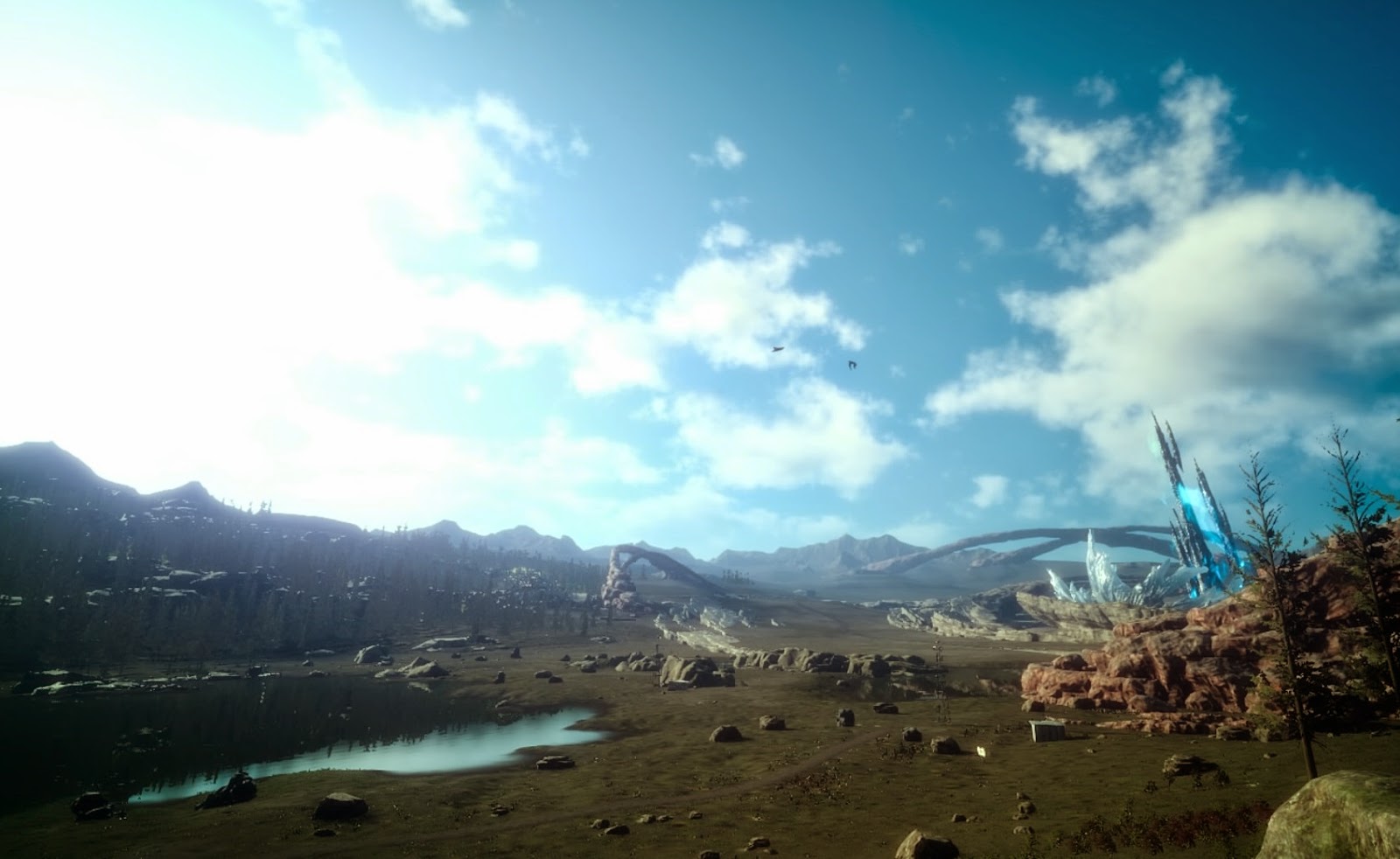 Packed in as a rather neat bonus to purchasing Final Fantasy Type-0 HD was a demo for Final Fantasy XV, the long (long) awaited next game in Square Enix’s most valuable franchise. Having thoroughly devoured Type-0, I set about this demo, which is extended and gives players a really good sense of what to expect from the final product.
I’m calling this now; if the standard of the overall game matches what’s in this demo, we’re looking at a game that may well unseat Final Fantasy VII in the general consumer’s mindset about this franchise. It’s that good.
After a brief narrative sequence that doesn’t make a whole lot of sense (more because it’s taking place somewhere after the adventure begins, and so lacks context), players are plonked down in a rather large, open, environment. Just like Dragon Age: Inquisition, there are icons around the map that suggest quests and side-distractions, though thankfully unlike Dragon Age the icons aren’t so excessive to suggest that you’ll get bogged down in time wasters. Final Fantasy XV’s demo suggests that it will be a focused narrative still, as with all Final Fantasy games previous, but the expansive terrain suggests an epic scale that will no doubt hold a few secrets of its own. 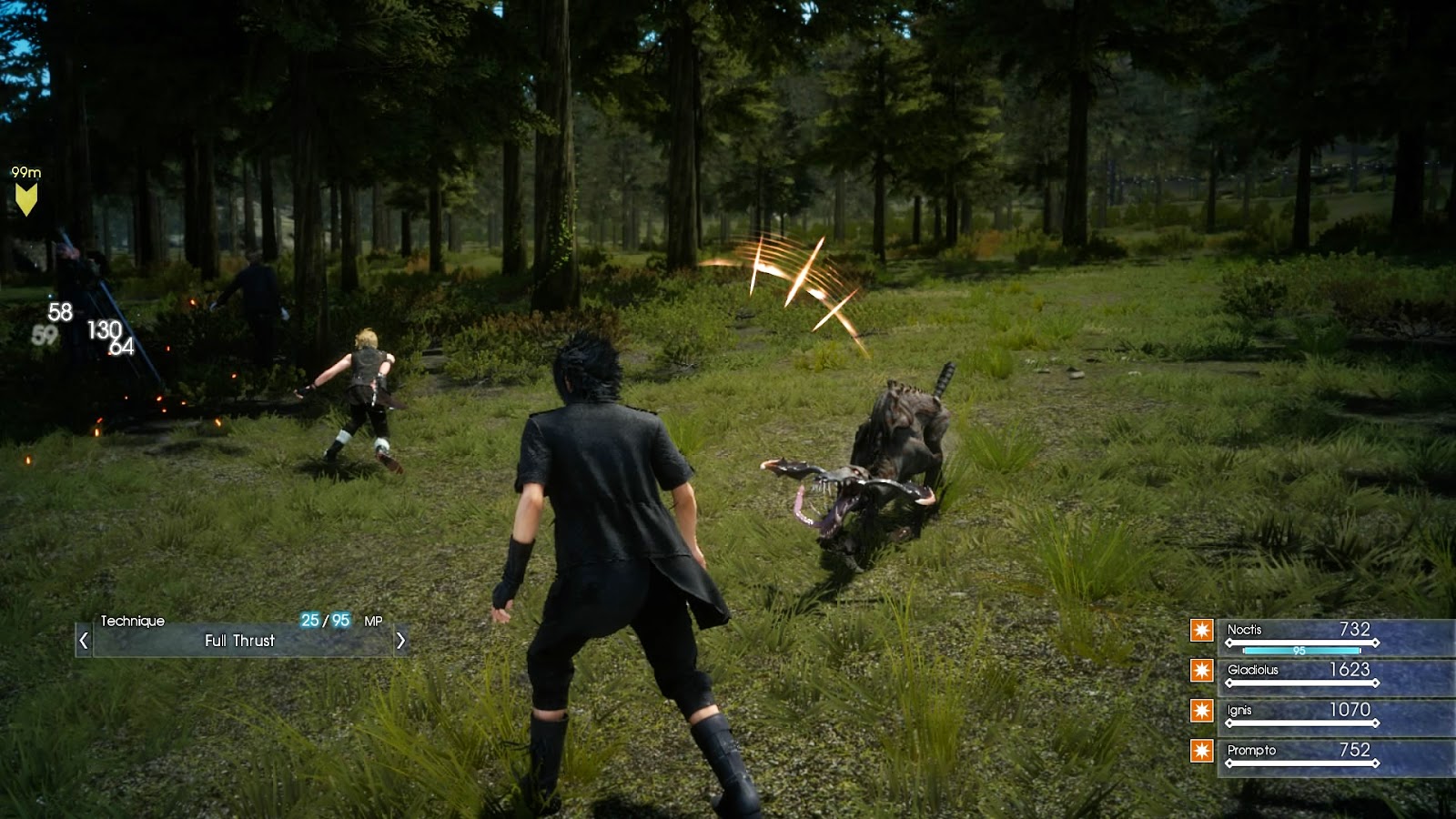 The start of the demo tasks your party of heroes to track down and kill a behemoth, a classic Final Fantasy enemy if ever there was one. After a couple of battles with some dog-like things, and some humans, to warm you to the dynamic and quite intricate battle system. Then there’s an atmospheric stealth section as you track the behemoth, and then an epic conflict to try and take him down. I don’t want to spoil any more than that, but it’s an instantly additive sequence of gameplay styles that really show off the versatility that Square Enix’s engine is capable of.

And what an engine it is. The scenery stretches on as far as the eye can see, with a day-to-night cycle that is subtle, but beautiful to behold. It’s clear that there’s some work to be done yet – when a helicopter lands, the grass reacts to the wind generated in a blocky, unnatural manner – but the overall sense of scale is already well and truly there.
I’m also hoping that the voice actors are just placeholders, as the current lot are quite amateur, but the character writing itself is appealing stuff with a strong sense of inter-relationships that I’ll be looking forward to seeing develop across the full game. 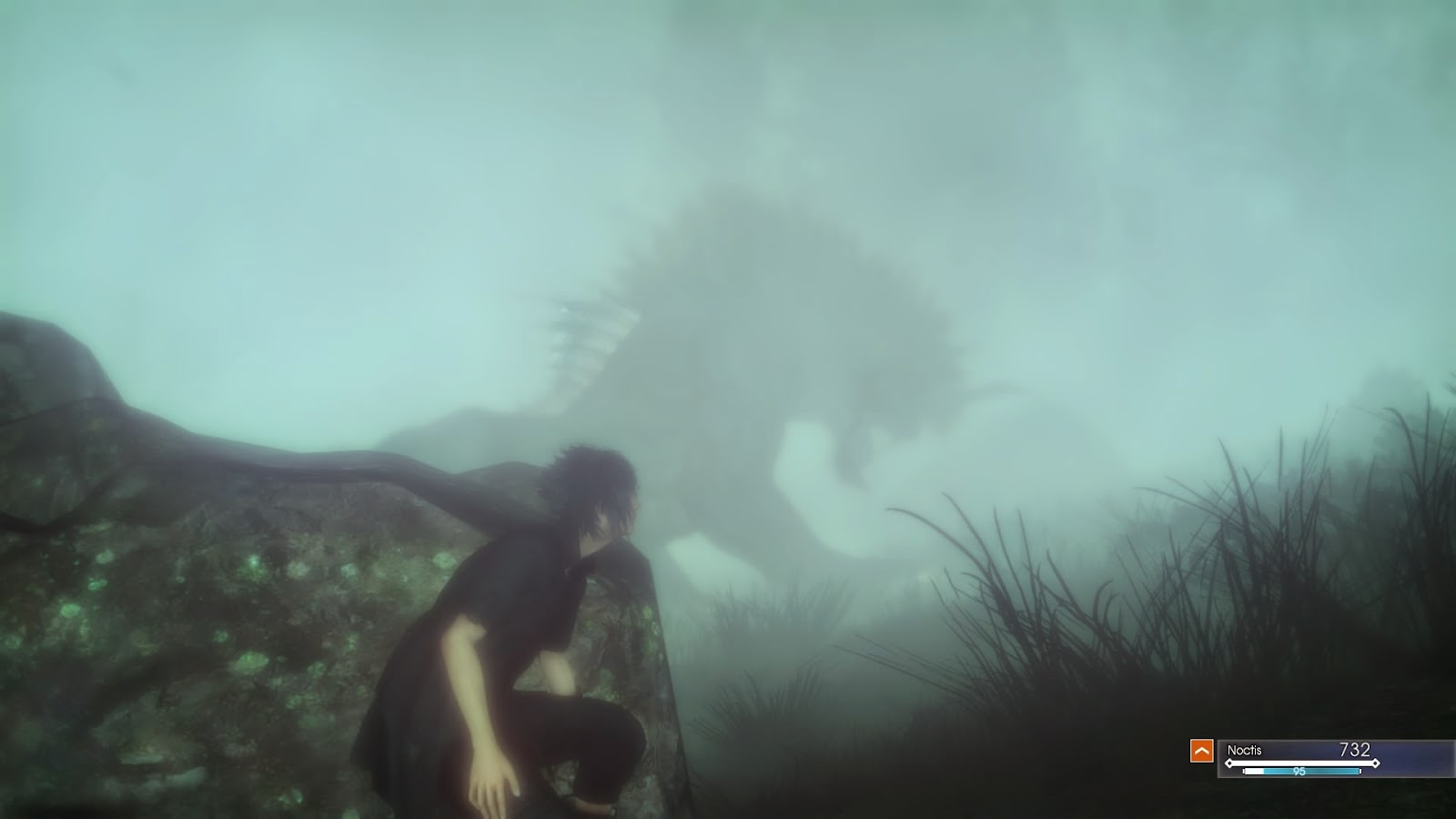 With a varied engine, and a combat system that is both dynamic while retaining the sense that you are, in fact, playing a Final Fantasy game, the early signs of XV are that it is perhaps what players expected from a modern entry in the veteran franchise, where Final Fantasy XIII’s trilogy let them down. There’s just the right mix in there of traditional elements and styles and the kind of open world epics that have become the norm for both the JRPG and RPG genre thanks to titles from Xenoblade to Dragon Age.
– Matt S.
Editor-in-Chief
Find me on Twitter: @digitallydownld
Share this

Interview: As we get more excitied for The Witcher 3: Wild Hunt, a couple more words from the developer