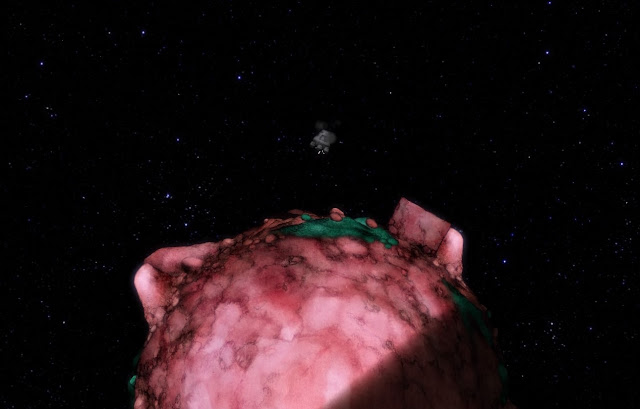 In space, no one can hear you scream. That’s the kind of lonely feeling I get from playing Amazing Discoveries in Outer Space (aforementioned ADIOS, because that’s easier to type!). But it’s a good feeling, too. To me, ADIOS was an emotional journey that I never once expected to have.

I will be frank, I hadn’t even heard of ADIOS until the chance to review it popped up. It seemed simplistic in nature, a game I could play for a few hours and bang a review up reasonably quickly due to its simple nature. How wrong I was.

ADIOS is definitely simplistic in nature, but it is that simplicity that creates that sense of loneliness. An astronaut stranded in space, with its only friend a sarcastic computer, must find its way home by collecting fuel and utilising various gadgets (unlocked as time goes on). The astronaut has choices to make, get home as soon as the fuel collected allows, or go searching for as much fuel as possible, scanning everything it comes in contact with. Each playthrough is randomly generated, so each experience for the astronaut heading home is a completely different kettle of fish. Once enough has been scanned on each “stage” (which could consist of one or many planets), the astronaut can warp one light year closer to home. There is only so much fuel to find as well, so the astronaut must keep an eye on how much he has left to look for more. 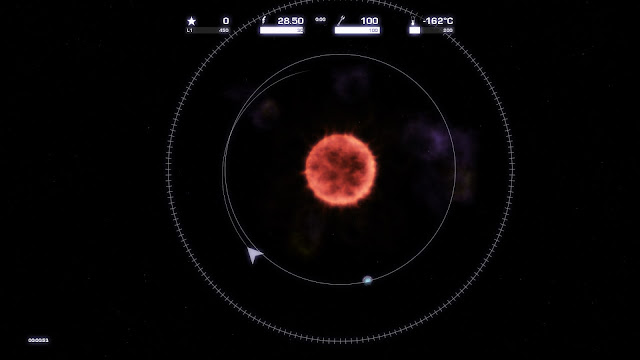 The limited fuel is exacerbated by the fact that almost everything uses it. Thrusting around the planets, ship repairs, you name it, the fuel counter goes down. Fuel is both the astronaut’s best friend and cruellest enemy. It gets tense when you have to use the last 1.6 cells of fuel in order to gain an additional five, just so there is enough to get to the next planet and pray that there is a crashed satellite filled with fuel for the taking nearby. The key is to ensure that the spaceship has just enough trajectory to leave the planet’s force of gravity, and float as close as possible to another planet without using thrusters. It’s difficult for sure, but the reward and incentive to get that astronaut home is overwhelmingly evident.

Where ADIOS got real emotional for me though? It reminded me of how lonely life can get, I recently moved away from my family to start a job to better support them for the future. ADIOS felt like a parallel to what I was experiencing, and I imagine it would to others feeling a sense of loneliness in their lives. ADIOS made me remember the important things in my life and seeing that little astronaut try so desperately to get home, even when faced with windstorms, extreme temperatures, mazes and an empty fuel gauge, gave me the courage needed to go on. Not everyone will have an experience like mine, but I definitely thought it was worth mentioning in this piece, as it was a significant part of my playthrough. The only issue I feel is that perhaps not everyone will have the patience to gain something out of it, as it can be brutal at times.

ADIOS is a game I think many people can enjoy. I also think each individual will get something different out of it, as long as they stick with it and get a feel for the inner workings of the game. The fact that it exudes loneliness as a central theme is a unique enough idea that games like ADIOS are very few and far between. It certainly caught me off guard, and I tip my hat to Cosmic Picnic for reminding me of the important things in life.

Real Racing 3 is on the Apple TV, and I’m a happy fellow about that