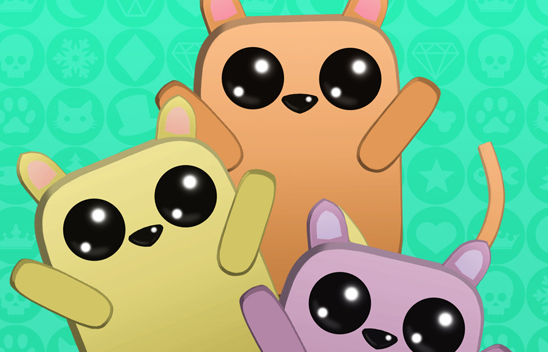 I’ll admit that I struggle to see the point of paying for a charades game to have sitting on your PlayStation 4 when you have everything you need for charades the moment you have a couple of people in a room together.

Okay, if you want to be really technical you might need a sheet of paper to keep records of points and stuff (because competitive charades is a thing or something). But the point is, the material you need to actually play this game sure as heck not going to cost as much as a PlayStation 4 title, so if you’re going to make a charades game you’re really going to need to push up a hill to convince people of its value.

Act It Out! A Game of Charades very nearly succeeds. 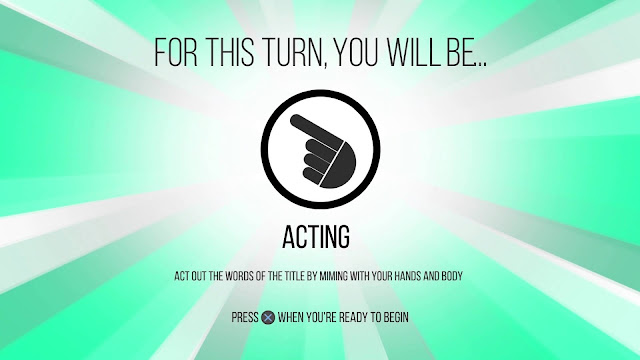 If you do see value in having a party games sitting on the hard drive, then Act It Out! is actually really good. If you’re the kind of person that likes to have order to your party games, then this one certainly provides that. In accompaniment to the Jackbox Party Pack, the PlayStation 4 has become a really quite valuable box to have sitting around for those drunken birthday parties, New Year’s celebrations and Friday nights when you’ve got friends around and can’t be bothered pulling out the Monopoly board.

While Act It Out! wastes no time getting players into the thick of the action, it’s worth noting in the outset that there is a nice interface in the game. It’s pleasant to use, has a nice, bright personality that manages to be fun and lighthearted without resorting to the sarcasm of Jackbox Party. And that’s a relief because as much as I do enjoy Jackbox Party, the sarcasm gets tiring quickly.

In the package you’re getting a platform to enable charades rather than the full charades experience in itself. The “game” acts as the source of questions, the timer, and the score keeper, meaning that all players then have to do is do what it says. It will start by telling a player to look at the screen while no one else is, and it will give them their word right then. Then they have two minutes to act that word out, with the person who guesses the answer quickest, as well as the person that acted the scene out, getting points based on how quickly someone figured it out. 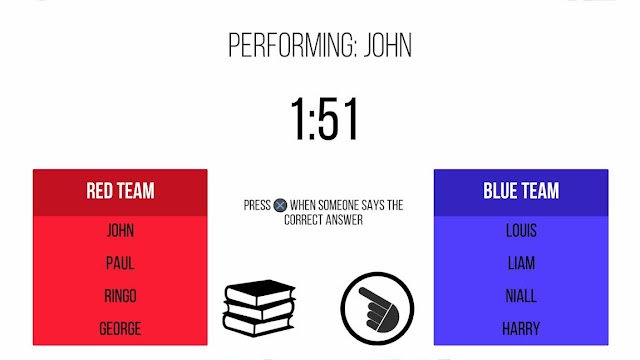 Then it’s on to the next person’s turn, and so on until all the rounds are exhausted and there’s a winner. Now, in vanilla Act It Out! You can only act out the words that you see (as in the real charades). But Act It Out! comes with a couple of additional options. Additional game modes allow you to sing or describe the word without actually mentioning the word. So, for example, you might be given “Moby-Dick” and might tackle that one by talking about giant whales and their grand conflict with giant boats. And if someone doesn’t guess that one immediately, yes it is okay to laugh at them.

So, on a basic level that’s really all you actually need in a charades game. It works, the interface is pleasant, and the presentation is so clean and bright that it’s a truly slick, professional job. However, there are some real issues with it. The most glaring of them is that the game asks players not to cheat. When only one person is allowed to see the screen for a period of time (to read their question), asking the other players to look away is a really quite primitive solution. Why couldn’t the developer create a simple companion app that would display the question in privacy on a person’s iPhone or Android device, for example? That would have been a far more elegant solution for a game that is gunning for elegance.

And, again, and I hate to harp on this, but it does need to be said that charades is a game that doesn’t actually need a game console to play. While you do get the benefit of having the 1,500 questions pre-written for you (and therefore in principle a more fair game than asking for everyone to come up with their own), it’s still putting an extra layer of technical complexity between yourselves and a really simple party game. 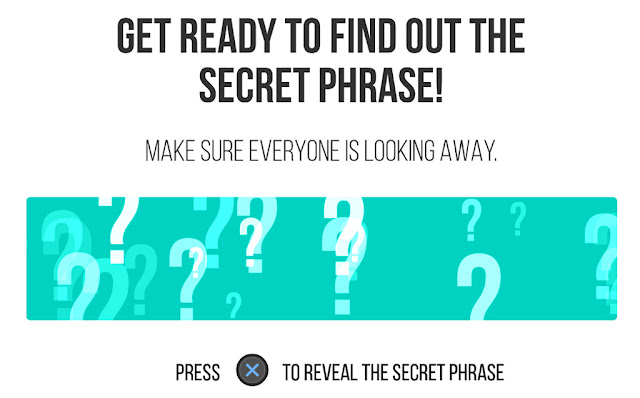 Related reading: For a more traditional board game experience, Monopoly’s also on the PS4, and it’s not bad!

I think this developer has an awful lot of latent talent within it, and it’ll be one to watch now it’s got some experience in game production under its belt. This is still worth picking up for the occasional party session, but it will be good to see the developer make something that does require a game console to play next.

Review: Inside My Radio (Sony PlayStation 4)

Interview: The duo building Australia’s own Danganronpa (exclusive images, too!)