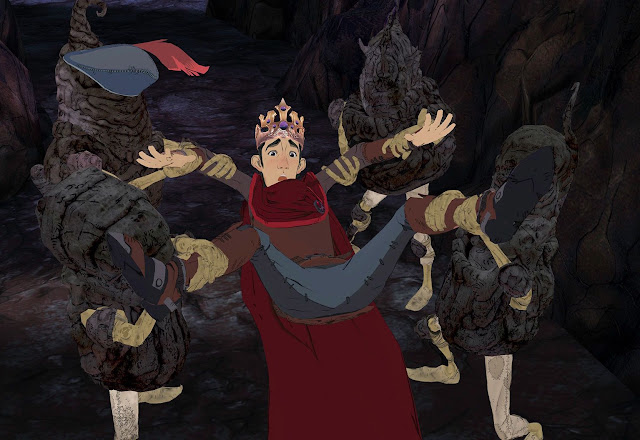 As with Matt’s approach to Life is Strange, rather than review the second episode of King’s Quest, I’d do a write-up of my thoughts on some of its key points, and then a brand spanking new overall review when it’s complete. As expected, Episode 2 of King’s Quest plays in the same way that the first did, and you can check my review of that one there. Some minor spoilers below, but nothing that will drastically affect your experience of the game if it’s still on your “to play” list.

Related reading: Brad’s review of the first chapter of the game.

Rubble Without a Cause is about decisions. Many decisions made during the course of this episode actually tapped into some pretty deep emotions for me. I felt as hopeless as Graham did throughout the entire episode, from the time that Graham struggles with his newfound Kingship and the tough (and not so tough!) decisions he must make that effect every part of the kingdom he oversees, to the time spent in a goblin prison, trying to keep the citizens of Daventry alive while also trying to keep his own life together, to finally realising why a familiar face from the first episode wanted Graham dead in the first place.

It is these moments that make Rubble Without a Cause a personal journey of growth for Graham. The importance of running an entire Kingdom was obviously something a young enthusiastic Graham hadn’t thought about before being crowned, and while many of the decisions he makes at the beginning of the episode are rather mundane, he quickly finds himself trapped in the aforementioned goblin dungeon, living off scraps and not knowing how the captured citizens of Daventry are handling the situation. Throughout the episode, Graham needs to make decisions that effect everyone that was trapped, such as deciding whether to eat food himself to gain strength in order to access new areas and a way out for everyone, or to share it around to help keep everyone else alive. 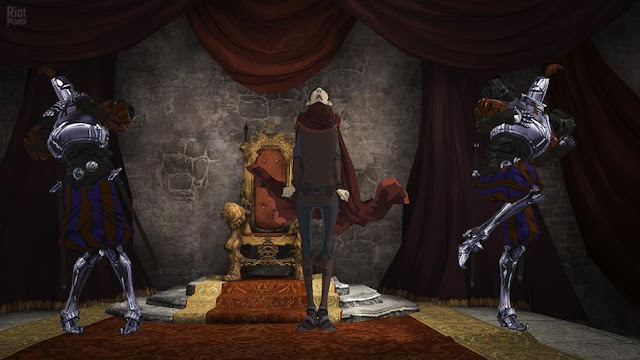 Other decisions need to be made throughout as well, I procured some medicine from the merchant (who is somehow able to keep plying his wares from within prison) and intended to give it to the dying goat near my cell, and it was then that a revelation about one of the other prisoners had me quickly second guessing who should have that medicine. Decisions that mean life or death create the running theme of Rubble Without a Cause, and caused me to grow alongside Graham.

Much as how A Knight to Remember shared some parallels in the story with the very first ever King’s Quest game, Rubble Without a Cause shares some similar dynamics as King’s Quest III from the original series. How Graham’s son in King’s Quest III must work behind his master’s back in order to escape his clutches, so too does Graham with his captors. Working as their slave, Graham must sneak items around the caves and keep them hidden, otherwise facing punishment from his captors. It’s a nice little nod back to the older games and remains original enough to make it seem like it isn’t completely a slave to those games.

The only beef I had with the episode was toward the end. The decisions I made to keep those I found important to Graham and myself alive had been arbitrarily taken away from me. Without spoiling anything, no matter what decisions I made in the episode, the ending was always going to be the same. This is a recurring issue with narrative games – Telltale and Dontnod also struggle to build endings that adequately reflect the decisions made leading up to them. I can understand why it this would be difficult from a developer’s point of view, but I would have seen it as a bold and calculated risk if the decisions I made became more permanent in the final three episodes.

This aside, I would still recommend King’s Quest to point and click fans, and I eagerly await the third episode!

You can buy the King’s Quest season pass from Amazon:
Share this