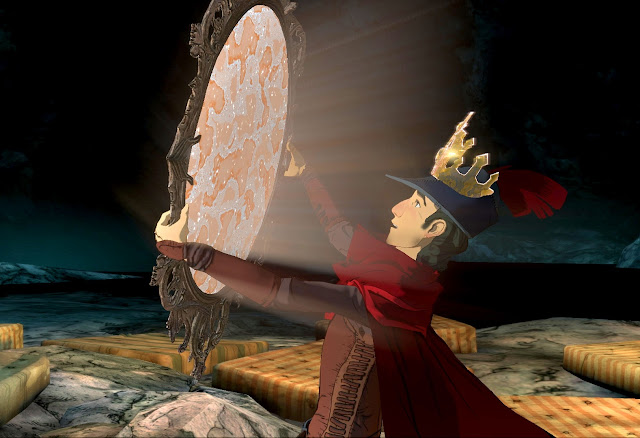 When I received my first PC the Christmas just before I started high school, it came with a copy of King’s Quest V: Absence Makes the Heart Go Yonder. I instantly fell in love with point and click adventures that day, and immediately had my parents seek out the rest of the King’s Quest games for my birthday (which then branched on to Space and Police Quest and the LucasArts adventures). Needless to say I had a love affair with point and click all throughout high school, where it would eventually die a quick and honestly painful death.

Moving on years later, The Odd Gentlemen have resurrected King’s Quest with a not-quite remake not-quite retelling of the original tale. The first nostalgic pang I felt with the title was the witty pun in the title: “A Knight to Remember”. It is little touches like this that show how much The Odd Gentlemen wanted to capture the spirit of King’s Quest. It is certainly not without its flaws, but I will get to that part later.

The premise of the new King’s Quest involves King Graham of Daventry (wonderfully played by Doc Emmett himself, Christopher Lloyd) in the final years of his life, telling tales of his adventures to his granddaughter Gwendolyn. His first tale is one that many King’s Quest aficionados would remember from the first title, how he stole the magic mirror from the dragon, while the rest of the game involves Graham’s journey into knighthood. 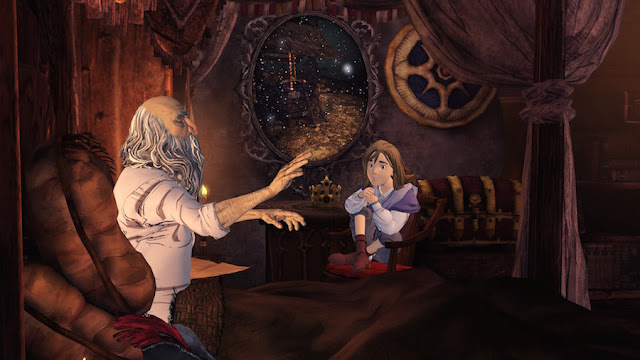 Much has changed about the dragon and the magic mirror story compared to the original game, and it is the narration of the story by Graham himself during gameplay that leads to the memories being warped. The dragon’s cave is inexplicably filled with beds and is much larger than it was in the original game, Gwendolyn questions the beds in the cave, but King Graham does not provide a meaningful response. This type of narrative is an incredibly effective way of making old seem new again. I think back to the idea behind the unreliable narrator, particularly to William Riggan’s classification of The Naïf (where the narrator is limited in story to their own point of view).

King Graham offers hints about what may occur next in his story to lead the story on, and teases Gwendolyn with puns and jokes throughout. But there are moments in the narrative where what happens on screen do not coincide with King Graham’s narrative, and The Odd Gentlemen prepared for this and covered it up in amusing fashion. One particular section sees King Graham in a situation that despite the number of beds surrounding him, there was no time for a nap. Graham, in the memory, made repeated attempts to climb into one of the beds, causing King Graham to change his story and admit that he might have taken a small nap on his adventure. The whole unreliable narrator shtick here is used largely for comedic effect, but we’ve never quite seen it executed this well in the past.

The narrative itself is backed up by gorgeous aesthetics that truly captures the essence of the old games. Not quite cel-shaded and not quite painted, King’s Quest pops out of your television in an way that wouldn’t be out of place back in Disney’s Snow White era. Everything from the dragon to the NPCs and the kingdom itself is a joy to behold. 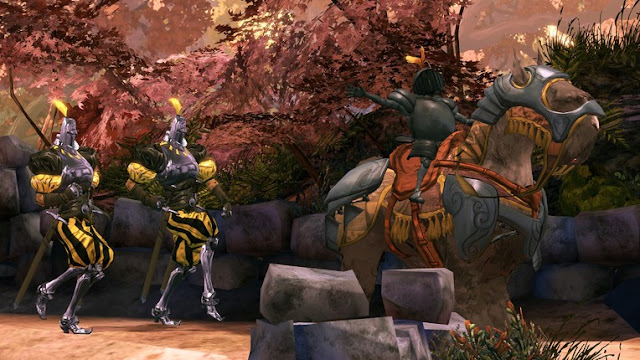 Where the game falters is in terms of puzzle solving. When compared to the original King’s Quest titles, this game comes across as amazingly easy. The old games had players either typing every word they could think of or clicking on everything to garner clues to try and figure out how to reach the next area. A Knight to Remember, meanwhile, throws the majority of this out, giving Graham only a small range of potential interactions between inventory and environment (this discrepancy between old and new was cleverly explained through the narrative itself, for a bit of healthy self-reflexive humour). One of the harder puzzles required Graham to shake a tree that was literally right next to him to advance. Fans of Sierra’s classics might be a bit miffed by this, and I sure was to begin with. But I do believe this is the way of the point and click in 2015, where the narrative becomes more important than the gameplay. This is good for many people however, and the audience that watched me play this may not have appreciated Graham trying all his items on everything and looking at everything for hours on end.

Related reading: Another modern point-and-click adventure well worth considering is Life is Strange. Our review of that series’ first episode.

King’s Quest: A Knight to Remember is a great re-introduction to a new King’s Quest series. The beautiful scenery, the interesting characters, the unique and fascinating narrative all come together to create a heart-warming title anyone can enjoy. The big question coming out of Chapter 1 however, is whether the rest of the chapters will have harder, more traditional puzzles to complete now that it has introduced newcomers to the series.