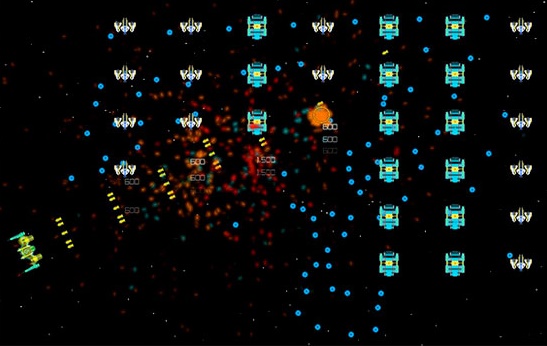 No game can simply live on the nostalgia that comes with retro visuals and a catch soundtrack, but it can certainly serve as a good place to start. Zotrix is a decidedly simple game with some good ideas to keep you coming back for more, but that’s only assuming that the very old school arcade style shooter appeals to you in the first place.

As the eldest member of our team here at Digitally Downloaded, I think it is safe to say that I cut my teeth on more classic shooters than anyone else here. By ‘classic’ – I don’t mean titles like Gradius or R-Type, but even before that; stuff like Asteroids, Space Invaders, Galaga and more. Zotrix tries to mine nostalgia that far back, and while I can appreciate that, I do have to wonder just how much of an audience that kind of game could possible have now.

First and foremost, you have the minimalist visuals. There is lots of bright, neon colours splashed against the black background of space, your ship is easy to spot and enemy waves explode into colourful little blasts of pixelated goodness. But there’s not much detail to it all. Not content to be a strictly vertical or horizontal scrolling shooter, Zotrix is more about occupying the screen as waves of enemies enter from a variety of angles, but it’s the kind of static, single screen gameplay that we’ve largely done away with in the years since. 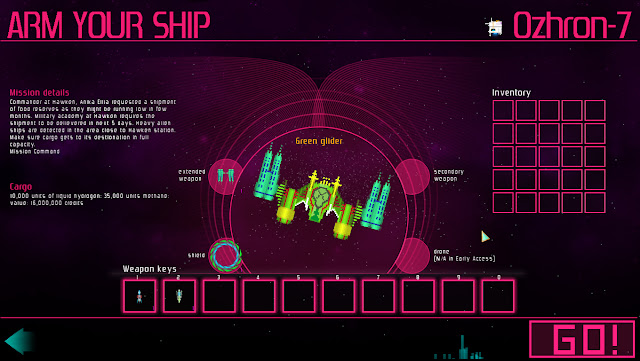 While the visuals are decidedly old school, the sound design and music are actually more current. The soundtrack is consistent and fits right in with the action while shots fired and ships exploding actually sound pretty decent.

While the games that Zotrix channels never really had stories to speak of, there is the basis of one here. This is set in the future (hence flying, shooting spaceships and aliens) where humans have colonised a number of different planets throughout the solar system. However, aliens have arrived and they are not friendly, prompting us to try and rid the universe through… our one little ship. Let’s be real – there was not a lot of room to add narrative depth here, but hey, kudos for at least getting something out there. There is some dialogue along the way, but it is all pretty mundane.

When it comes time to play, the idea here is again minimalist, and simply tasks players to fly about and shoot stuff across its 50 levels. What Zotrix does best however, is modernise the formula by adding actual progression hooks in the form of resources. As you gather them, you can unlock new types of ships, shields and weapons in between the missions. This menu interface gets the job done, but is a very stark contrast from the rather simple game itself. Here you need to figure out how to balance your resources and credits while improving what you have to work with. This worked as a far better hook to keep me playing than the story did, providing me with clear goals and incentives besides just ‘stay alive’. 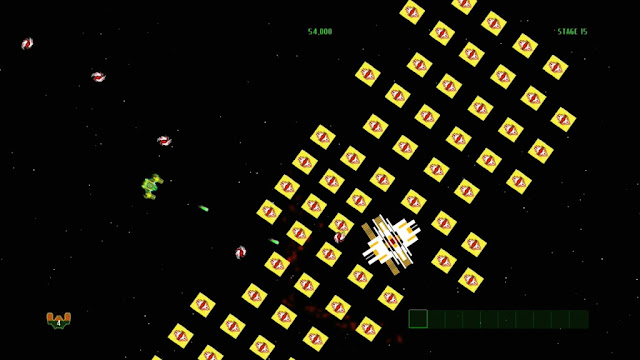 There have been a lot of retro games over the last few years, but I have found the ones that tend to be the most successful are the ones that blend in some sort of modern convention. In this case, the resource system that allows for ship improvement is easily the best part of what is otherwise a solid if unspectacular shooting game. If you enjoy a good retro shooter, Zotrix should be pretty appealing.