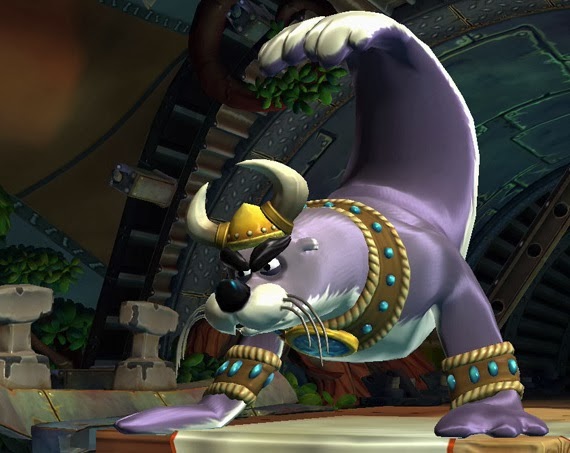 I’ve always preferred Donkey Kong’s 2D platformers to any others (yes, including Mario). From the primal background music, to the exotic locations, to the animal heroes and enemies, there’s a more earthy theme and style to Donkey Kong than the other major platformer franchises, and I find that earthy style very engaging.

Donkey Kong Country Returns was a slick game indeed, combining some modern level design with a decidedly retro approach to difficulty, and mixing modern visual and musical touches with classic Donkey Kong Country themes. Tropical Freeze is a bit of overkill given we already have its predecessor and this sequel strays on the wrong side of “more of the same,” but it’s nonetheless a killer game, and well worth playing if for no other reason than it’s an excuse to turn the Wii U on again.

If you’ve played a Donkey Kong Country game before, then you’ve essentially played this one. Players navigate from level to level over an overworld map, which is pretty standard for the genre now. Once in a level, players take control of Donkey Kong and needs to navigate him from one side of the level to the other.

What’s impressive about Tropical Freeze is just how much is packed into these levels. Most of these levels follow a three or four act structure; the first section of the level is a relatively gentle introduction to the core concepts that will repeat through the level. So for instance some levels focus on climbing, others might focus on swinging from vine to vine, and still others will feature swimming. From that first act, the game transitions through different mixes of that core level theme, often accompanied with a change in background, and this is just as well, because if the levels didn’t feature significant variations within them, they would become very dull indeed very quickly. 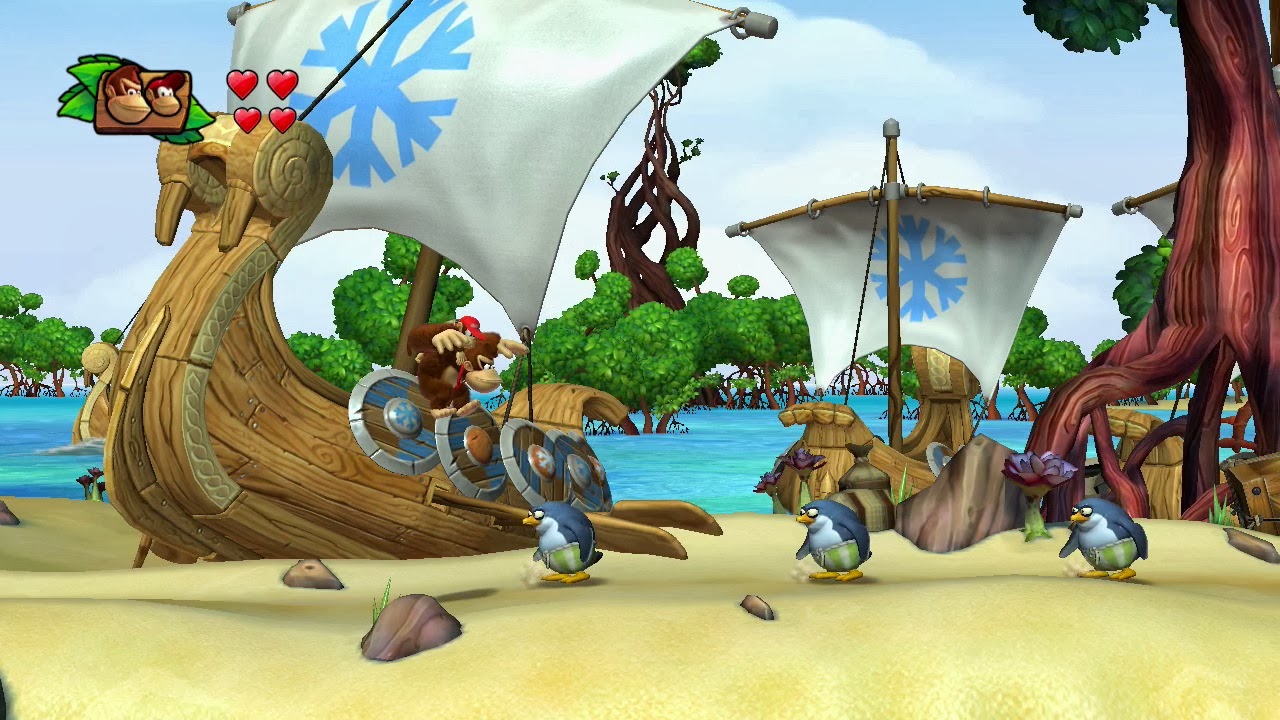 See, the levels in Tropical Freeze are long, and each has multiple checkpoints so players don’t need to restart from the start of a level, or even half way through. Instead, you’re functionally working through three or four standard platformer levels in each individual one here.

Getting from one end of the level to the other is enough of a challenge; unless you’re a platfomer savant you’re going to bump into some challenging moments just a couple of stages in, and the difficulty ramps up steadily throughout the game. There’s plenty of lives up for grabs to help compensate, but I’m going to freely admit that I ran into more than one Game Over over the course of my adventure. This difficulty is compounded with the need to track down the “K” “O” “N” and “G” letters, a tradition originating from the very first Donkey Kong Country game on the Super Nintendo, and then also a bunch of puzzle pieces, which return from Tropical Freeze’s predecessor.

Both these collectibles require different skills from the players. The KONG letters tend to be hidden in plain sight; easy to spot while playing, but difficult to reach from a platforming perspective. The puzzle pieces are often hidden and require players explore the environment to track them down. It’s so very easy to miss the puzzle pieces, meaning replays of almost all the levels are mandatory in order to unlock the secret levels and get 100 per cent completion. Because the game is so challenging, fully completing it does indeed feel like an achievement, and because the levels are difficult because they’re well designed rather than having arbitrary or unavoidable traps, it also feels like a truly skill-based game.

It’s ironic that one of the most primitive forms of gameplay is the one that benefits most from hardware upgrades, because visually Tropical Freeze is spectacular, and that spectacle enhances the appeal of the game greatly. Characters drip personality and environments are richly vibrant. The attention to detail in the backgrounds and the animation is also something special. There is always something to look at, and I found that even after replaying levels for a second or third time I was still noticing things going on in the background that I hadn’t noticed previously. 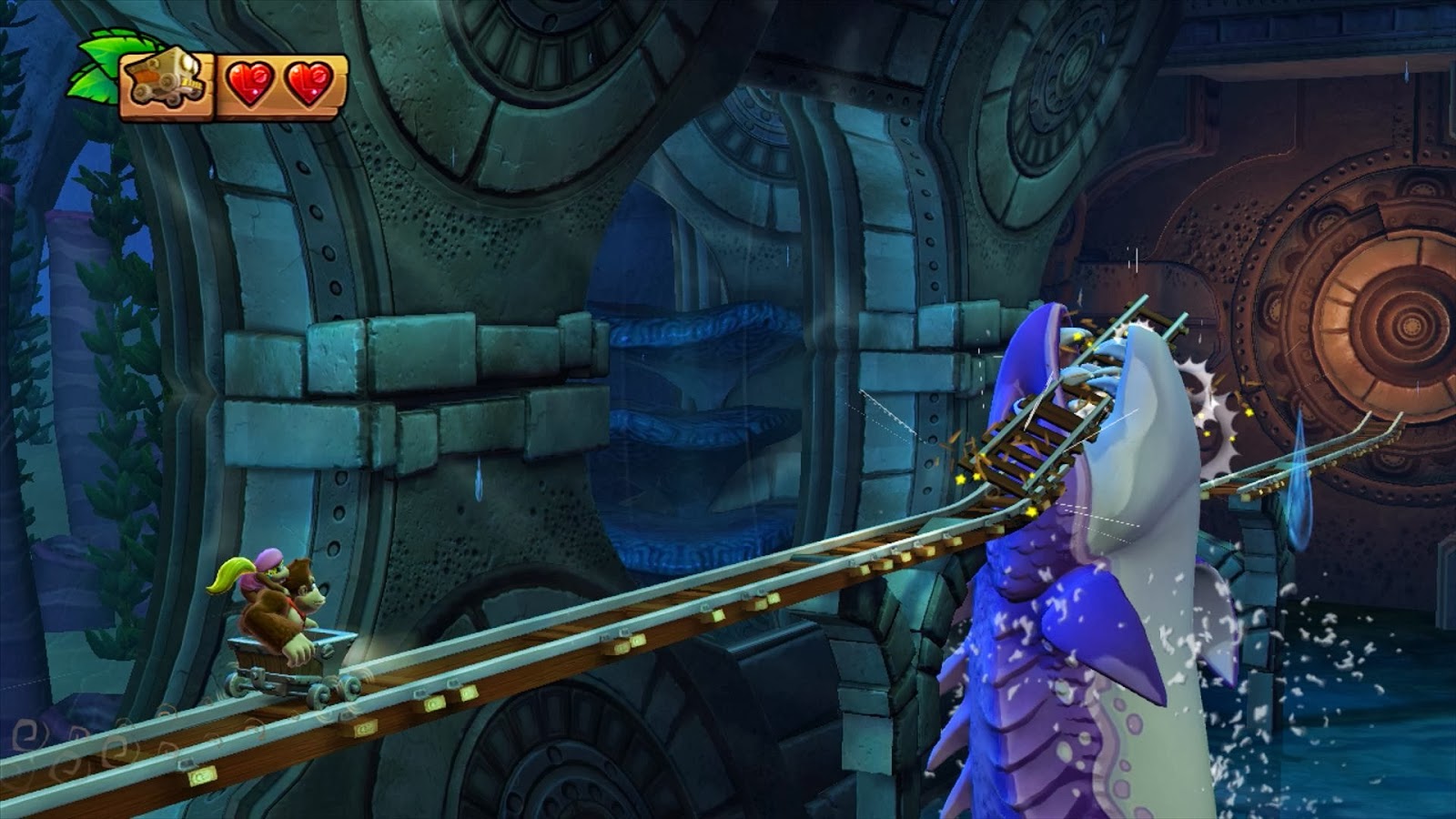 This is not the kind of game that would have been possible on the Nintendo Wii, but it’s unfortunate that so little has been done with the “Tropical Freeze” theme. Yes the enemies are now penguins and other icy animals, but for the most part the levels themselves follow the standards and structures of previous Donkey Kong Country levels. Really, the developers should have done a better job of tying the theme with the game.

Because Tropical Freeze is so charming, and because the platforming is so wholesomely engaging, it’s easy to forgive the fact that is really isn’t enough of an enhancement on the previous game to be called something new. The game itself is a very, very safe production by Nintendo rather than the blockbuster that it really needs for the Wii U right now. But like I said, I’m happy to forgive the game for being safe, because it is safely fun.

I just discovered Loot Crate and it is awesome