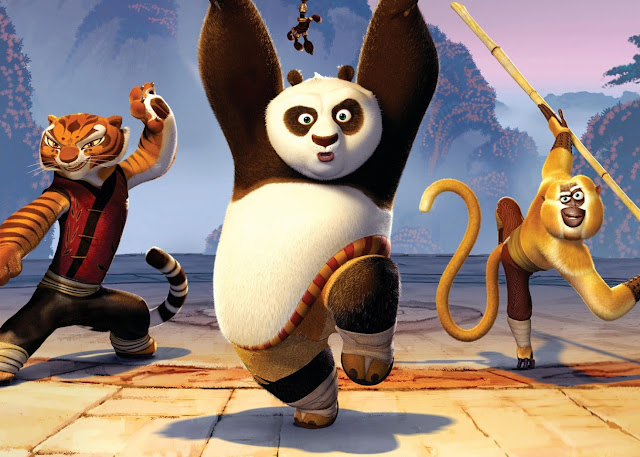 The Kung Fu Panda films were unexpectedly good in my eyes. Compared to most Pixar movies, I always saw DreamWorks as a cheap, unfulfilling alternative. But, surprisingly enough, the first Kung Fu Panda film was really great, and also game birth to a rather good adventure video game tie-in most movie tie-in game developers only dream of achieving.

DreamWorks knew it was on to a good thing with this franchise, and oversaturated the market with Kung Fu Panda merchandise all over the place, like Shrek before it. As a result, the quality of both films and video games have dipped in quality since the first.

At its very core, Kung Fu Panda: Showdown of Legendary Legends, is a Smash Bros. clone. I’m actually surprised we hadn’t seen all that many Smash Bros. clones over the years, as many franchises have enough characters that they could take the style of gameplay and make a passable game accessible to anyone that would easily tap into fan service for the characters. It could be that a Smash Bros. style game is very hard to manufacture (which would make me appreciate Nintendo’s genius all the more), but whichever the case, this particular clone attempt has turned out to be a fun, albeit shallow title. 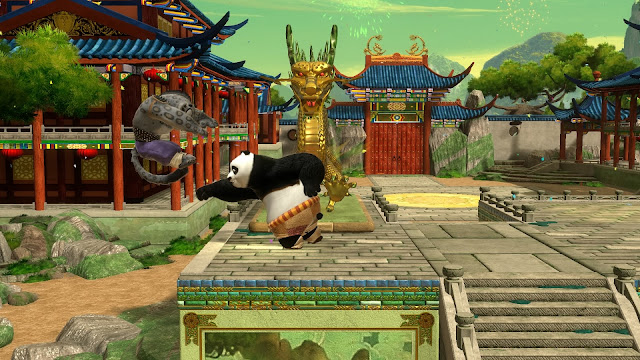 Like Smash Bros., Panda features gameplay mechanics such as double jumps, direction-based attacks, sphere-blocking, dodging, grabs and more. Anyone who has played Smash Bros. will feel instantly at home here. Where the game gets different however is that where in Smash Bros. the goal was to slowly damage opponents more and more so that they fly around more as they’re attacked to the point were a hit knocks them out of the park for a KO, and this damage was represented by a percentage meter growing from 0% to 100% and beyond, in Panda percentage meter actually starts at 100% and goes down to 0% as damage is dealt, the lower percentage indicating a character will get knocked further towards the screen as opposed to a higher percentage.

Like many movie tie-ins, the finished product leaves a little to be desired in terms of content and polish. Movement feels stiff, and on occasion it is difficult to hit an opposing character. The roster is pretty standard, with most of the characters that could compete fairly with one another included (it would make no sense to include Mantis, since he would have been to small, relative to the other characters, to balance in a fighting game). The content itself is also pretty bare, there are only a few modes of play, all of which are pretty standard these days, and when compared with unlocking trophies, characters, levels, music and more in Smash Bros., Panda offers no real reason to come back once all modes have been attempted. Even the online mode isn’t much to boast about, as the community really isn’t there for this style of game and its intended audience.

The game does do very well in representing the world of Kung Fu Panda. Between the levels, the animations and the character models, the game really does come to life. One particular level features a gorgeous waterfall amongst a detailed landscape. The game rarely dips in frame rate either which is nice to see. 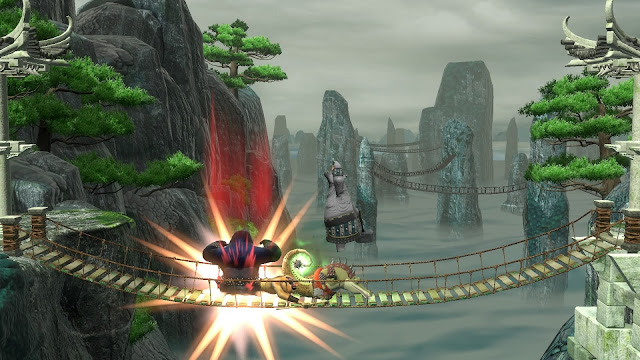 There honestly is not a lot to say about Kung Fu Panda: Showdown of Legendary Legends. It is a Smash Bros. clone through and through, so it does offer those without a Wii U the opportunity to play this type of game on a newer console. It isn’t anywhere near as good as the Smash Bros. games, but represents the world of Kung Fu Panda rather well. It really does seem that for every good part of the game, there is a negative aspect that stops it from being truly great. It is a passable Smash Bros. clone, but to be honest, if you’re that much of a fan of the Smash Bros. formula, surely you already have a Wii U.