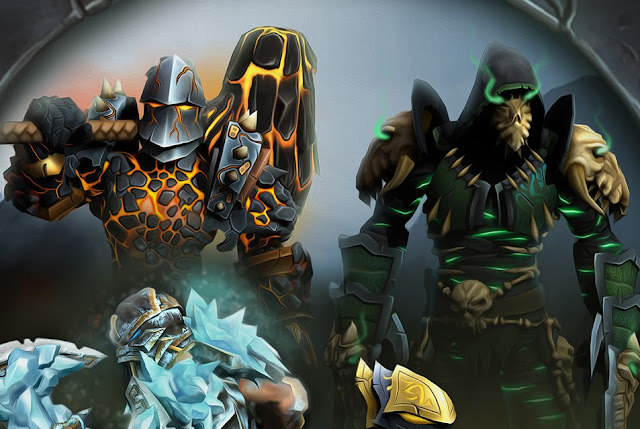 “This game was made to be challenging, and you WILL die trying to beat it… REPEATEDLY! Having a buddy to share in your trials is recommended.” – Sincerely, Beta Dwarf.

This is the text that greeted me upon booting up Forced. It was intimidating, to say the least. My children have revered me as the resident video game super hero, able to swoop in and scaffold them into conquering a difficult level in a game of New Super Mario Bros. or dungeon in Ocarina of Time 3D (yes, I’ve raised my children well). Forced took away all of my superpowers in the eyes of my children, as I turned into a pool of man-tears before their very eyes.

I instantly needed assistance. I called on my partner, who had countless epic quests with me in Baldur’s Gate: Dark Alliance on Gamecube and had been there every step of the way to completely finishing the entirety of Hyrule Warriors, gold ranks and all. Within ten minutes these children all of a sudden had two very cranky parents, with their mother muttering something along the lines of “review this game yourself” before the family moved on to Netflix for some Xena: Warrior Princess action. 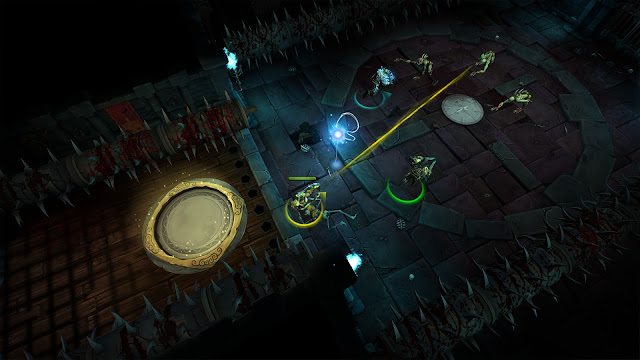 Forced is best described as being similar to Marvel: Ultimate Alliance, except the action takes place in arenas, rather than fully fledged linear levels. Each of these arenas contain trials, of which there is a total of 25, and contain three challenges each; complete the level, complete the level within a ridiculous time limit, and complete a task that the Joker himself would force Batman into.

Completion of these challenges bestows a crystal upon the protagonist, which act as a level up of sorts. As the protagonist gains crystals, so too do they gain additional powers. The powers are then unique dependent upon the weapon selection of the character, which include an ice shield, lightning bow, volcanic hammer and some daggers. Each weapon feels unique to a different play style, and can be switched between battles without losing crystals.

Once in a trial, the game has the player in control of a spirit named Balfus, who speaks to you and gives sage advice about enemies, switches and other important aspects of gameplay. Having Balfus follow the character proved difficult at first, but can be mastered pretty quickly, and mastering Balfus sooner rather than later is recommended due to some of the crazy things he needs to do to help. Balfus is able to pass through different totems, giving either Balfus an additional power (such as an explosion which can take out statues) or the protagonist an additional power (such as some health regen or a temporary boost in speed). 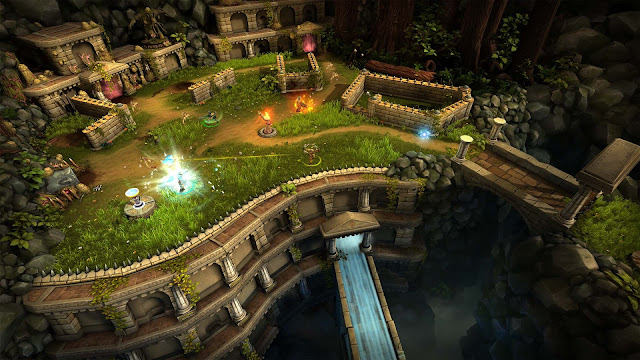 Of course, mastering Balfus is only one half of the story, as he needs to be controlled at the same time as besting all of the foes that come out to play. This at times can be swarms of 6 or 7 smaller goblin like characters, and at other times they will bring out an axe wielding maniac who proves much faster than anticipated, ensuring anyone tackling Forced is constantly switched on, as even the smallest of mistakes can prove costly. But of course, Forced is designed to be this way, that’s why it has a disclaimer at the beginning of the game. Two people made it somewhat more viable to walk out the other side, while four people make it somewhat easier, and I suggest heading online to find some buddies to saddle up with if the game is to actually be finished.

Now, while Forced is tough as nails, and it does a great job of doing exactly what it is advertised to do, there are some minor niggles that keep it from being a great game. There are framerate issues occasionally when there is a lot happening on screen, though these happened few and far between, they do become an issue when precision is key to finishing an arena. Another issue I had with Forced, and it is one I’ve had with many PC to console ports, and that is that the menus are far too small to read. I own a 55” Panasonic Viera LED television, and my couch is roughly eight feet from the television, and I still can’t read the descriptions of weapons and powers that I have gained. While I appreciate that many more games released on Steam are being ported to consoles, the developers do need to factor in that their intended audience is not a foot away from their screen any more, and that modifications to presentation do need to occur, because illegible text is ugly and simply unforgivable.

Nevertheless, Forced is actually a really good game. The mechanics of it all work rather well, co-op is fun if more than one person is up for punishment. Beta Dwarf has done a good job of making simple mechanics and turning them into a complex game of hand-eye coordination, skill and a little bit of luck mixed in for good measure.