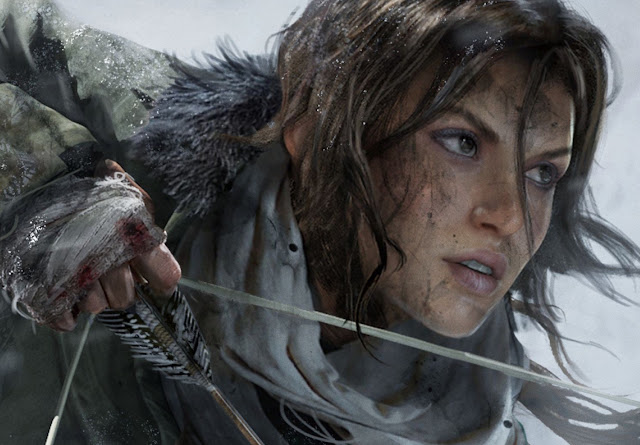 The rebooted Tomb Raider was a much-needed breath of fresh air for the popular series, and as an origins story, it was good to see the hero that has become so iconic taking shape. It was also good to see the development team take the opportunity to modernise Lara, so that she was no longer a digital pinup, but a far more fleshed out and interesting character. Rise of the Tomb Raider takes the series forward several ways, relying heavily on what worked from the last game and improving on several other aspects along the way.

Related reading: Matt’s review of the HD remaster of Tomb Raider, on PlayStation 4.

The adventure starts off in harrowing fashion as Lara finds herself climbing an icy mountain with only one other companion. This is footage that has been played previously when showing off the game at show leading up to its release, but it helps to set the stage nicely for what is to come. Lara faces her challenges with more confidence now than she did in the prior title. She is banged up from time to time, but never feels quite so close to being beaten as she did before.

The narrative then weaves back and forth a few times, touching on past events that led Lara to this point, before returning to the action at hand. It sets the stage, filling us in on the things we need to know as Lara pushes herself to what some unreasonable levels in an effort to finish the work her father began. You see images of Lara as a young girl, her affection for her father clear as he appears to be both loving, but also obsessed. The dynamic actually reminded me of the relationship between father and son in Indiana Jones and the Last Crusade. Hardly the first time parallels between Indy’s and Lara’s globe trotting lives have been drawn, but the plot relies heavily on Lara’s dogged insistence on seeing her father’s theories proven true. It’s impressively mature storytelling from the developers, and writer, Rhianna Pratchett, has done a wonderful job within the constraints of a blockbuster game in giving the characters nuance and depth. 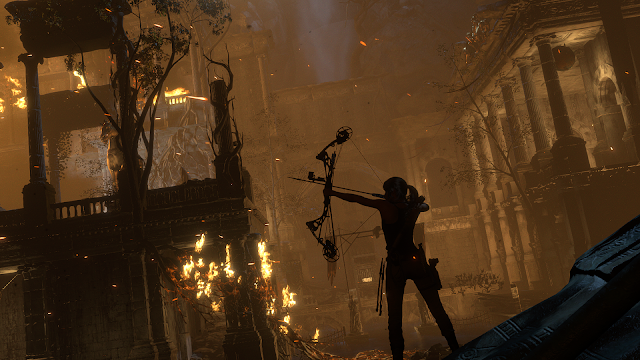 Despite the linear start, Rise of the Tomb Raider actually works best when it opens up its world to players. There is an incredible number of things to do, and while many games have blended stealth with action over the years, I would argue that Rise of the Tomb Raider does it as well (if not better) than any of them. Lara can use cover to sneak up and assassinate enemies either through melee weapons or ranged assault. Distractions and line-of-sight are key. You can swap weapons and develop new skills that allow for Lara to be even more devastating with them, dodging and countering with a brutal grace. One early encounter saw Lara leaping around from treetop to tree top, taking out military personnel swiftly and quietly until I found several huddled around a camp fire near a gas can. A perfectly aimed arrow ended the stealthy assault and brought flaming death down on the soldiers in one swift strike.

Importantly, because Lara is now a seasoned adventurer, the violence that she inflicts on her enemies is a less overt example of ludonarrative dissonance. In the previous Tomb Raider, Lara appears emotionally distraught with the violence done to and by her, and indeed the scene where she kills her first man is a fairly effecting scene. That impact was all but ruined when, a few minutes later, she clears a room of enemies like she’s trying out for a spot in the next Expendables film. This time around, though there is still a dissonance in effect, is milder, and more believable, and the game comes together better as a result.

Usually I find myself finding a particular style of play and sticking with it. It occurred to me about a third of the way through my adventure that I was deftly sliding from one style to another with Lara, just taking what seemed like the best option for the circumstance instead of trying to bend the situation to suit my preferences. It is a subtle thing, but it worked so very well within the context of the game. Of course, part of that freedom extends not only to the combat, but the sense of exploration as well. Maps have important markers all over them, and sometimes you can find clues that will map out points of interest for Lara along the way. Collectibles such as relics, murals, documents and more had me scavenging all over the landscape. Of course none were more entertaining for me than finding ancient tombs and trying to solve the puzzles within. Early on these puzzles are quite simple, with Lara often muttering what you should do next (more or less) under her breath to provide a sense of guidance. Later tombs provide plenty of challenge and with them, a nice sense of satisfaction in completing them. People who were disappointed with how limited and uninteresting the tomb exploration component of the previous Tomb Raider will be pleased to know that this time around the tombs are more integral to the whole experience; you are expected to delve into them, the puzzles and dangers they present are more extended, and there is a greater sense of reward in completing them. Where the previous Tomb Raider was actually a end-to-end shooter in the vein of Uncharted, Rise of the Tomb Raider seems more confident in the franchise’s own history, and the result is a game with a greater sense of itself as a result.

In addition to the above, the resource gathering for crafting had me continually looking around the environment for something that might help me out later. I loved using the bow and arrow, and as such I was constantly in need of wood and feathers for more arrows. Later you can modify your arrows to do additional things, such as creating a poisonous cloud that slows down the enemy – incredibly useful when dealing with large numbers or a particularly large and cranky bear during a key early encounter. Additionally, you gain experience for the things Lara does, and the familiar levelling system returns with new perks and rewards worth exploring.

In terms of the presentation, the voice acting, music and visuals are all top-notch. This could very well be the prettiest Xbox One game to date. Whether Lara is leaving tracks in the snow or animals are scurrying about in the dark of night, the environments are often gorgeous and character animations smooth. Anyone worried that the Xbox One might struggle with a game like this will be pleased to know that it handles the adventure wonderfully. 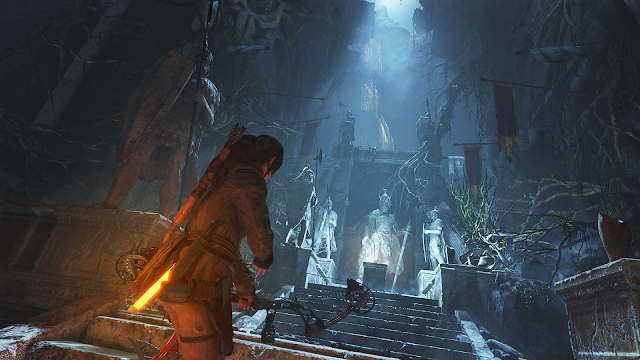 While I enjoyed the broader narrative and context of Rise of the Tomb Raider, the actual story and how it was told left me wanting. There was more conviction from Lara this time around and less of the conflict we saw in her prior adventure, which makes sense, but lacks for emotional impact. We know that she eventually becomes an amazing adventurer, but depending on how many games Crystal Dynamics plans to make in the series, Rise of the Tomb Raider would have been served better as a step on the path to her heroism than a giant leap forwards. Mind you, this is not so much a criticism as a missed opportunity by the development team to develop Lara’s character more.

Related reading: And for a blast from the past, here’s a retro review of the original Tomb Raider, as it appears on the Apple iPad.

Rise of the Tomb Raider represented a great opportunity for the Xbox One to get a meaningful AAA exclusive that was not a first-person shooter or racing game. The action is fluid and the open world begs the player to experiment and explore. It’s a sure fire sign that the people behind this new direction for Lara Croft really do know what they are doing, and the franchise is in good hands moving forwards.

Are you happy with the new direction that Tomb Raider has taken (in the past two games)?