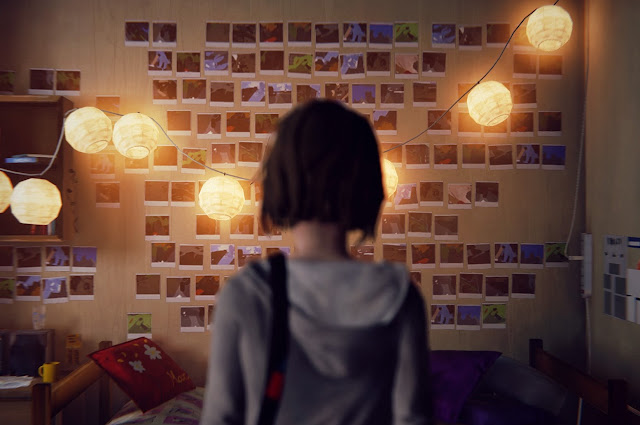 One of the things that I am most excited about with the games industry are titles like Life is Strange. More than simply entertaining games, works like Life is Strange also have academic merit, offering experiences through the interactivity, visual design, and narrative that come together to provide us with insight and meaning to ourselves, the human condition, or society at large.

Related reading: Matt’s review of the first chapter of Life Is Strange.

An academic, Luis de Miranda, has taken a special interest in Life is Strange, and he presented a paper on it at the FMRG24 Videogame Conference at Newcastle University. He took some time out of his busy schedule to have a brief chat with me about the game, and provide some of his insights into it based on his studies of it. It is absolutely fascinating to get a sense of some of the academic thinking that can be put into one of the best games of the year.

Digitally Downloaded (DD): The final chapter of Life is Strange delves into some pretty complex philosophical concepts itself (such as the discussion around determinism). Do you feel that games are a good way to explore concepts that generally only find themselves being discussed at an academic level?
Luis de Miranda (LM): Traditionally, the academic world hosts a discourse or a language-game that revolves around the two ideas of specialisation and abstraction. These two components might produce networks of concepts that are disconnected with the complexity of ‘real life’. ‘Real life’, if it were an academic field, would be multidisciplinary, partially abstract, experimental but not in a reductionist manner. Videogames which are a duplication and simulation of real-life environments can be analysed in terms of unified microcosms with much more homogeneity and unity than real-life, yet where part of its complexity is preserved. In the academic discourse, videogames can function as a synecdoche of our social experience, and be analysed as hybrid objects. As productions of human collaboration, they’re also interesting forms of cooperative art, where it’s often difficult to point to a specific author, which can lead to more systemic analysis.

DD: It is quite clear now that games can break out and have an impact on mainstream culture. Is this a sign to you that they have developed the same artistic credibility as other forms of art within our cultures?
LM: I understand your question a great deal, but I think this debate about higher or lower forms of art is now passé. Contemporary art has become almost exclusively a discourse on the arbitrary factor (and its sub-concepts of choice, values, freedom, taste, democracy, authorship, etc.). The very concept of credibility has been undermined by the last several decades of art (and probably the entire 20th century). Asking for artistic credibility is the very contradiction of contemporary art. I would argue that world-simulation videogames are works of art in a more classical sense, like novels. If you take Life is Strange, or other walking-simulators where the plot is rather deterministic despite the illusions of freedom, is it still a game? It can be considered as an interactive series, a new future for television and cinema, although I know many fans and even game creators who don’t like to hear that their games are a continuation of TV and cinema by other means.

DD: What specifically attracted you to Life is Strange as a focus for your work?
LM: It was pure coincidence, as I confess I don’t usually play videogames, more because of lack of time than lack of interest. Because I’d written a book on the cultural history of computers and digital media where I analysed several old videogames (L’art d’être libres au temps des automates), I was asked to participate in a conference on French videogames at the University of Newcastle, and that’s how I discovered Life is Strange, just when the first episode came out. I was attracted by the title. It felt like an intelligible title, full of possibilities.

DD: I found it odd that the first four chapters of the game focused on a relatively grounded (time travel aside) exploration of teenage life, with themes around bullying and the struggle for acceptance, only for the fifth chapter to take such a drastically different tonal shift. What was your take on the different tone of the last chapter – did you feel it fitted with the rest of the game?
LM: I actually felt the fifth chapter was in no way different to the previous ones, but a very rational and consequential resolution of the theme of the game. Life is Strange is according to me a game that is an existentialist answer to the question: What is individual freedom? The supernatural in the game, as confirmed by its creators in a conversation I had with them, is but a metaphor for the emotional roller-coaster that’s taking place in the protagonist’s soul and psyche. She eventually experiences an episode of quasi-madness and derealisation, which is the antepenultimate step of her discovery of responsibility and existential freedom. Each choice transforms your past because it introduces a specific filter and value into the narrative of your biography. So before an important decision, you experience the power of the Creal, the surreal flow of all possibilities (this refers to the minutes of lucid dreaming and perception alteration that Max experiences before she wakes up and faces her last and most important choice, which is the penultimate step: sacrificing her best friend or sacrificing her community). And the ultimate step is when the butterfly lands on her best friends coffin (the best friend symbolises the soul): we are condemned to be free. Freedom is always possible even when nothingness (death) seems to triumph. It’s the same thing for the alternative ending, which is somewhat more nihilistic, in what might be a reference to Thelma and Louise. Still, once the community is destroyed, the two survivors move on: life continues and they’ve discovered their destructive freedom. In both cases we have a tabula rasa moment. The blank state that precedes existential freedom. 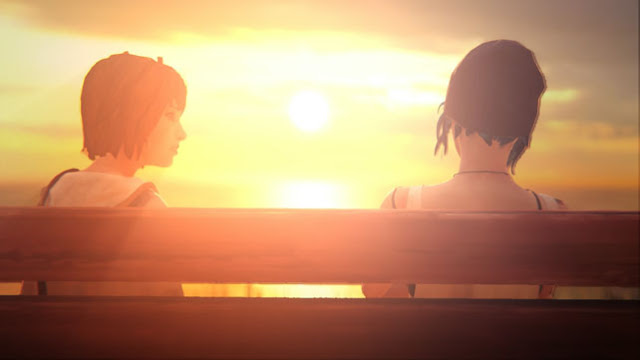 DD: Games are reaching the point now where they are telling rich and nuanced narratives. Do you think the added interactivity that games offer create significant challenges for people looking to tell their stories through the medium?
LM: I see the added interactivity, which is of course always limited and somewhat fake, as a means to engage the player’s reflection on real-life. Most of the time, games are not really challenging manually or physically. Their physical interactivity is rather easy, and could perhaps be compared to a form of light pruritus, figuratively speaking: an echo of our desire to control more aspects of the world we’re immersed in. And this is where games can become political machines: we can all observe the same phenomenon of limited interactivity in everyday life. By playing videogames (or reading books, for that matter), we start seeing our everyday environments as coded games; we can then aspire to more.