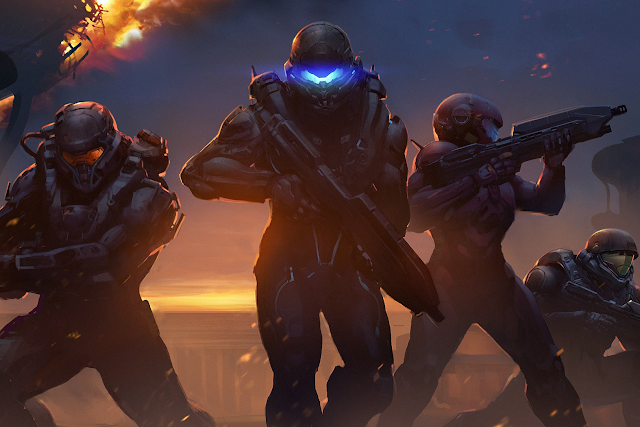 All in all, Halo 5: Guardians is an excellent game. It tells a story about two teams, and in many ways is a tale of two games as well. While many shooters have chosen to forgo a campaign completely, or have become tokenistic in effort at best, Halo 5 continues to offer both competitive multiplayer and a narrative that has had some work put into it. One half of the equation works better than the other, but the sum is still rather impressive.

Related reading: You can also check out Matt’s review of this game’s predecessor, Halo 4, here.

We will start with the campaign mode, because that is where I try to begin all of my shooters. There is no gradual build-up of story as events start off quite frantic right off of the bat. Plenty of familiar faces populate the story, and it’s not the best example of storytelling in the series, seemingly more interested in name dropping than doing something meaningful with the material. It somewhat reminds of Halo 2, where the narrative alternated between Master Chief and Arbiter, except here you pan back and forth between Master Chief’s squad and that of Jameson Locke and his Osiris team. I cannot help but feel like the presence of this Osiris team is perhaps being set-up for some sort of a Halo spin-off that does not feature Master Chief, so his presence here is also more tokenistic than it should be.

In following the story, we see Master Chief attempting to find Cortana, his AI companion he had assumed was lost. However, in doing so, Master Chief breaks rank and leads his team to find her against orders. Locke is then tasked with leading his team in trying to capture Master Chief and beat him to Cortana. It could have been a good setup, but things don’t sit quite as well as I would have liked. Here there are some good characters (it was especially great seeing Nathan Fillion reprising his role of Edward Buck from ODST), but they are not given a whole lot of material to actually work with along the way. It still manages to be entertaining enough, with moments of light-hearted banter going a long way to prevent the narrative falling into a drudgery, but I do think it’s time we start to question whether, sans Bungie, Microsoft is going to be able to deliver the science fiction fantasy epics that fans actually expect with this series. 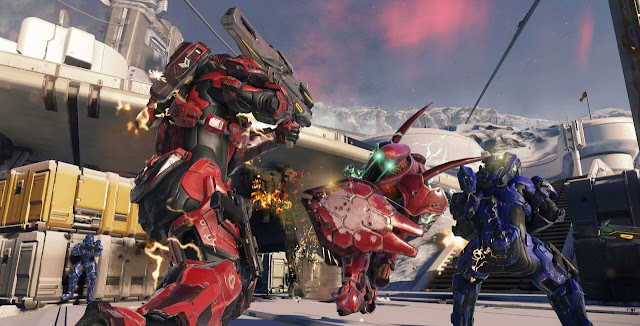 Speaking of having people along for the ride, that is arguably the largest fundamental difference between this campaign modes and what Halo has seen in prior iterations. Master Chief has largely been on his own during his adventures. There are times where he would bump into others, but his superhuman efforts had him taking on hordes of enemies all by his lonesome. We thought that might be the case with this one, with an early trailer showing him doing a great Obi-Wan Kenobi impression out in the middle of a desert (you know, if you ignore the whole green armour thing going on under the robe). It gave this impression that Halo 5: Guardians would be a largely solitary experience, but as we see in the final product, it is anything but. You can play cooperatively with more players now, with a squad of up to four.

There are flashes of Gears of War’s latest entry in this squad system. No longer does running out of health immediately bring up a Game Over screen. Instead you wind up in a compromised, vulnerable state that lets a team mate run over and help bring you back to life within a certain amount of time. The idea of cooperative play and restoration mechanics work really well and I enjoyed that. Less exciting was that team AI was severely limited. They were adequate at running around and shooting baddies in an open fire right, though things always got dicier when trying to make use of the awesome level design of the stages. Nooks and crannies and hidden passages allow for some great flanking and sneak tactics during combat, but too often AI team members just follow you around. You can issue some very specific commands, such as targeting a vehicle you want them to occupy or a singular target you would like them to focus on, but I came away with the distinct impression that the enemy AI was far smarter than my team’s – probably because they had fewer number of targets to concern themselves with.

To fully illustrate the frustrations with the team AI, I went ahead and let Buck drive the Warthog. That was a bad idea. We wound up trying to climb the side of a wall for about two minutes before he finally flipped us over. So clearly, path finding is not at its best here. However, it does make for some interesting boss battles. Near the end of the game you wind up dealing with a particularly harrowing scene with a limited arena space, a handful of incredibly tough and angry opponents and some laser eyes for additional difficulty. Here, with fewer targets for my team to sift through, they were better able to better assist me. More than that, it helped to create a truly challenging, entertaining and memorable battle that would not have worked so well if it was the usual one person against the world format we have seen in the past. 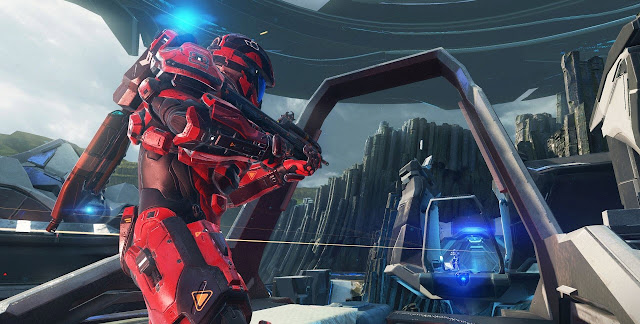 It is worth bringing up that splitscreen, such a staple of the Halo experience, is now a thing of the past. It makes sense on the one hand, as more people play online with friends than cooperatively on a sofa, so Microsoft may well have felt that there was no reason to make the additional investment for a small niche of players. I know this is a sign of the times, and I recall hearing all of the talk about how it would stabilise the framerate at a rock solid 60 frames per second (which it does achieve to absolutely beautiful results). But as someone that did enjoy playing the game in local multiplayer with my son, it was disappointing all of the same.

As previously mentioned, that level design is excellent, but more linear than the earlier Halo titles. This was clearly to facilitate more big moments and carefully choreographed fights, and those big moments do stand out when they do occur. Players have a few new tricks at their disposal, such as slamming into enemies on the ground from the air or bursting through doors with a charge attack that opens up the levels in interesting ways. You can certainly plough through the game without using those often, but the variety was a welcome addition. It is also worth noting that the gameplay for the combat itself has never been tighter. In addition to these new tricks, movement if slightly faster and is a little more precise. We are not talking about leaps and bounds here, as the Halo titles have always been well-made, but the tweaks have been appreciated and make this one of the best first-person shooters I have played to date.

This leads us to the second half of the equation. While the campaign here is solid fun with a slightly jumbled narrative, it does at least last several hours, and more than twice as long as most shooters. Still, at the end of the day, you have two options. Go back into the campaign and look for hidden items, try a harder difficulty, or head over to the competitive multiplayer component. After the fiasco that the Master Chief Collection experienced with its online connectivity, I am happy to report that while there are a few kinks here and there with matchmaking taking perhaps a smidgeon longer than I would like (and that is likely to be expected of a new release), the online component is in great shape this time around. 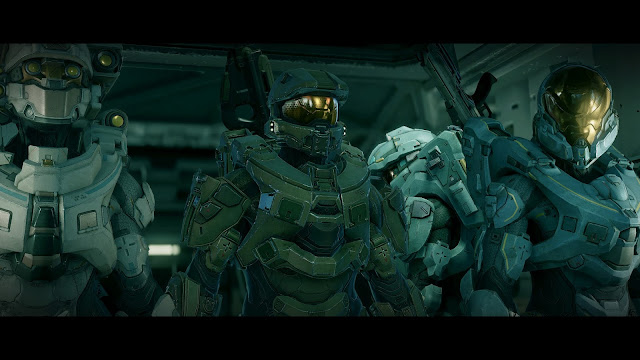 Arena is the most akin to the classic Halo multiplayer experience, with familiar options such as Capture the Flag, Team Slayer, etc in there. Gone are the Call of Duty-like loadout options with armour powers that threw the competitive balance into question. Take a couple of weapons into battle, find respawning weapons of greater power in the environment and bask in the familiarity of older Halo games with new arenas and refined controls.

Related reading: To check out what Halo’s original creator, Bungie, has been up to, check out Matt’s review of Destiny.

However, Warzone is something completely new and different, and it takes a handful of risks that pay off wonderfully. With some MOBA-like influences that pits players not only against other players but the environment as well, it has that grand ‘big battlefield’ vibe that more games have been trying to create of late, and it works really well here. I was surprised at how balanced the teams and scenarios were. Requisition cards that let you call down weapons or vehicles (reminding me of Care Packages from Call of Duty) serve as quality twist to the existing formula as well.

Halo 5: Guardians deserves credit for taking chances and trying some new things. It would be safest and easiest to simply modify what has worked in the past and gloss it up and send it out, but modes like Warzone in multiplayer and the shift to a party structure in the campaign are chances that mostly work out well.

Interview: An academic look at Life is Strange