This week brought us the news that bikinis would be removed from the very adult Fatal Frame: Maiden of Black Water. It’s still a very adult game, mind you, on account of the violence and fact that it’s a terrifying-looking game from one of the most horrifying franchises out there. Let’s put it this way; if I had kids, removing the bikinis would not change my mind; the kids would not be playing this one.

So, to make it nice and easy for our censors to protect our delicate adult eyes from things so offensive that we would never see them on every reality television series ever or the beach or anything like that, this week’s Friday Ten will list ten games with bikinis that we need to be retroactively censored in order to protect us from ourselves.

Who knows… once these have been purged from existence we can get back to wholesome activities like punching men in the nuts in Mortal Kombat. So hard that they explode. That’s much more wholesome than a woman in a bikini. 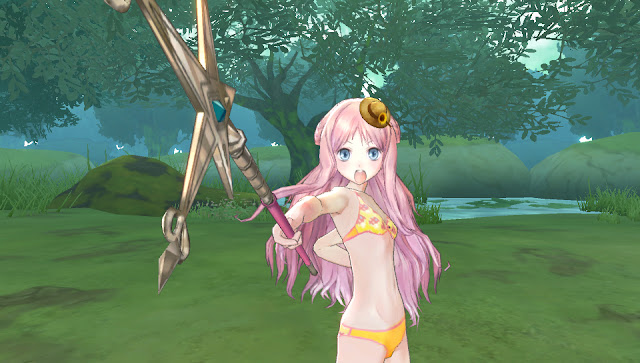 Atelier Meruru is an incredibly offensive game. See, this girl here (Meruru) is a princess that spends every second of her time working to improve her community, representing the very ideal of what a political leader should strive for. She’s a determined, ethical, and charming woman with a great sense of humour, and while there is combat in her game, there’s not a drop of blood to be seen. That all sounds good, right? Sadly it is all ruined because this completely optional bikini is just too immoral. 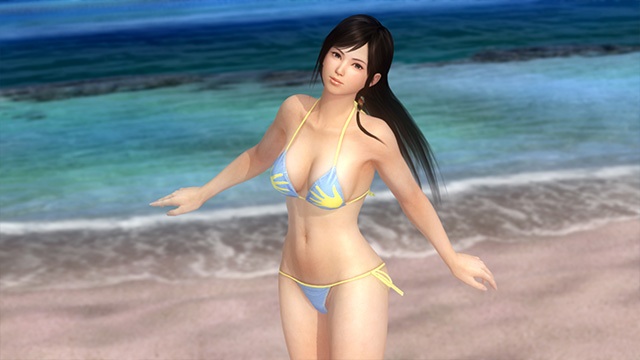 This game is pure sin. Unlike the nice, wholesome, Street Fighter or Mortal Kombat, where you beat up characters or tear them limb from limb, respectively, Dead or Alive 5 just takes things too far; there are bikinis in this one, and that’s just taking things too far. If these girls were covered up like nice, decent people from head to toe there wouldn’t be a problem and we wouldn’t need to censor this game. Just don’t cover their hair, because that would be too Islamic and as we all know only the Islamics try and tell people what to wear. These girls need to have the freedom to dress according to what we say they should dress like. 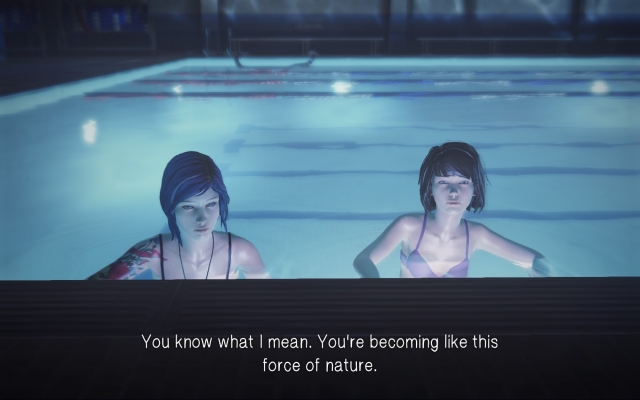 Let’s not fool ourselves into thinking that only the Japanese make them evil games with bikinis. Life is Strange was shaping up to be such a good game. It had an amazing duo of female protagonists, a superb, deeply feminist narrative, and a plot line that was both thoughtful and deeply insightful. But then there was this scene where the lead character jumps in a pool, and she wasn’t fully clothed like a decent girl should be, so as a result Life is Strange is actually trash. 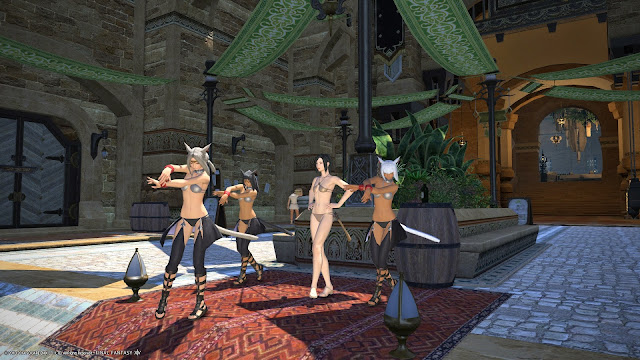 This is one of the worst of all. I mean, Final Fantasy XIV is a MMO, and that means people have control over everything that happens in the game. That includes their character costumes. You can see where I’m going with this, right? Some people actually have the audacity to dress their character up in swimwear. And, I mean, this is just unacceptable behaviour. We need to purge Final Fantasy XIV until people only dress their characters in costumes that have been deemed appropriate and approved by a decency board. So in Persona 4 there’s this character called Risette, and she’s a popular idol. In one scene we see her in a bikini, threatening to tear it off. Now we know that this scene is important for a number of key reasons (it shows her inner conflicts that she is struggling against, and provides a criticism of the voyeurism in Japanese idol culture), but Persona 4 is a very real example of art, and art is only allowed to represent wholesome subjects that make people happy (but not in that way, because that’s immoral and stuff). 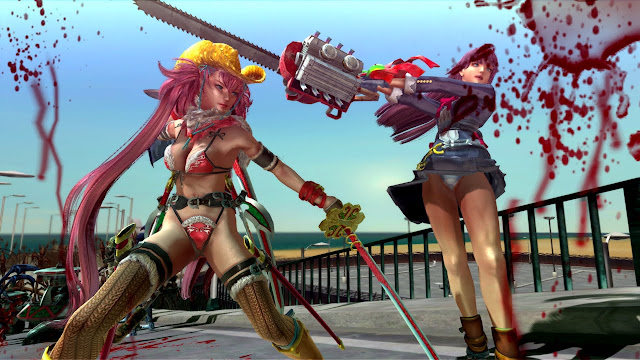 This is one of the most immoral games ever. I mean, it has a bikini-clad girl on the cover, and it only gets worse from here. There are unlockable costumes with even less material. Here is an adult game that is clearly marked as an adult game, but because parents are just too busy to monitor what games their children play we just can’t trust anyone to have access to this game. So it clearly needs to be burned, like what we did to the tasteless books of old. 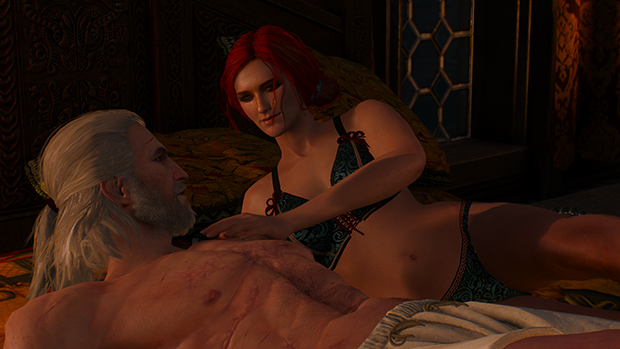 There’s only one thing worse than bikinis, and that’s lingerie (well, actually, nudity’s even worse again, but I digress). The Witcher 3: Wild Hunt has lots of lingerie and even a bit of nudity. As such, we can’t believe this was actually allowed to be released in the first place. I mean, I know you’ve seen plenty of other reviews out there recommending the game wholeheartedly, but as Harry Potter showed us, you can have fantasy without characters stripping down to their underwear, so we should force the people at CD Projekt Red to patch out all the unnecessary lewdness out of its game. 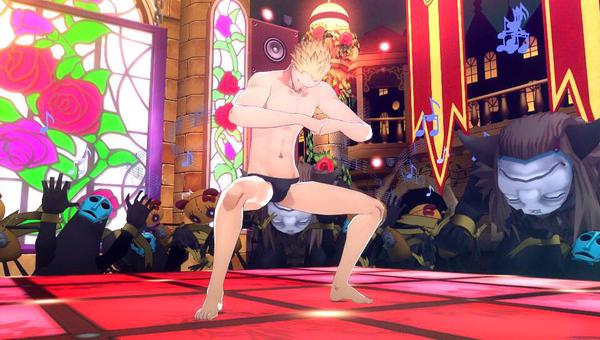 Persona 4: Dancing All Night manages to be even worse than Persona 4. This is a dancing game, and there is a wide range of both male and female characters in it. Each of the girls have bikini costumes, which, of course, makes this a reprehensible game that needs to be censored (actually, except one, who gets a one piece, which isn’t much better). But it’s worse. The male characters have swimwear costumes too! That makes it twice as bad! 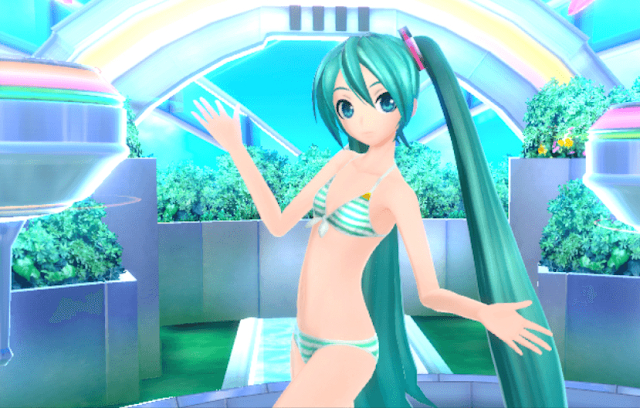 Hatsune Miku: Project Diva f 2nd was almost acceptable. Another dancing game, like with Persona 4: Dancing All Night there were plenty of costumes to unlock. Now, some of them straddled what we would say is in good taste, but we would have let it fly. Unfortunately, SEGA decided to make this bikini a completely optional and completely unnecessary DLC purchase. Because we can’t trust people to be responsible with their money and only buy wholesome things, I guess it’s time to get an online petition going to ban the whole game. 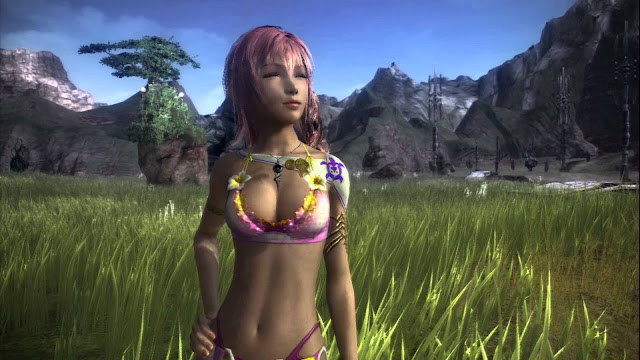 You have no idea how frustrating it is to have an otherwise excellent game ruined by the presence of a swimsuit. If you can avoid dressing the leading lady, Serah, in her pink bikini, then you’re in for a wonderful time, with dozens of hours of some of the best Final Fantasy gameplay that we’ve seen in some time. But unfortunately Square Enix added this swimsuit as a DLC extra, and it ruins the game completely. Even if you don’t use it yourself, you just know that other people will, and that ruins the character (and the game) completely.

On Samurai Warriors Empires 4 and building its cutest character