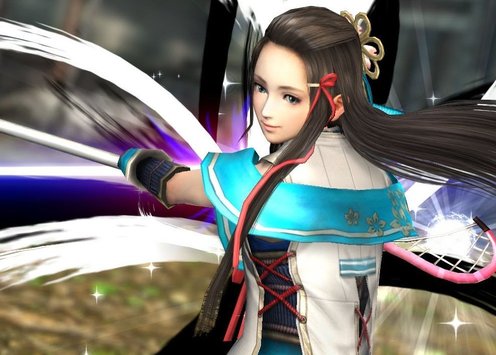 It’s easy to dismiss the Warriors franchise for its frequent releases. After all, by the time that Samurai Warriors 4: Empires launches in the west (early next year), it will have been three Samurai Warriors games over the course of two years.

“Surely”, many say “these games release so frequently, and they are so similar to one another, that it’s not necessary to buy into them all.” On a superficial level, they’re almost right. Each Samurai Warrior game features much the same cast of characters, drawn from history, fighting in the same sequence of battles, which have been predetermined by history. But as easy as it is to dismiss each game, it’s unfair to do so, because in subtle ways each one is, in fact, significantly different from what came before. 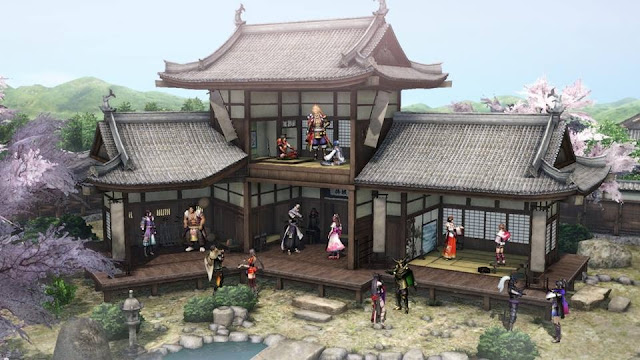 In a very abstract way, and without the same overwhelming depth of, say, Nobunaga’s Ambition, Samurai Warriors 4: Empires is a game about managing resources, an empire, and the tactics on the battlefield. It means the game has a completely different tone and atmosphere to it, according to the game’s director, Osamu Mieda.

“In Samurai Warriors 4 and Samurai Warriors 4-II there was a great deal of focus on character development and certainly that was the reason that you would look to enjoy with those games,” Mieda said. “But with this game all bets are off and anything could happen, and that’s part of its appeal. You could have a battle that never happened in history, or develop friendships with people that were rivals in the real history. Anything can happen, so creating your own story is more important than following along with history.”

So Nobunaga Oda might never be killed, and might well succeed in becoming the tyrant of all of Japan. Or you can create your own hero and have him (or her) rub shoulders with your favourite characters in history. It’s pure fantasy stuff, and a very different kind of wish fulfilment when compared to the main titles in the series, but for the “what if” historians out there, this is a fascinating way to play around with alternative historical scenarios.

The shift in focus that we will see in Samurai Warriors 4 Empires has a more significant impact on the gameplay than many might assume at first. For the previous Samurai Warriors 4 titles, for example, each battle was modelled after a battle that happened in real life. So, if there was a particularly clever strategy enacted by one of the generals, it needed to be implemented into the flow and narrative of the battle.

But for Samurai Warriors 4 Empires, there are no set pitched battles and conflicts happen on the initiative of the player. This meant that the Koei Tecmo designers could not insert unique narrative events into each battle. Instead, the team left the clever strategising in the hands of the players.

“At the start of a battle you’ll select formations for your units and put them into battle, and these formations have strengths and weaknesses to enemy formations,” Mieda said. “There are also battlefield stratagems you can trigger in the middle of a battle, which makes it easier to capture or defend a key strategic point. 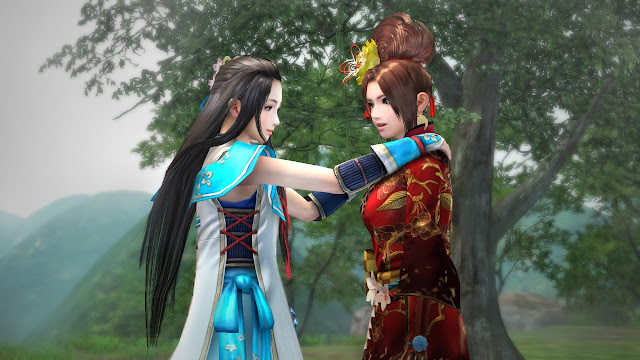 But that’s not to say Samurai Warriors 4 Empires is not authentic to history. Indeed, as I have written in the past, the historical authenticity on display with regards to this franchise is typically deeper than even the most committed fans give it credit for, and it’s something the developers take a great deal of pride in.

Indeed, as much as Mieda enjoys the action of his own game, what really pulls him in with the Warriors franchise as a whole is his love for the characters and history. “Above all else it’s the characters and the individuality of each of them that I keep coming back to,” he said. “Over the years we’ve been building this up, and now we have a very wide variety of personalities on display in Samurai Warriors – we’re up to 56 and that is what attracts me most to the series.”

Mieda has had a personal hand in determining some of the characters, too. His personal favourite is Lady Hayakawa, the daughter of Ujiyasu Hojo. “I was very heavily involved in her design, from the lines she speaks to her visual appearance, and so on… I have a lot invested in her,” Mieda said. 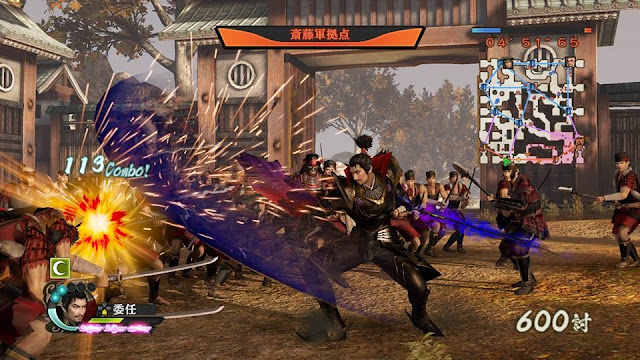 “We do a lot of research into each character. Even though they are well known figures of history in Japan, we want to make sure what we’re putting into our games are not based on stereotypes and popular fiction. We go back and research the materials and read carefully to make sure we know as much as possible about each person before we start to design their character.

“Then we take that research and think about which aspects of the character can be played up to make them attractive in a video game. We think this is one of the most important parts of developing a game like Samurai Warriors, and it does takes a long time to get right. We would never play something up if we felt it would be a betrayal to that person’s historical presence. We feel like we can’t be untrue to the real character.”

As with all characters in the franchise, one of the places we see this commitment to character authenticity (even if it’s at the expense of accuracy) can be seen in the weapon that the character wields. Lady Hayakawa carries a sports stick, that is strongly reminiscent of a Lacrosse stick. It’s not, however. It’s a implement that was used in a very old Japanese sport, and is of intense relevance to the character of Hayakawa, Mieda said.

“This is actually from an old game that the wealthy Japanese would play called Gitcho.” Mieda said. “Lady Hayakawa was noble, and well mannered, and she married into the Imagawa family, who had the reputation for being patrons of art and culture, so we felt that something representing a high-class person’s sport from the era would make for an appropriate weapon for her character.”

Related reading: You can check out Matt’s review of Dynasty Warriors 8 Empires to get a feel for what Samurai Warriors 4 Empires might offer.

It’s little nods of authenticity like this that will keep Samurai Warriors 4 Empires grounded in the history of the era. Even if you set up a scenario where Nobunaga Oda is never betrayed and killed and is able to extend his reign of terror to the whole of Japan, what you’ll have in front of you is a heavily abstracted, but quite authentic alternative history of Japan. And that is why Samurai Warriors 4 Empires is well worth looking forward to, even if you’ve already played through its two predecessors.

Total War: Warhammer launching in April, is the first in an “epic trilogy”

The Friday Ten: Censor THIS; the great swimsuits of gaming