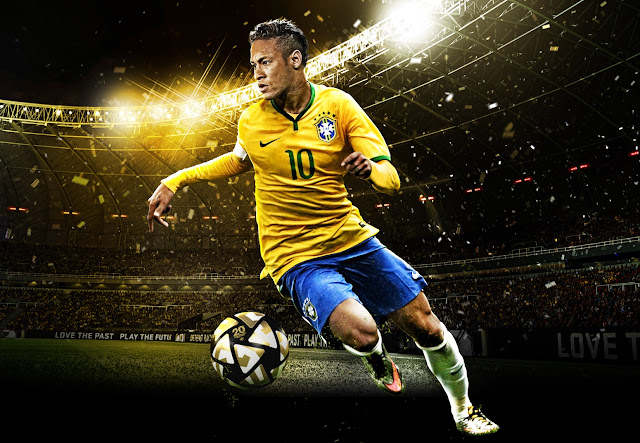 I say this every year, but it remains relevant every year – I prefer Konami’s Pro Evolution Soccer (PES) to EA’s FIFA. This year is no different, at least where the on-pitch action is concerned. I hope EA is ultimately rewarded for taking the step to include women’s soccer in its game, but in terms of the football game I’ll be playing until next year’s inevitable showdown between the two, it’ll be PES all the way.

The reasons that I prefer PES remain the same reasons that I have prefered the series for some time now. There’s a better sense of atmospherics, so much so that where in FIFA I play the game with a side-on camera because it facilitaes a more strategic vide of the action, with PES I play from a close behind-the-back action camera. It makes the game more difficult because spatial understanding is more challenging, but it feels a heck of a lot more like I’m close in on the action, and with PES I want front-row seats. The engine looks gorgeous, the crowd’s roar is addictive, the way the players move about the pitch I find to be intensely realistic.

It is in the engine that we see the biggest updates in PES 2016 when compared to last year’s edition. PES 2015 was a clear learning curve for the development team, working on the PlayStation 4 for the first time (and using the Fox Engine for the first time). With more experience under the belt, the presentation of PES 2016 is an order of magnitude more impressive, with players looking especially lifelike close up. Konami has added in the ability to control goal celebrations this time around, and that’s purely to show off the eye candy behind what is, as far as I’m concerned, the best looking sports game out there at the moment. 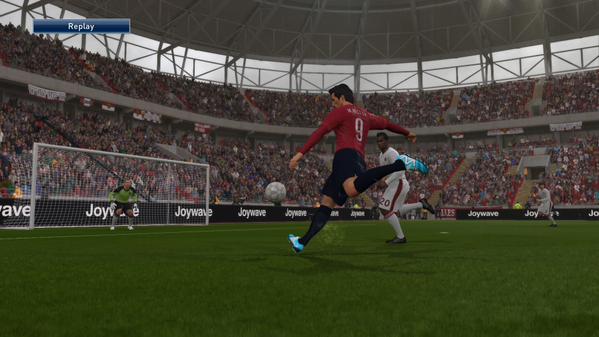 I also prefer the focus on the regional club games that we find in PES. Where FIFA alternates between World Cup and domestic leagues (depending on which edition of the game is launching), PES is all about the Champions Leagues of Europe, Asia, and South America. As these represent the finest competitions around the world, it it intensely interesting to play through them, and with fewer minnows most matches end up feeling like a clash of the titans (go the Kashima Antlers!).

Because most of the really popular teams end up in one of the champions leagues, most players will find a favourite team to play along with. Unfortunately, PES’ biggest Achilles heel remains its licensing. Teams that aren’t in the Champions Leagues are not licensed, so, if you’re like me and a fan of Crystal Palace in the English Premier League, you’re going to have to deal with playing a fake-name swap in. Additionally, without the domestic leagues there are more places where teams simply don’t exist in the game. Outside of the two teams that made the AFC Champions Cup, for example, there are no Australian teams in PES 2016. There are no American teams. There are no women’s teams.

While there are more than enough properly license players to justify, PES would do well for future editions if it were to pick up some of the domestic competitions that FIFA doesn’t cover. The J-League, for example, is rapidly growing into a major competition and attracting world-class players to it. It’s high time someone picked up the full license to include that one. 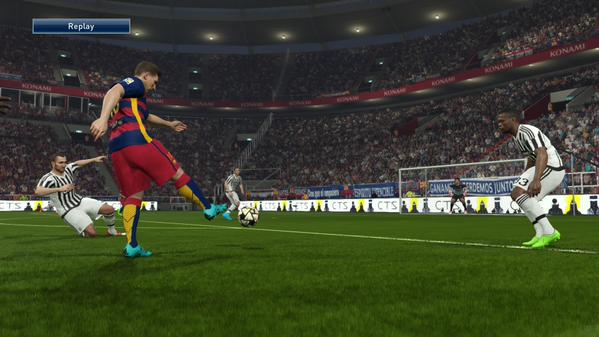 Finally, the international competition of PES is limited when compared to FIFA. There’s more than enough teams to create international competitions, but it remains noticeable while playing through this mode that Konami really does want to you play the Champions League cups instead. That impression stuck with me as I was playing through MyClub, which is Konami’s take on the card-collecting management mode in FIFA. Again, it’s all present and correct, and you’ll find yourself earning points for on-field antics that you can then use to randomly unlock new, better, players and add them to their teams. It’s also nice to see some progression systems in place, with the players also earning experience for each match they play, which levels them up and improves their abilities. This means you’re able to keep your favourite players in the team a little longer, even when their stats are initially a bit lower than some of the other “cards” you’ve unlocked. It’s an addictive mode to play through, and the most competitive that Konami has been with FIFA in some time with regards to the off-field management stuff… and yet, it’s still hard to shake the feeling that it’s all quite tokenistic and simply there to get people to play this game, so they can experience the action on the field.

PES plays beautifully on the field. For me football isn’t about fancy tricks and individual player brilliance. It’s about a steady passing game, leading to clever positioning of players around a pitch, and then a carefully executed precision strike at the goal. What PES does far, far better than FIFA is enable players to concentrate on that passing and positioning. And that gap is widening with the tweaks to the physics engine this year around. Players have a greater depth of animation, which not only looks good on the field, but it means they are more subtly responsive to an expert player’s touch. The sheer precision in movement and positioning that is possible with this game is the best I’ve ever seen, with players acting like an extension of my will in almost all circumstances. I don’t think it will be ever possible to eliminate every wonky moment where players will stand around looking dumbly at a loose ball, but the consistency with which PES 2016 gets things right is beyond what I’ve seen in either major football franchise in the past.

So, yes, you can dig deeply into the online modes, MyClub, or the manager modes. And for my commentary about passing and player movement above there is also plenty of room for clever button pressing to lead to the on-screen players doing some brilliantly impressive tricks. The PES developers have hit those benchmark minimums, but I suspect that people who like all that off-field and high action stuff, FIFA will forever be the more appealing game. 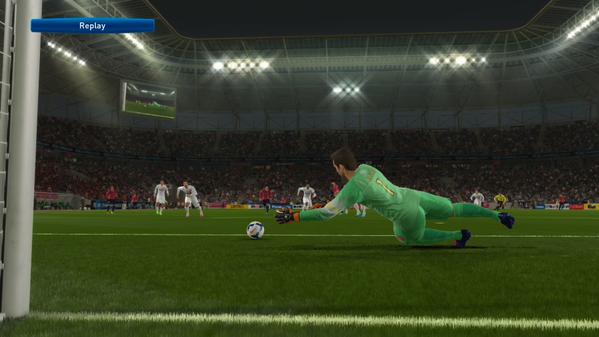 Meanwhile, PES is the football game for people who love the elegance, grace, and flow of the sport. PES has always been good at that, and this year’s edition, while only making subtle tweaks to the on-field engine, has done so so effectively that it has become the definitive take on the sport.

EB Expo 2015: Hands-on with Rise of the Tomb Raider