Welcome to Digitally Downloaded’s weekly news feature, Catch-up coffee Monday. Each Monday we will bring you the best news from the previous week that you may have missed. Grab the biggest mug you’ve got, fill it with your favourite brew, and catch up with us!

Zodiac impresses us more and more as we see more of it. With a release date not far around the corner, the developer has started releasing trailers highlighting the important characters. The latest trailer focuses on one of the leading ladies, Ulan.

This game is a French production, but has a number of JRPG veterans on the team, including Kazushige Nojima and Hitoshi Sakimoto. The stunning art that you’ll see in the trailer, below, was also designed by a Japanese company.

The new trailers for SMT Vs. Fire Emblem are awesome and more awesome

This game here is one of just a handful remaining that are really worth keeping a Wii U around for. Hopefully it knocks things out of the park to give the struggling console another bona fide classic.

Books about game art are good

Obviously I would love it if everyone bought a copy of my own book, Game Art. But I’m not going to claim it’s the only art book worth owning! There is a really gorgeous-looking book about the SNES on the way, and it’s definitely on our radars.

As reported on Kotaku, it’s not due for a release until next year, but it’s worth keeping an eye on for when it lands. 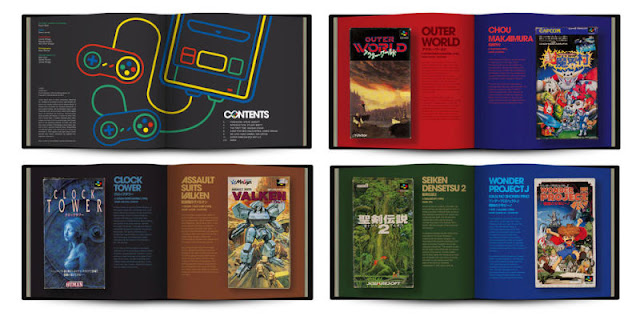 There’s a Sword Art movie on the way, and it looks great

Sword Art Online is one of the better anime out there, and that has translated well over to games, with the PlayStation 4 title being a real standout.

As with every fledgling anime franchise, once it hits a certain level of popularity it’s time to pull out the film makers, and now we have a Sword Art Online film on the way. The teaser trailer below will give you a hint of what to expect.

And there you have it – you’re all caught up and good to go for the next week! Is there anything that gets you really excited? Let us know in the comments!