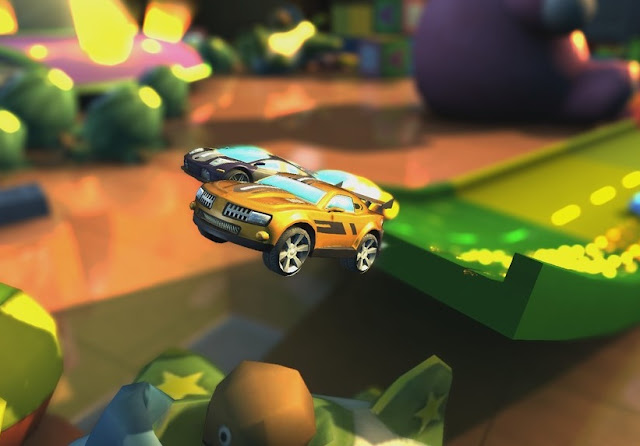 Whenever a kart racing game comes along, I always approach with trepidation. Brands and online multiplayer might appeal to some players, but to me, there’s no enjoyment in a kart racer unless the tracks are solid. A good kart racing game has tracks that are intricate, enjoyable and above all, balanced. What Super Toy Cars delivers is kart racer filled with a collection of unbalanced tracks that seem like they came from genuine fans of the genre, who unfortunately lack the understanding of what makes for a great game. Super Toy Cars was developed by Eclipse Games, and is no doubt inspired by classic Mario Kart and Micro Machines, which both leave Super Toy Cars in their dust.

The game tries to emulate the feeling of a top down racer, even coming with the option to change the viewing angle to an isometric view. Given the focus of tabletop races, the track designs are simplistic. Aside from a few ramps and jumps, the terrain is very horizontal, at many times edging on the cusp of boring. Racing would be mindless if it weren’t for the frustrating gameplay mechanics introduced. Any collision causes the car the player is racing to become uncontrollable, often leaving players with no choice as to reset their car, which brings the consequence of losing pole position. Drifting and sustaining air time will also give build up a boost, which allows for a temporary speed boost. None of the tracks are visually appealing either, often seeming to be littered with junk to create the course. Thankfully though there is no rubber banding AI, which would have really ended any potential this one had. 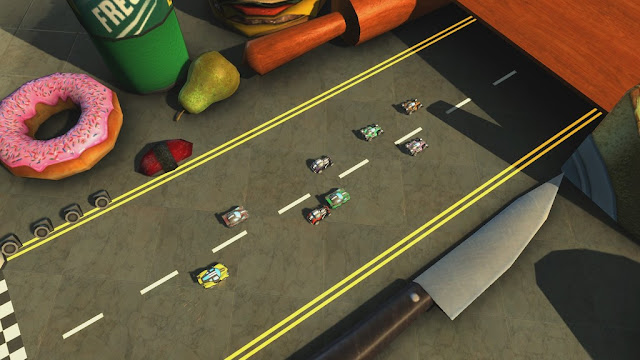 The main calling card of Super Toy Cars is the career mode. The 12 tracks available to race on are remixed to provide with different ways to race. Events range from actual races, to elimination races, and time attacks. It does add some variety to the game in having differing objectives with each race, but even still, when the courses are this uninspiring they remain draining to repeat, no matter how much variety the developers desperately try and throw in there.

By far the best aspect of this game is the music, which compared to the lacklustre presentation of Super Toy Cars is enjoyable to race to. Provided by the band, The Spin Wires, there’s something therapeutic about racing at high speeds to rock music, and the game comes loaded with enough variety to minimise the repetition, even though the track you get on any given race is randomised. 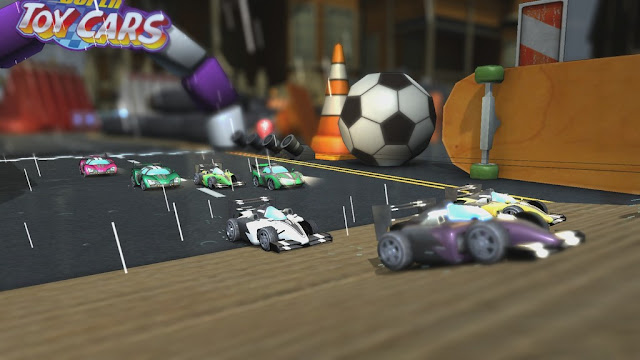 Related reading: For a second take on the game, Pierre-Yves quite enjoyed the Wii U version.

Super Toys Cars is limited in its offerings. Unlike the PC version, which has been on Steam for a few months, there is no online component or a track creator. There’s not a big sense of creativity in the track design or even the game design, it’s all run of the mill kart racer, which is disappointing as the Xbox One has the most limited range of games in this particular genre.

DDNet does Japan! Day #18: Disney in the rain