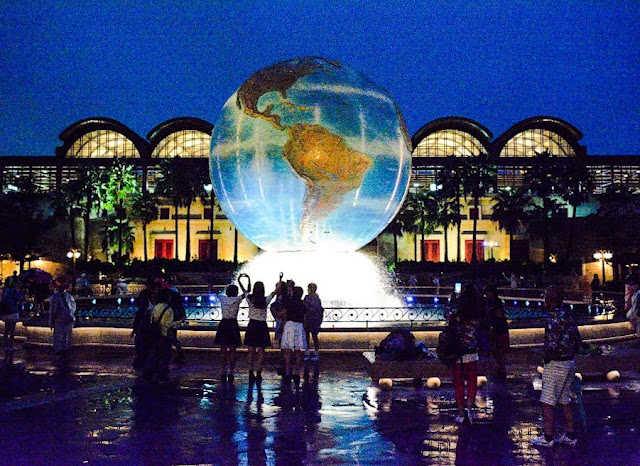 As I mentioned last week, a typhoon that came through Japan left us all a little… wet. The day before it got too wet to even leave the house, though, was the day that I had a trip to DisneySea planned. It was still utterly torrential rain conditions, but it wasn’t quite so bad as to force people to stay indoors. So do you think the Japanese would be dissuaded from going to Disney as a typhoon bears down?

If you thought that might be the case for even a moment, then you don’t know the Japanese very well.

It was, in fact, very busy. People tended to try and find areas of shelter to recover from the rain (which meant the restaurants and indoor rides were very popular), but in practice the park was simply filled with people happy to don the ponchos, open the umbrellas, and stoically deal with the wet conditions in their quest to have fun. And I can’t say I blame them. Even when DisneySea is utterly drenched, and even when a hole in your shoe means that within minutes your feet were drenched and would remain (uncomfortably) that way for the rest of the day, DisneySea is still a very special kind of experience. 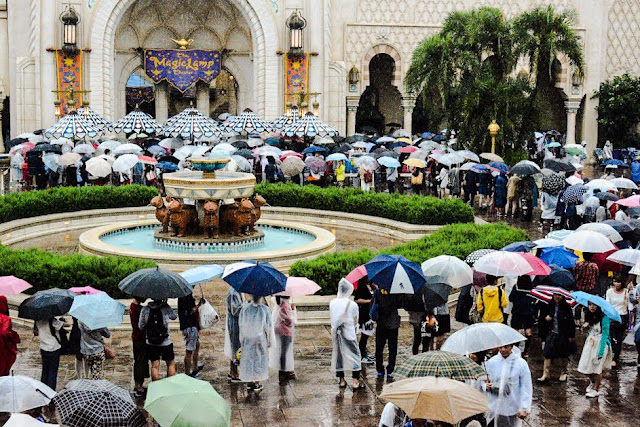 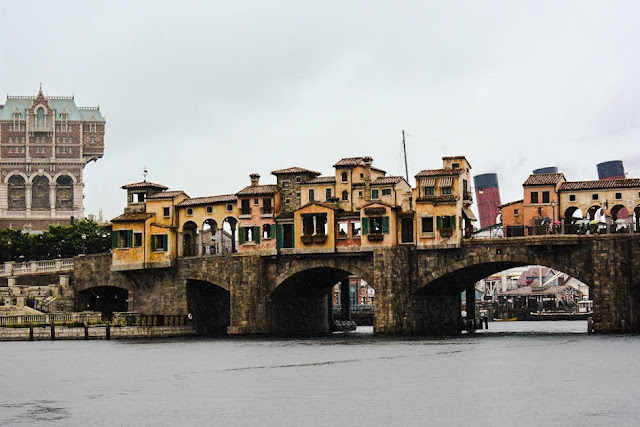 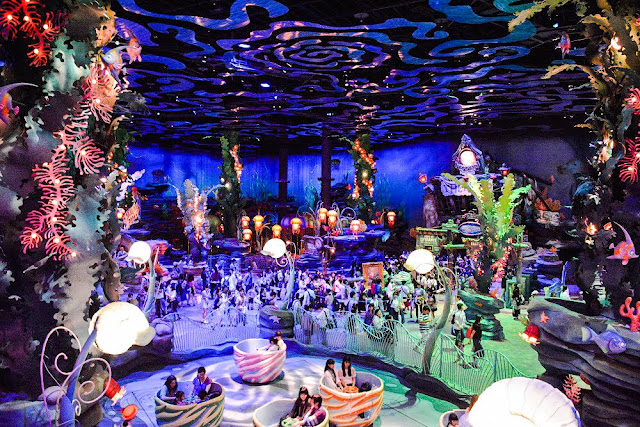 For those who aren’t familiar with Tokyo Disney Resort, there are actually two different theme parks within the one area. There’s Disneyland, which is a classic theme part modelled after the other parks around the world, and then there’s DisneySea, which follows a similar design to Disneyland, but is pitched at a slightly older audience. It’s the one teenagers come to for dates, for example, or older Disney fans come to for the slightly more exciting and dynamic rides. Within DisneySea you’re wander through themed areas designed to an excruciating level of detail to recreate the atmosphere of various Disney properties; it opens with a glamorous facade that could be the streets of Italy, before winding over to an area modelled after Aladdin’s Middle East, a jungle area designed after Indiana Jones, and a deep sea excursion taken straight from The Little Mermaid. Each area has its own themed rides, restaurants/ eateries and gift shops, and it’s a joy simply to wander around and soak in the atmosphere.

Lines can get very long though, and when you’re getting pelted by rain while in line, it can be a frustrating wait. While I was there I saw lines that were as long as 200 minutes… and I can only imagine how long people sit and wait for some rides during the busier seasons or times where the weather is better. Disney has got a solution of sorts to this problem in the fast pass system. Basically what you do is pick a popular ride that you really want to go on, and at the start of the day, go over and get a fast pass for it. That pass will have a time written on it for a number of hours later. Then you go and do other things, like enjoying the rides with the shorter lines, as you pass the time until the fast pass time comes. Then you hand over your fast pass and get to jump on to a special, short line that will have you on the ride in minutes while the crowd behind you who didn’t get the fast pass continues to patiently wait.

The fast pass system will only work for a couple of rides through the day, as times that they can be redeemed are deliberately designed to clash so people don’t run through and fast pass everything, but for a favourite ride or two it’s the only way to really get to enjoy them without wasting half your day in a line. 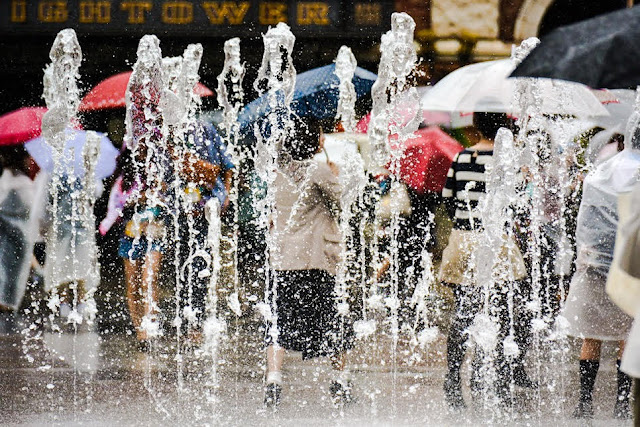 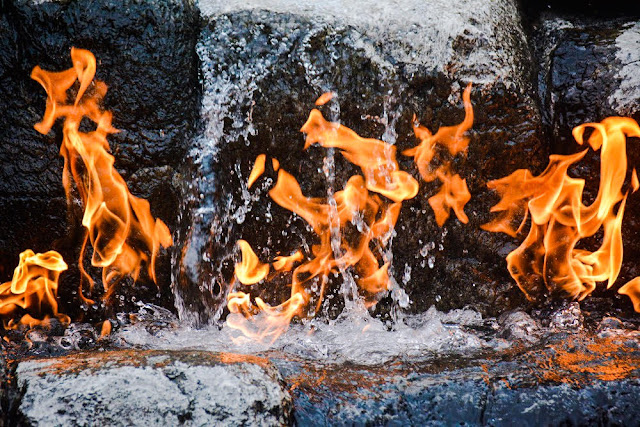 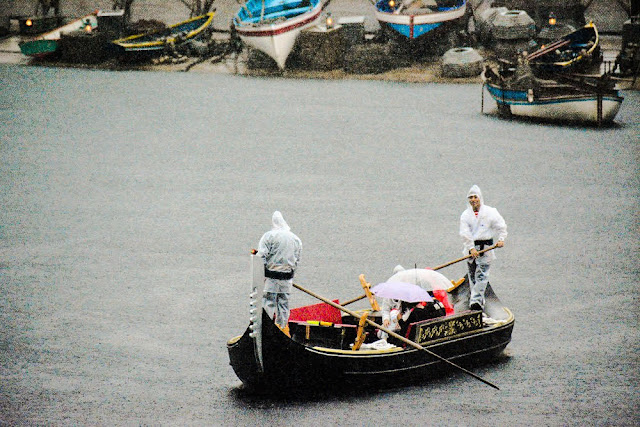 I will say something about the Japanese queues though; the country’s reputation for being decent, polite and considerate people is no more evident than when everyone is absolutely drenched and in line for a roller coaster. In every event they would like up calmly in neat, ordered rows. There was no pushing or shoving, no queue cutting, and no anger from anyone, despite the uncomfortable conditions. Were this Australia I might have expected rioting.

Anyway I lined up for 120 minutes for a particular ride and felt it was worth getting soaked over, but otherwise I stuck to rides that had shorter lines, and otherwise went exploring around the park. My very favourite ride in DisneySea is the Sindbad’s Storybook Voyage ride. In the same vein as It’s A Small World, for this ride you sit in a little boat as it moves from room to room, telling the story of Sindbad taking on a horde of pirates through song. It also stars Chandu, a tiger cub that is somehow Disney’s cutest character ever that has never actually been in anything (aside from this ride).

Another fun thing to do in DisneySea is go popcorn hunting. See, there are a lot of different flavours of popcorn hidden in little stalls all over the place, from caramel and white chocolate, to curry and black pepper. The first time I was at DisneySea, five or so years ago, I didn’t discover the black pepper popcorn until it was too late and I was on my way back home, so I only got to try a small box of it and was bitterly disappointed that I didn’t discover it sooner, for I would have bought a lot more of it. This time around I kept my eyes open and discovered it far more quickly. I ate a lot of black pepper popcorn. As an added dimension to the treasure hunt, each of these popcorn stands also have plastic buckets themed after various characters. Each stand has a different bucket (which you can then take to any other stand for a cheap refill), so finding a character bucket you like is also a high priority early in the day. 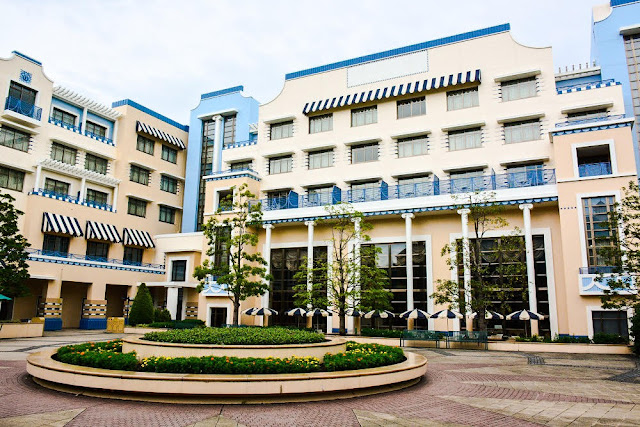 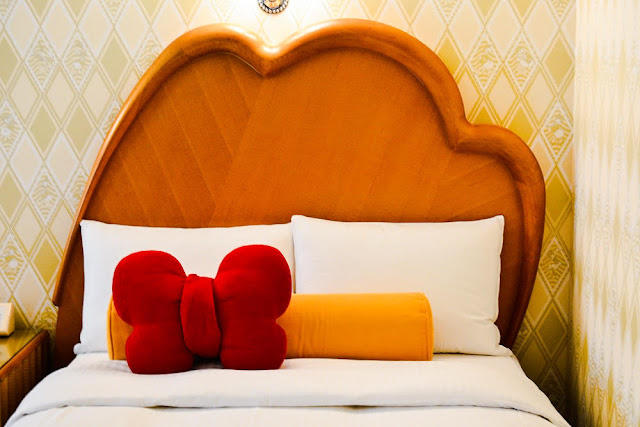 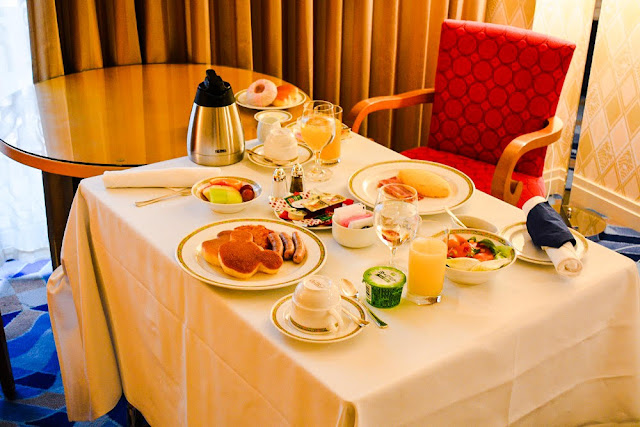 The food itself at DisneySea is serviceable, though not great (and quite overpriced given how cheaply you can generally eat in Japan), but this didn’t matter so much to me, because I had a killer breakfast. See, the night before I went to the theme park, I stayed in one of the Disney Resort hotels. Because there are two theme parks, many visitors like to stay overnight in one of the hotels so they can continue enjoying the Disney experience between days at each park. These hotels are incredibly expensive (about $500 per night for the base room), but because they are owned by Disney, everything in the rooms is themed according to one of Disney’s characters. There are genuinely no hotels like these anywhere in the world, and while I don’t think they’re rated by any stars agency, the actual quality of experience is easily five star.

So in the Donald Duck room, where I stayed, the bedsheets were coloured Donald’s colours (and the head was shaped like Donald’s foot), the mirror and the doors all had Donald patterns carved into them, and so on and so forth. It is even possible to order a special Donald themed breakfast via room service, and that comes with an exclusive gift towel only available to Disney hotel guests. My wife had that (as I didn’t care for a lot of the menu), while I had Mickey Mouse-shaped pancakes. As expensive as the hotel was, it was so comfortable and relaxing that it was well worth it and, as I said, meant that in terms of park food, popcorn was really enough.

A trip to Disneyland or DisneySea is of course one of the most popular tourist activities that people get up to when they come to Japan, and all these years after the first parks opened, they remain as relevant and entertaining as ever. You could argue that some of the magic that Disney once commanded has been lost as the company has grown and become about far more than simple, charming animations, but no matter how much it rains, the spirit and happy energy that fills the whole resort remains powerful and addictive. In short, I can’t see anyone not having fun while at Tokyo Disney Resort.