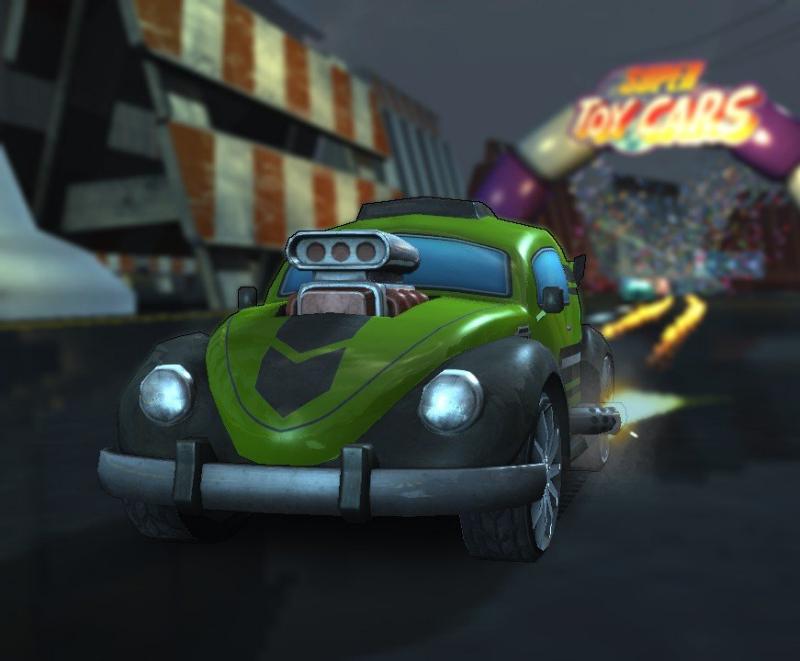 Growing up, the only thing that I was missing for my toy cars was one of those awesome mats that had cities, roads and parking lots printed on it. Instead of asking my parents for one like some of my friends had, I used my imagination. This had the extra benefit of meaning I could take them anywhere at any time.

Super Toy Cars takes this idea to heart as players get to race, paint and upgrade toy cars through a variety of tracks and settings ranging from bedrooms to kitchens and even outside in the front lawn during a thunderstorm.

Taking parts of pieces from other racing games over the years, Super Toy Cars may not be doing anything revolutionary, but it does a really good job with that inspiration. It reminds me more of Diddy Kong Racing than Mario Kart, with each race a combination of slugfest and race. There is a fairly wide variety of items that can be used by launching them forward or behind to hinder opponents, such as 8-balls, oil spills or landmines.

Variety comes in a few different flavours, such as the ability to purchase new cars with your winnings or even shuffling between numerous views on different tracks. A distant view might not look quite as nice, but it affords a more tactical advantage when considering the road and surrounding cars. There is a town-down mode that takes a bit of getting used to, but also proved to be quite useful since it offers a preview of the track coming up. 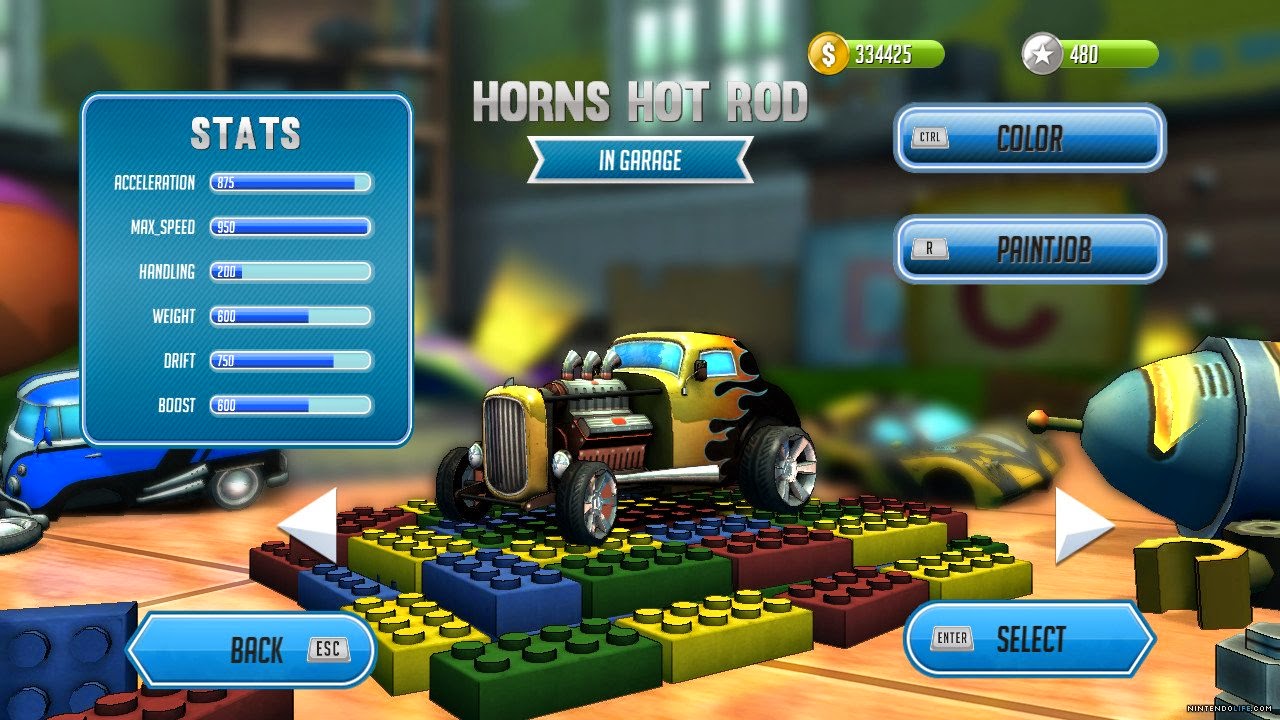 One aspect of Super Toy Cars that differs from other racing games is that instead of having cups or tournaments, each racing block is divided up by several different courses that frequently change things up. Level objectives can switch from winning a two or three lap race against eight other players, to a solo time trail, followed by elimination matches (where the last place car is removed each lap). I did like the change in objectives, though by that same token, I also missed the option to play through a tournament.

The bulk of this game is in the career mode, which is where you’ll be unlocking paint jobs and racing blocks occur. There is also a quick race mode that allows up to four players to participate on one track and also the ability to create tracks. These player-made tracks can be exceedingly simple or they can be made to be devilishly complex. No matter the approach taken, this helps to provide a good deal more replay value.

Perhaps the coolest part of Super Toy Cars is in unlocking the new vehicles from different eras of automotive history. These cars have an array of different stats for speed, handling, drifting and weight. Like most racing games, finding the perfect combination to suit one’s driving preferences can take some time. Additionally, cars can be upgraded, so if there are just one or two desired tweaks to make a car perfect for your style, that can be done as well.

Super Toy Cars is a fun game to play, providing a series of increasing racing challenges, the ability to play with friends and to create custom tracks. All of it is wrapped up in a nostalgic package that calls back to my childhood days, zipping around and letting my imagination do the majority of the work.