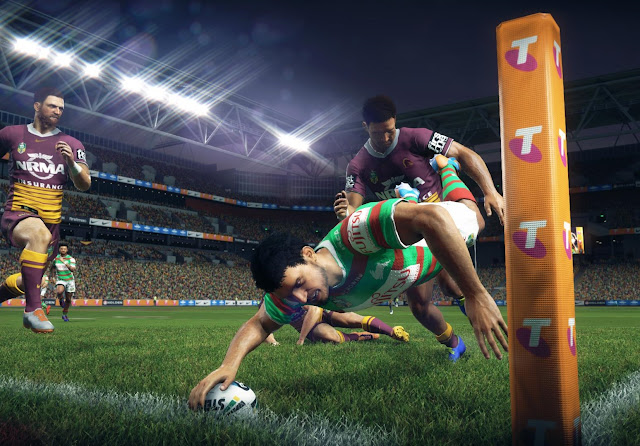 Rugby league is an odd sport. In Australia, its popularity is really only at its peak on the eastern coastline, with much of the rest of the country preferring AFL, which itself is a sport unique to Australia. And while Australia is a stronghold for the sport, it pales in global popularity when compared to the more famous rugby, rugby union (otherwise known as just “rugby”).

With that in mind, rugby league games are often cited as incredibly niche titles and developers that tackle the sport have to work with very limited budget as a result. Aussie developer, Big Ant, is no stranger to niche sports, having already done the sport of cricket proud with Don Bradman Cricket, and now it has done a good job capturing the essence of rugby league in its latest title, Rugby League Live 3.

Rugby League Live 3 was never going to be a visually compelling title given the budget it no doubt had to work with, and looks about what you would have expected to see on the previous generation of hardware. That said, there are some improvements over the engine in previous Rugby League Live titles, with the noticeable one being the lighting system that means that games that are played at dusk are simply gorgeous. That said, the visual engine might frustrate some purists, with players only looking vaguely like their real-life counterparts, and the crowd is animated rather weirdly too. 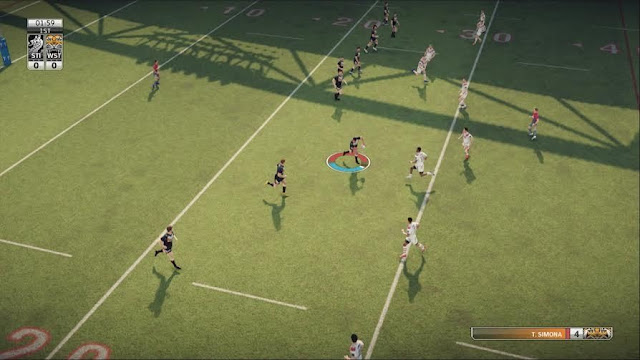 But those were mostly issues during replays. During the game itself things the visual presentation works well enough, and I was able to focus on the gameplay, to which I was instantly addicted. Many of the AI troubles of previous games seem to have thankfully been fixed, and the gameplay is a lot easier to control this time around. While I am a veteran of the series, making my transition to Rugby League Live 3 that much easier, beginners should also find this iteration a lot more inviting than any of the previous titles in the series, though in future editions of the game Big Ant might want to take a look at what EA’s doing to introduce new players to its sports titles, and borrow some ideas from there. Once you’ve come to grips with the controls it is much easier to play a passing, kicking, and running game than in previous attempts at rugby league, because players are far more responsive to your inputs.

Defense also plays pretty well, with players quickly sliding in defence depending on the ball position, which effectively mirrors player behaviour in the real sport. There are various tackle options such as big hits, diving tackles and dragging tackles, and choosing the right one at the right time is always a blessing (I particularly enjoy dragging South Sydney Rabbitohs players over the sideline, for instance). It’s not perfect though, and I found contesting a high ball is very unresponsive, so I have found it easier to allow the CPU AI to handle some of those important actions, which is disappointing.

There are more ways to play than in any previous rugby league game, which is nice to see. I especially appreciated that the Auckland Nines tournament was added in as a competition. It’s a nice touch, as there is a completely new set of rules and the tournament only started last year. With less players on each team, bonus points for scoring under the posts and the limited time to play makes for a more arcade-like take on the sport. It is a lot of fun and makes a nice diversion from playing a career in the NRL, Super League or the other various Cups up for grabs. With that career mode, you can still take a rookie up through the ranks of the Under 20’s Holden Cup and have them sign on to a first grade team (with the hope of playing for State and Country) which is a lot of fun. There are challenges available for that Rookie, as well as each team in regular play to add an additional challenge for veterans. 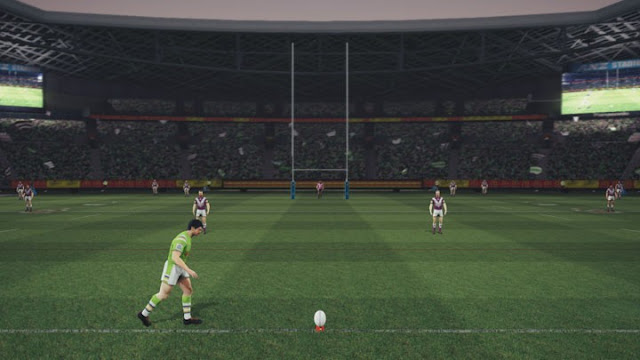 There are now over 100 teams to choose from all over the world. These go from the obvious top teams in the NRL and the English Super League, but also includes those teams from both Holden and NSW Cup (with my local team in Wyong making the cut!), the Kingstone Press League 1 in the UK, and lesser known international teams from the USA, Russia and Jamaica to name a few. With this many teams, there are over 3,000 players available, and it is also easy for the online community to create updated rosters for sharing. Within minutes of starting the game, for example, I had my Sydney Roosters team updated for the 2016 season and shared it online for anyone else to enjoy. It’s very easy and it’s great that Big Ant allows community sharing – something that also proved to be very popular with Don Bradman Cricket.

As a huge rugby league fan, Rugby League Live 3 is a fun, serviceable Rugby League simulator that any fan of the game would enjoy playing. This is no EA FIFA production for sure, because you’re not going to find sports that are much more niche on a global scale than rugby league, but it’s genuinely good to see that sports like this do get dedicated support from passionate developers.

This is not a drill: the new RollerCoaster Tycoon is coming!

Photo gallery: the cosplay of FACTS 2015