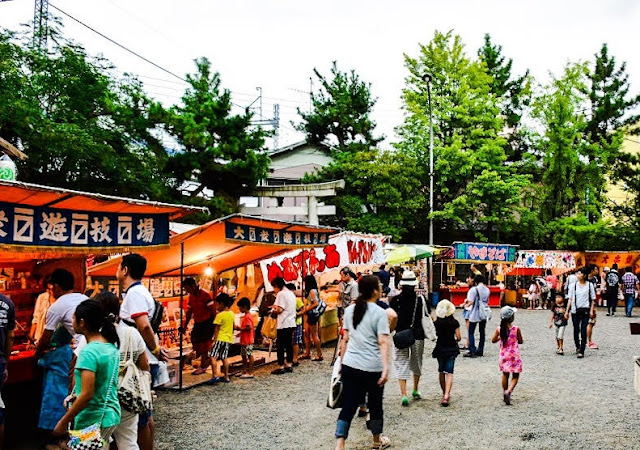 As an Australian, I like to think I’m fairly resilient to the heat. After all, in Australian summers, the temperature lifts to over 40 degree Celsius regularly enough, and sits in the high thirties for most of it. It’s not exactly the Middle East, but it’s warm enough.

But Japan saps all the energy out of me at times. It’s not that the country is especially hot in terms of raw temperature – most of the time in summer it sits around the mid 30s, but what makes Japan so incredibly brutal on my poor constitution is the humidity. In Australia the heat, when it comes on, is dry heat. At least, it is in Sydney. It’s a little different in Brisbane and the tropical north, but I don’t live there. In Japan, it’s almost tropical through summer, and that means I sweat. A lot. Just for having the audacity to breathe.

This might be why the Japanese drink a lot of beer. Or, that’s my excuse anyway for joining in that habit anyway. 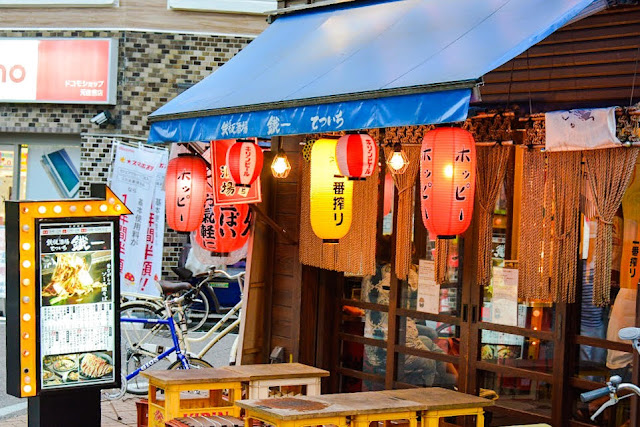 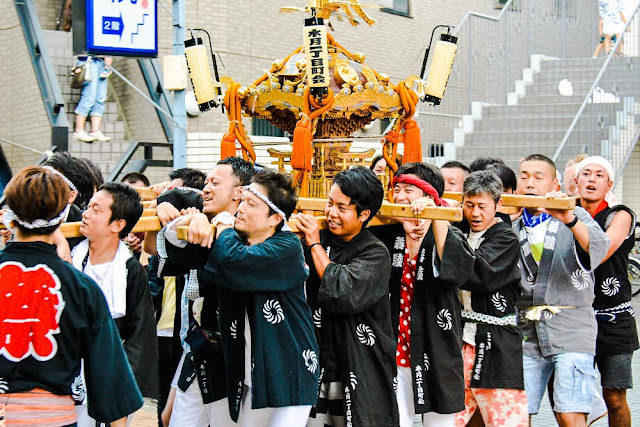 That being said, summer is a beautiful time for being in Japan. Most tourists come for either the cherry blossom season (spring) or the snow (winter), but summer has its own charms, and not least of these is the summer festival.

Towards the end of summer, most villages, towns and the residential areas of the cities, have a couple of evenings where a festival sets up around a shrine. The Japanese use it as an opportunity to dress up in yukatas and hang out with family and friends, eating all kinds of traditional junk food from street vendors, and playing the odd side attraction. Then, in a couple of major areas (for the Tokyo region, one example is along the rivers), people from all over congregate en masse in the evening for a spectacular fireworks display that lasts for over an hour.

The timing of the summer festival also happens to coincide with the end of the school holidays for the kids, and it’s quite charming to watch the little youthful traditions that have sprung up around the event as a result of that coincidence. For young couples, perhaps just starting a romance, or looking to start a romance, it’s a convenient excuse to go on a date somewhere together, while for boys and girls that are hoping to catch the eye of someone special, there’s also a tradition where groups of teens will come together (always, it seemed, in evenly matched numbers) to enjoy one another’s company. Because of the colour, the smell of food from street vendors, the evening setting, and the later fireworks, it is a highly romantic setting, to it’s easy to imagine that at least some of the groups have couples that form by the end of the night. 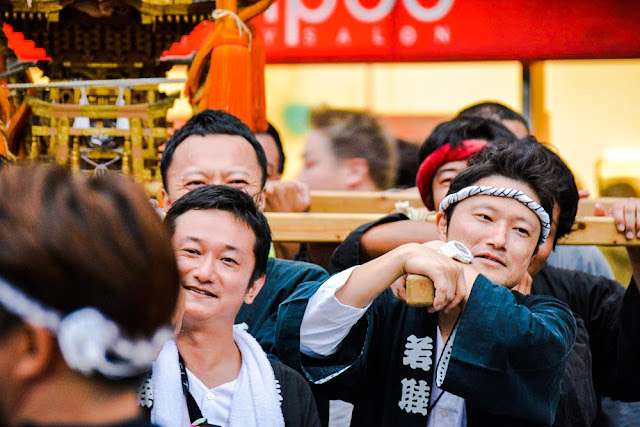 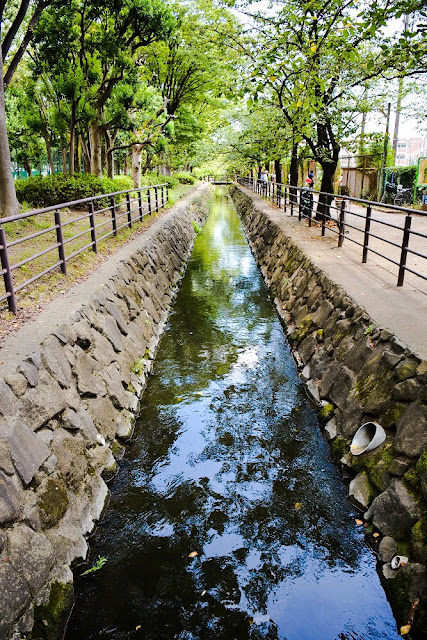 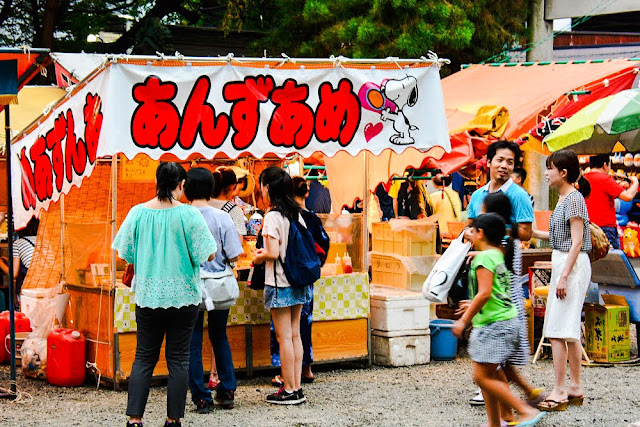 But it’s also a popular family evening out, with kids running all over the place, also dressed in their best. As one of the major festivals in the Japanese calendar, the summer festivals, large and small, were all hugely entertaining, while also being tinged with a nostalgia for a more traditional Japan. In the lead up to the evening’s festivities, for example, groups of people carry portable shrines around their local area, to bring spirits and good fortune to the whole area. Watching these marching through the streets was an event in itself.

If you’ve played or watched the anime of Persona 4, then this all might sound familiar, and it should. That festival scene from Persona 4 is a perfect representation of the kind of aesthetics and atmosphere that you see at summer festivals. And that fits in with Persona 4’s strong theme of nostalgia for Japanese tradition that runs through it.

Summer is generally a nostalgic time for the Japanese. There’s something about the noise of the cicadas in the trees and grass, the brightness of the sun, and the raw heat, that seems to remind the Japanese of their youth, and the earlier eras of the country itself. Other games that make nostalgia a key theme, such as Attack of the Friday Monsters, also turned the summer atmosphere into a character in itself, and it’s easy to understand why this is, because the heat and humidity is so sapping that people move around just that little bit slower, and the whole country just seems that little bit more laid back and relaxed over the three months of summer. 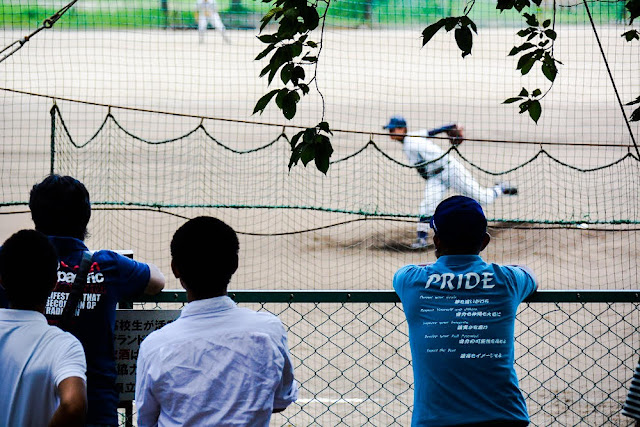 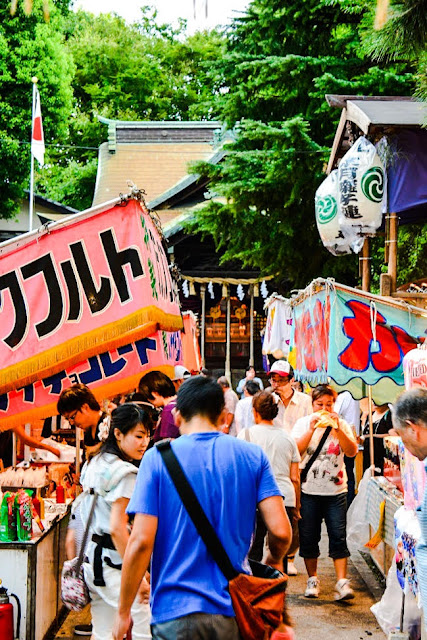 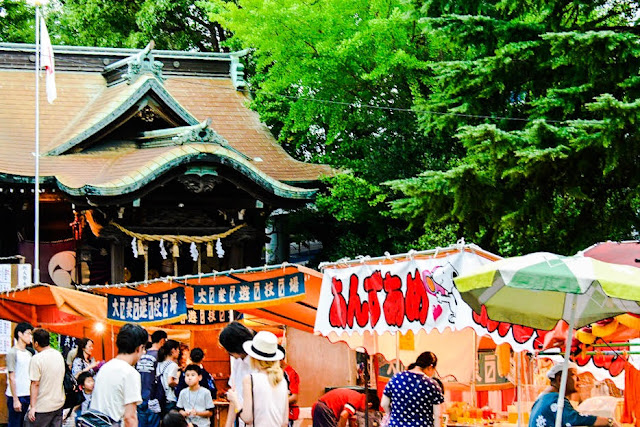 And for a country where the people are as hard working and energetic as Japan, just the perception of relaxation is a truly refreshing experience.