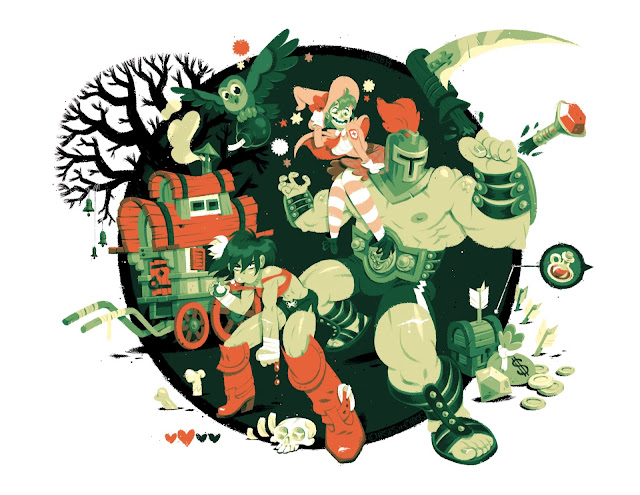 Tribute Games is one of those developers that can reinvent the mundane on a whim. One of its earliest efforts, Wizorb, appeared to be another clone of the classic Breakout arcade game, but injected peculiar JRPG elements to craft arguably the most inspired spin on the formula out there. Tribute’s latest, Curses & Chaos, nearly casts that aforementioned magic on the 2D brawler genre but winds up closer to an (admittedly exquisite) timewaster than the next benchmark title.

The game’s shortcomings certainly aren’t born from a lack of drive or talent. The second you boot up the game, an opening cutscene with the studio’s illustrious sprite work establishes itself as acres beyond the typical procedurally generated retro-homage game. In conjunction with charming gothic imagery that takes a page out of Castlevania’s book, these stunning high-res, fluidly animated characters provide the game its soul. At the same time, players are serenaded by 8-bit beats so groovy they ought to be classified as a safety hazard (seriously, I was jamming and bobbing my head like a buffoon before the first level). Curses & Chaos oozes a charisma few indie developers can replicate, let alone surpass.

There was even a concerted effort to pen a back-story with genuine utility behind it. Lea and Leo, a spunky warrior duo, are afflicted by a curse that endlessly attracts hordes of monsters to their vicinity. In order to rid themselves of this ailment, they’ve enlisted the assistance of a woman who can concoct the cure by gathering ingredients from them. This minimalism suits the retro tribute theme whilst tying into to the gameplay mechanics, and is something that other indie developers ought to take note of. 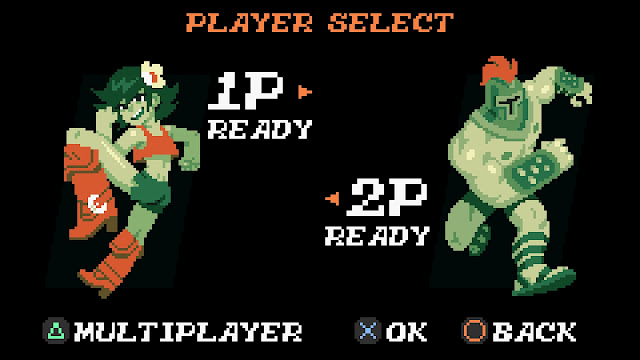 As legions of beasts show up from every angle, players manoeuvre Lea and Leo around the screen with the immediate goal being to defeat every single one. Battles are divided into tower defense-like “waves” in which players are tasked with defeating all opponents as tougher ones take their place until this culminates with a grandiose boss fight. Should you fail to stay all monsters within sixty seconds, though, Death himself will show up to and impede you by delivering a one-hit KO. Naturally, you’ll want to learn all enemy attack patterns so you can kill them hastily and prevent him from ever appearing.
All of the chaos takes place on one solitary screen, but this area can become so crowded it approaches bullet-hell shooter levels of insanity in later outings. The x-factor that makes the endless brawling gameplay so gratifying is the strategic elements that are slowly introduced. Lea and Leo only have four attacks, but each one has unique properties with pros and cons; a button masher this is not. At least 50 per cent of the blows you exchange require foresight to keep yourself; the player has to decide in the heat of battle whether to weave out of that vulnerable position or hammer away to prevent enemies from swarming you in the first place. I’d also like to point out that you can shake your hindquarters or twirling your manly parts at will, which is a valid strategy to goad enemies and rack up bonus points.
Besides the considerable acrobatics of the base combat, items dropped by vanquished fiends offer even greater variety. Their effects, which include firing projectiles, the ability to shrug off damage, and a boost to your score, add an extra layer of real-time strategic thinking. Although they disappear after a couple of seconds, there’s a subtle art to juggling them by repeatedly swapping out the equipped item with one on the ground or hoarding it for later. Outside of battle, players can craft items JRPG-style and buy materials to be better equipped from the outset of a fight or unlock new weaponry. This is a straightforward brawler at heart, but its demand for quick-thinking often belies that. 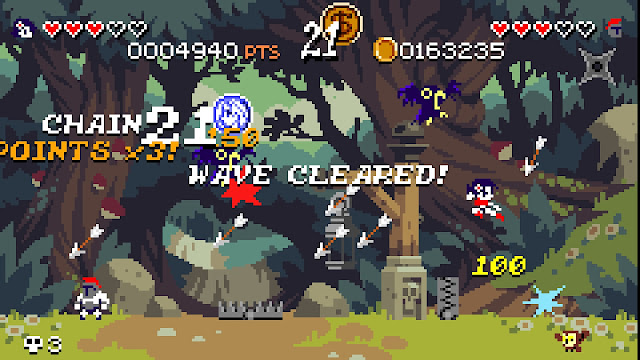 Truth be told, there’s nothing offensive about the core concepts in Curses & Chaos, but the manner by which it juggles them all left me yearning. The game borrows an arcade formula that functions best in very brief, controlled bursts but, regrettably, there’s a very quick burnout period because each level feels bloated like wrestling a gauntlet match.
See, stages take place on a lone static screen and thus the most tangible variety between each map lies in its enemy selection (which is hardly aided by several foes being re-skinned as brawnier ones with the same fundamental attack patterns later on). Due to the spawning patterns of these adversaries, the rate of progress can feel glacial and I found myself more vacant than stimulated by the end. The demanding difficulty is 100 per cent warranted and welcome, particularly in the context of a retro-style game, but the strictly enforced lengthiness of each stage is just not conducive to getting players hooked. Were levels a fraction of the length, they could afford to be even deadlier than they are in their current state because they’d have the replayability to better augment the arcade style.
Even putting that aside, it’s hard to shake the feeling that Tribute Games could have produced a full-on side-scrolling adventure with the 90 per cent of the same material and it would have propelled an already stellar experience to the next level. The player could still be swarmed with monsters but the format would keep prevent fatigue thanks to its broader scope. If nothing else, just the illusion of progression would evoke a much-needed tactile satisfaction. 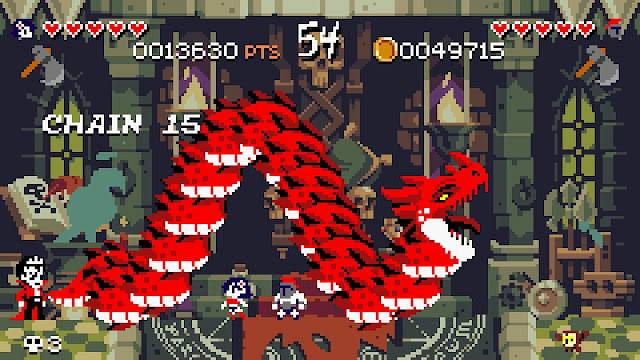 All up, Curses & Chaos boasts tighter mechanics and an overall more polished presentation than contemporary retro-themed indie games. Although I wish it did a better job of being captivating for more than a stage or two at a time, those exhausted with 2D brawlers ought to give it a go because of its unorthodox gameplay quirks and pulsating atmosphere.