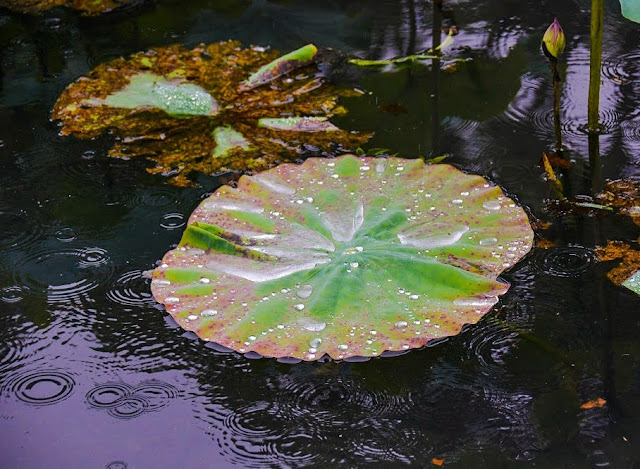 As the second part of my little day trip out of Tokyo, I headed into Odawara city. There was a very simple reason for this: I badly – badly! – wanted to see Odawara castle.

Related reading: The first part of the day’s history tour.

Anyone who has played one of the Samurai Warriors games should be familiar with name “Odawara” – it was the base of the Hojo clan through the Sengoku period right up to the point that Hideyoshi Toyotomi attacks and captures it. As the Hojo are my favourite clan from Samurai Warriors, I naturally wanted to see their real castle for myself.

Sadly, the castle itself was actually undergoing repairs, and so people were not allowed to enter the main building. Then again, it was just a replica, as the original building was demolished following the defeat and surrender of the Hojo. But people were free to walk around the rest of the grounds and get a sense of scale for the place. The raw size of it made it quite clear just why Toyotomi opted to besiege this castle and wait for starvation to win the “battle” for him – it is a massive grounds, with multiple moats and river areas, and the defending archers would have had a field day taking down an enemy if it attacked in full and slowly made their way to the main keep. 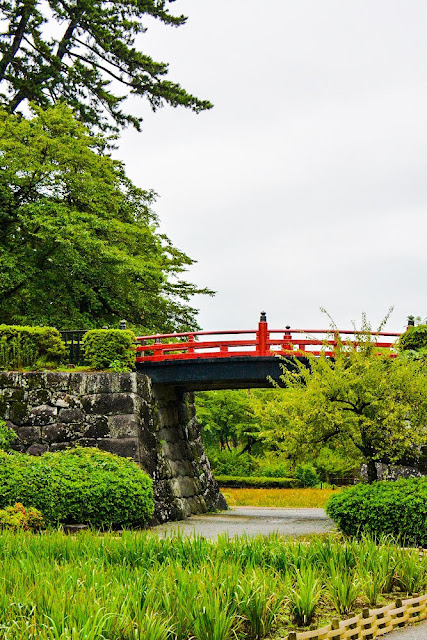 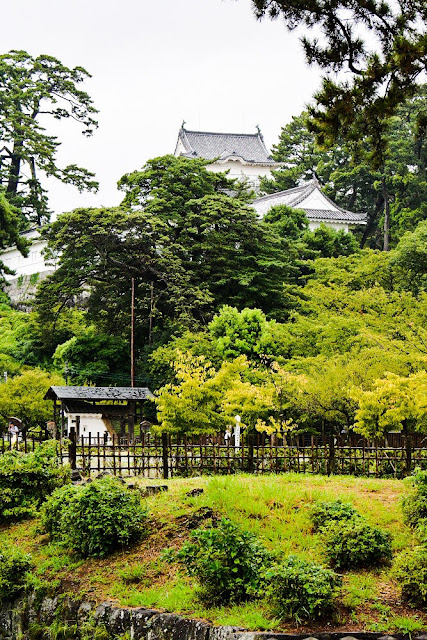 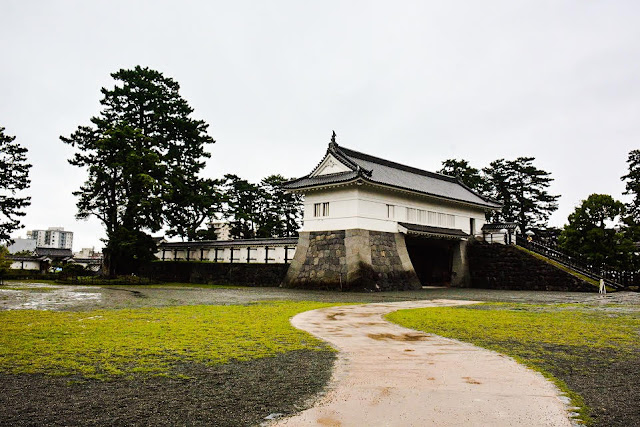 Japanese castles are very different to western castles. Where a western castle tended to be a smaller, tighter enclosure, Japanese castles were designed to hold large numbers of people, with the central keep being a relatively small part of the overall base. It’s also notable that people didn’t actually live in those central keeps for any period of time – they held a purely military value, with the daimyo, or lord, controlling the defence from the top floor. But in times of peace it was vacated, and acted as a place to stockpile weapons and armour in the event of a military emergency.

Despite not being able to go into the keep itself, there was still plenty to see and like about Odawara castle. There were numerous other buildings that showed visitors several other command and control points. One of these buildings had been turned to a small exhibition, sponsored by Koei Tecmo itself, which provided information on the flow of the Siege of Odawara, as well as earlier attacks on the Hojo from the clan’s other rivals, the Takeda and the Uesugi. There was also plenty of promo images from Samurai Warriors and footage of the most recent game in action, of course, and as always it was fun to look at the actual history and the game’s interpretation of it, so see just how authentic Koei is to the real history.

The Hojo clan were famous for having one of the most famous women warriors from the period. At a time where women were only used in the military to repair weapons or manufacture bullets, Kaihime, or Lady Kai, actually lead an attack on behalf of the Hojo. When she was captured and imprisoned, after the Hojo fell, Kaihime then managed to suppress a rebellion to protect some of her people, which caught the attention of Hideyoshi Toyotomi, who made her a concubine and her father became one of his wealthy, trusted generals. 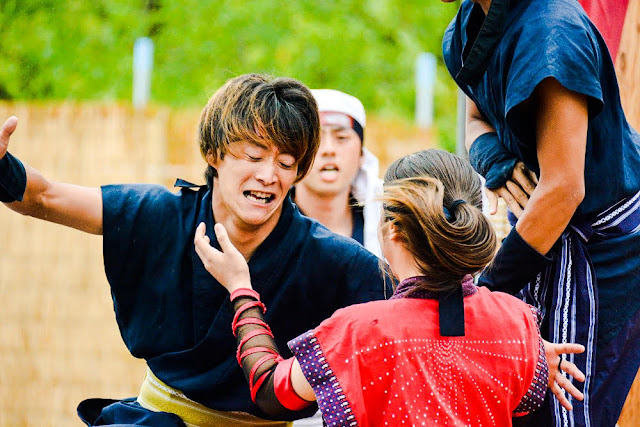 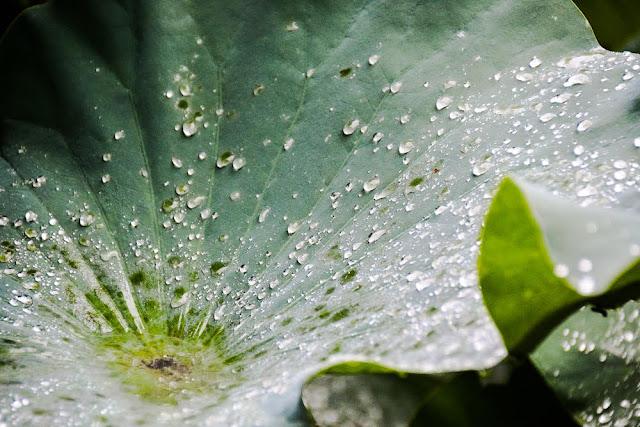 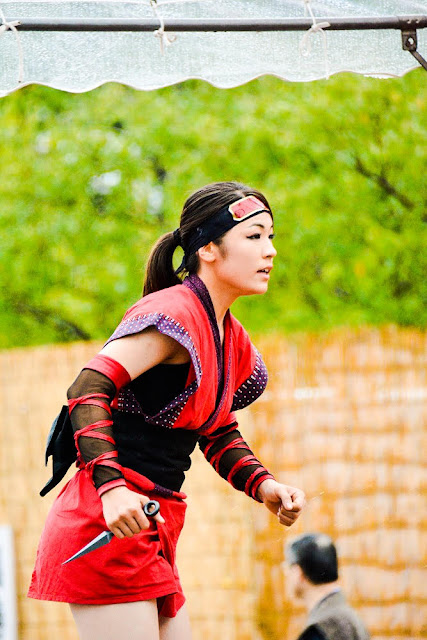 How much of the accounts of Kaihime are actually true is a matter of debate between historians, but her character nonetheless caught my attention and made the Hojo forces one of the more interesting from Samurai Warriors. Almost as interesting was the relationship that the Hojo had with the Fuma ninja clan; a group with a sinister reputation indeed, as you can see reflected in the demonic visage of Kotaro Fuma in those games. This relationship seems to continue to capture the imagination of the modern Japanese, because while I was at the castle grounds, there was also a ninja festival going on. Rainy as it was, it was sadly limited in attendance and what was going on there, but it was fun nonetheless. A little theatre group was doing a terrible comedy action routine about ninjas, and there were a number of little skill games that required people to use traditional ninja weapons to hit targets.

In short: I’m good with the longbow, decent with the short bow, but absolutely terrible with both blowgun and shuriken.

The castle was also a really good opportunity to take photos of some of Japan’s water plants and bridge designs, because there really were a lot of moats around this castle. I love the red bridges that is so symbolic of classical Japan. I especially liked the one that lead from Odawara city into the castle area. With the big buildings acting as a background it offered that classic contrast between tradition and modernity that is so representative of Japanese life. 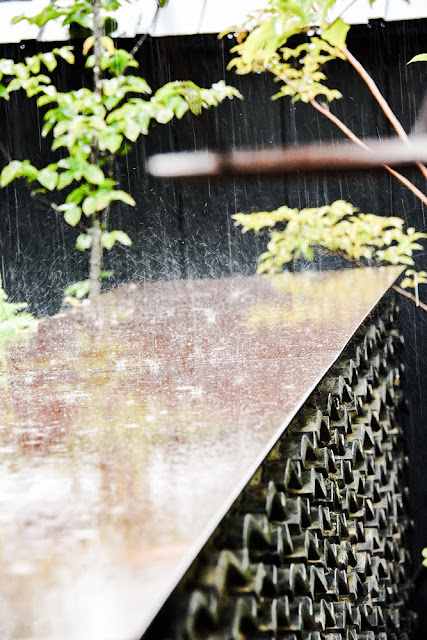 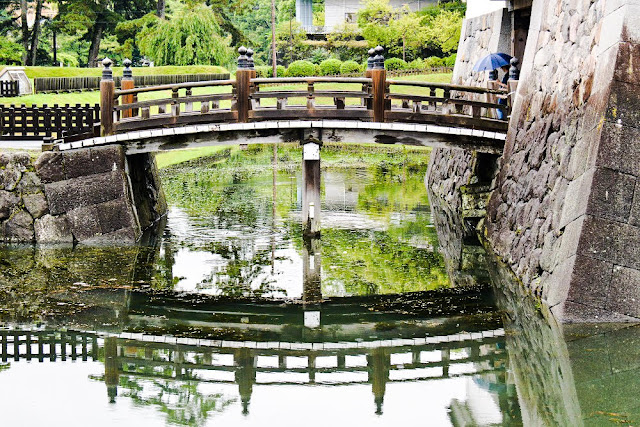 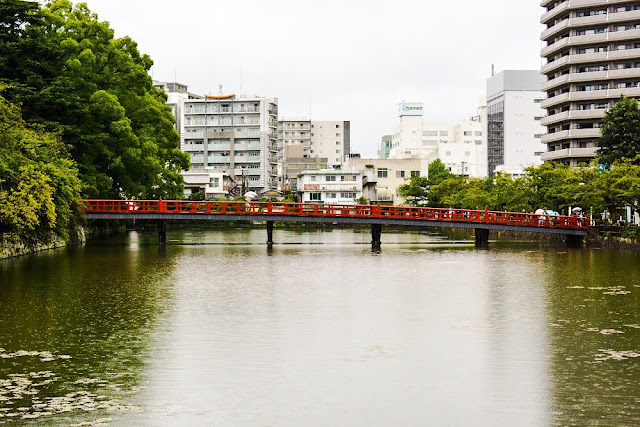 Odawara city is itself a fairly small one, so there’s less for tourists to do here than, say, Kyoto or Tokyo, but for the history buff, this castle is absolutely worth a stop over, recreation or no.

Review: Beyond Eyes (Microsoft Xbox One)