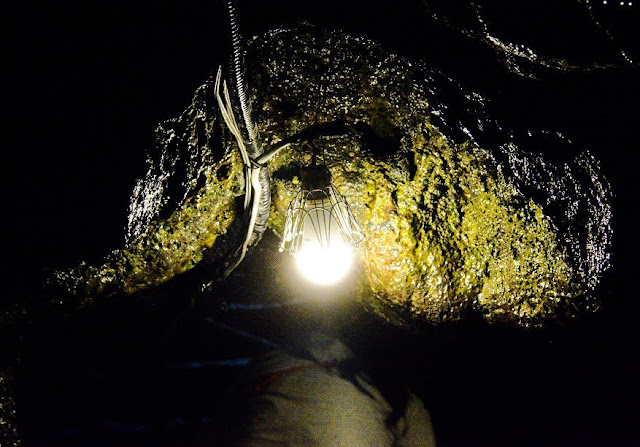 After indulging the very high-tech Miku obsessive in me for a couple of days by attending both her expo and concert, I felt a compelling need to get away from all that and back to nature. And when you’re based in Tokyo that means a couple of hours drive to Mt Fuji.

Fuji-san, as the locals know the stunningly beautiful mountain, is of course known for being both the inspiration for many of Japan’s most famous artists and art works, and for being an dormant volcano that is long overdue for an eruption. The day that happens will be a sad day indeed, because it will likely destroy the breathtaking and historic landscape and scenery around it.

First, the forests. Due to past eruptions, a lot of the ground around Mt. Fuji is actually hardened magma, which in turn makes it pretty inhospitable for growing stuff. Walking around, you can actually feel hard hard the ground is, with only the thinnest of top soil providing the nutrients to sustain plant life. But what is fascinating about this is that the plants have figured a way around that particular problem, and the roots of the trees tend to grow across the top of the soil. Then, because it is so damp within the forest (it’s beyond humid, and you can actually feel the moisture dampening you as you push through the air), moss and fungi grow on everything. The result is a truly striking landscape that looks vaguely like something that you’d expect to see in a science fiction film or similar. 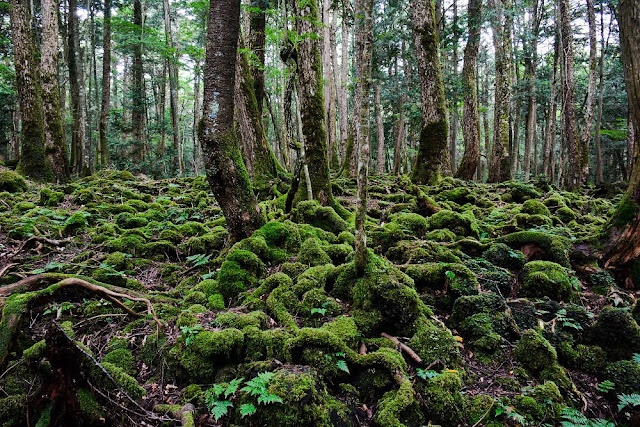 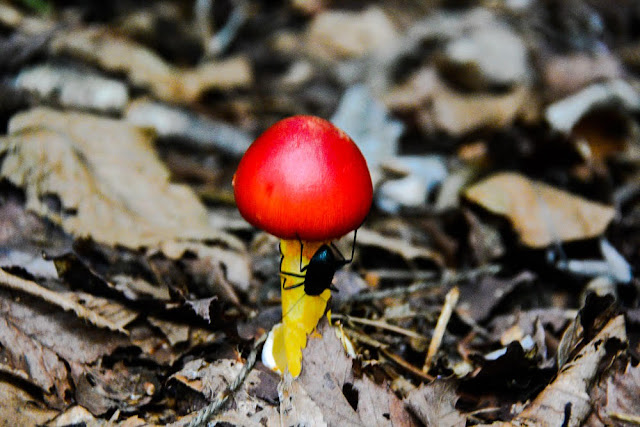 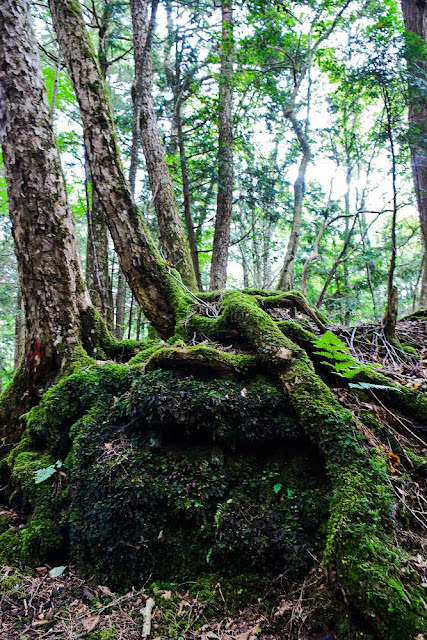 This isn’t the only impact Mt. Fuji has had of its surrounding landscape, of course. The sheer pressure that is exerted on the landscape as hot air is pushed through rock during an eruption has also meant that all around the mountain are caves that were created centuries ago, when the mountain last exploded. Going into these caves and having a look around is now a popular attraction for the Japanese (and more than a few gaijin that I spotted during the day).

The polar opposite of how hot they must have been during an eruption, these caves are now utterly freezing. In the height of the late summer/ early autumn heat they sit just a couple of degrees above zero. In winter temperatures utterly plummet. I would have liked to be there in that winter cold, however, because by all accounts the caves are at their most beautiful then.

In each of the two caves that I walked through, there were areas where sizable amounts of ice accumulate during winter, only to melt as the temperature inside the cave becomes relatively warm. It’s still beautiful when you visit at any time of year, but it’s at its most incredible when the ice forms great pillars from the ground to the ceiling, or so I’m told. 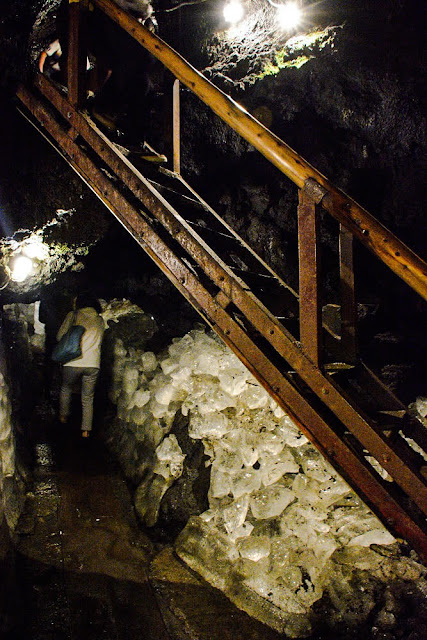 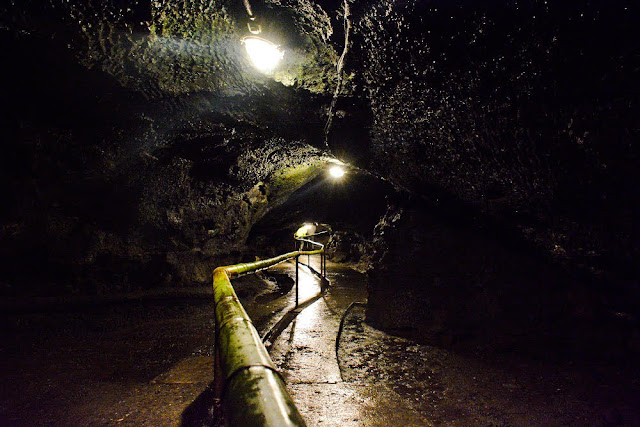 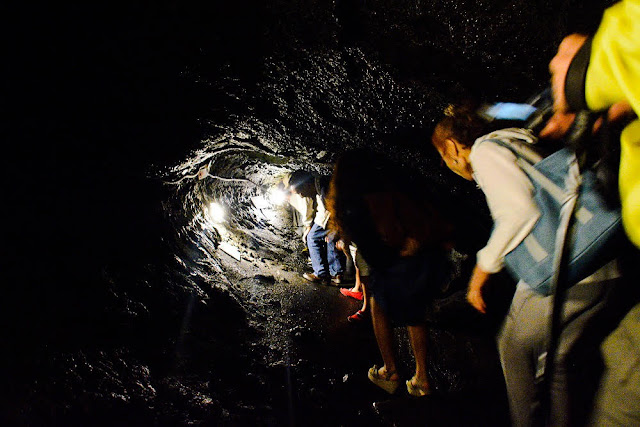 There is an interesting bit of history to the caves, too. Before the Japanese developed modern luxuries such as electricity, one of the caves was used as something of a refrigerator to store and preserve food. There are remains of those storage facilities in the cave, too, and this was something I hadn’t really thought about beforehand, so I found it utterly fascinating stuff.

The other cave was even more interesting, however. In this second cave, there was so much high-quality ice (and it was one of the few areas where water would form into ice and stay in that form for long periods of time) that the local lords would “mine” it as a luxury, as they had no way to actually make ice. Of course, the lords wouldn’t go down and get their own ice. Oh no. That was the job of the servants. Who, of course, didn’t get to enjoy the ice. Scrambling around in the tiny passageways, wet rock, and sharp falls for anyone who did slip, you get a really good sense of just how hard these servants would have worked, just so their masters could have some relief from the summer heat.

What I found really interesting in this cave was a tiny shrine that was kept in the very corner of one of the giant ice slabs. The traditional Japanese religion – Shinto – believes that the Gods are everywhere and in every thing, so it makes sense to have a small shrine somewhere as dangerous as a cave does make a lot of sense, it’s just not something you would necessarily expect to be there. 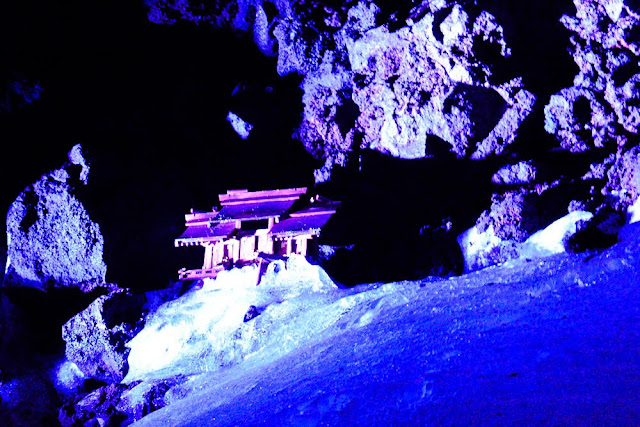 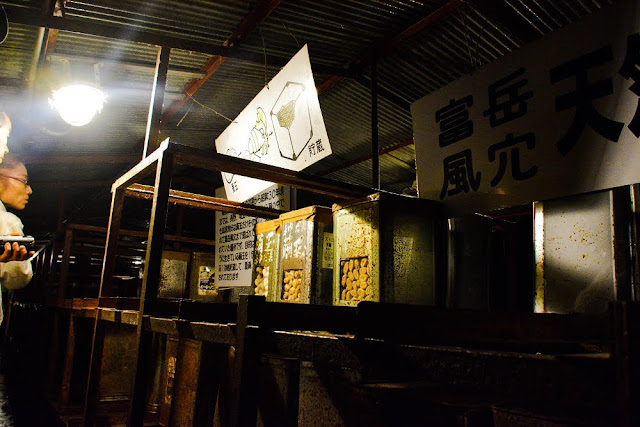 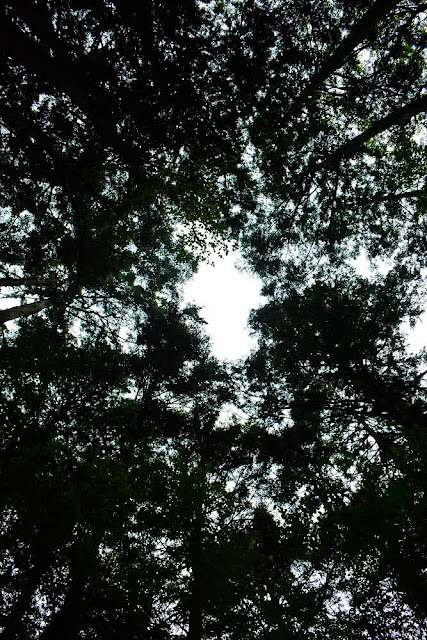 It should go without saying that the caving part of things require a certain level of mobility and a certain comfort for dark, enclosed spaces. It’s not the most difficult physical work you will do, but it can be dangerous if you suffer a slip and fall.

The sights are worth it though. Mt. Fuji is generally a beautiful place to wander around, and it is only a short trip from the center of Tokyo (there are also express bus and train services that will get you there if you don’t have a car). If you don’t want to underground you can enjoy the forest or the five lakes, which are great for everything from water sports to fishing. But for my mind the caves, their connection to Mt. Fuji itself, and the history behind them made this a real highlight of the trip.