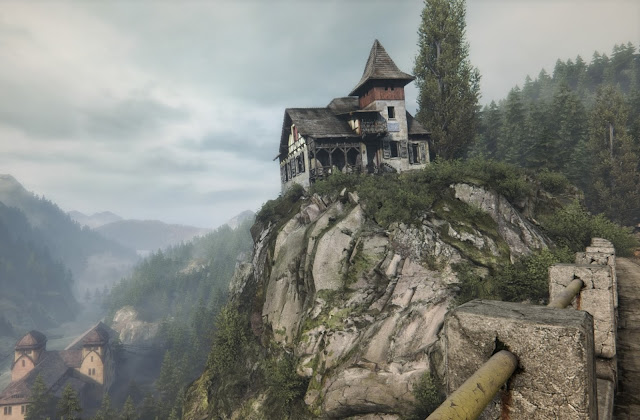 H.P Lovecraft has proven to be without a shadow of a doubt the most difficult master of the horror genre to appropriate in either games or film. And this is because Lovecraft’s brand of horror relies on what his characters don’t see, rather than what they do.

Lovecraft is of course best known for the great and mighty Cthulhu, which has become to popular culture equal puts monster of Godlike horror, “why vote for the lesser evil” joke at every political election, and inspiration for some of the more… infamous Japanese adult entertainment anime, manga and films.
But relative few people have actually read Lovecraft, much less The Call of Cthulhu, the one and only short story where the monster from the depths makes his appearance. It’s a short story well worth reading because it, like so many of Lovecraft’s works, rely almost entirely on the imagination to create fear in the audience. More than once, for example, Lovecraft’s characters learn about these horrors by reading the accounts of other characters, filtering the information to us as readers as an account of an account. We only get a sense of just how horrific Lovecraft’s creatures are because those that encounter them are either driven insane or disappear. But we rarely get anything more than a fleeting description of the actual beings that these monsters are. 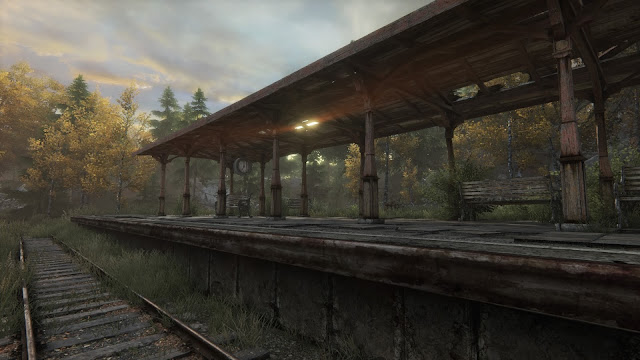 It’s a remarkably dry, almost academic way of presenting a horror story, but the way Lovecraft engages the imagination when he’s at his best provides mental images that an explicit describing of monsters could never achieve. The problem is that this approach to storytelling is tough to turn into a film or game. After all, in such visual, active mediums, audiences are not going to want to spend a couple of hours watching a character read the journal of another character and then being driven insane by the experience.

So instead games that are inspired by Lovecraft tend to become more story-driven, but otherwise standard horror games (and the less said about the few film directors that give Lovecraft a go the better). There are some good ones, of course, with Call of Cthulhu: Dark Corners of the Earth being utterly brilliant, and Eternal Darkness backing it up as a clever game that was loosely inspired by the great man, but these games are still too explicit in their visualisation, and too focused on action, to be “true” Lovecraftian experiences.

But then independent game developers realised that it was okay to make what some deride as ‘walking simulators.’ These walking simulators have developed enough of a community of players who are able to appreciate a strong narrative and atmosphere to be commercially viable, and that brings us to The Vanishing of Ethan Carter. A walking simulator, it lacks action or an overt sense of horror or danger. In turn, it also happens to be the best example of a true Lovecraftian story that we’ve seen to date. 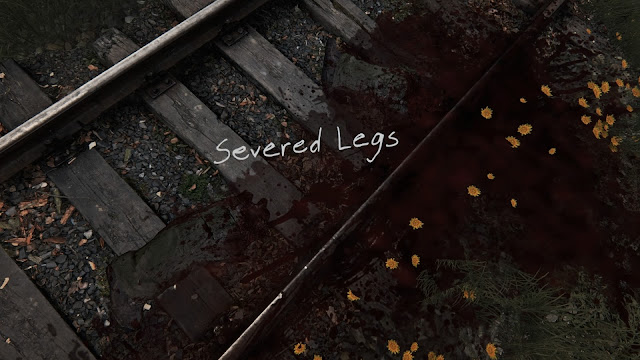 Players take control of a detective (Paul Prospero) that finds himself drawn to a remote corner of the world to chase after a young boy called Ethan Carter, who has begged for his help via a letter. The name ‘Ethan Carter’, as an aside, is a clear reference to one of Lovecraft’s most famous characters, Randolph Carter, a recurring character in Lovecraft’s fiction that is often thought to be an alter ego of the man himself. The symbolism of that name serves no further meaningful purpose within the narrative, but does help to set the scene and atmosphere for what is a mightily creepy, albeit subtle tale.

After a brief and altogether vague introduction, you’ll be following the steps of Ethan Carter, investigating key locations of interest, and solving puzzles in order to unravel the true reality of what happened to the boy and those around him. While there is no real threat to Prospero through the game, a mounting sense of palpable dread starts building on the player almost immediately after they start exploring, and every new revelation will remind you that were you sucked into a game world you might well prefer the physical horrors of a world like Dark Souls to a cursed place like this one.

What is most fascinating is that the narrative itself is not always linear in motion. With each puzzle solved Prospero gets a flash of what happened in that area, but you’ll experience these flashes out of the order in which they were meant to occur. I say “meant” for a good reason, but I don’t want to spoil that for you. The piecemeal delivery of narrative keeps the mystery strong from the game’s start through to its conclusion, and it is in this context that it’s just as well that the game itself is relatively short and can be clocked in a few hours. Any longer, and information overload might have ruined the impact of the story that it’s telling. Instead Ethan Carter remains razor focused and intense from its start through to its conclusion, and represents one of the better proofs that games can benefit from being kept short. 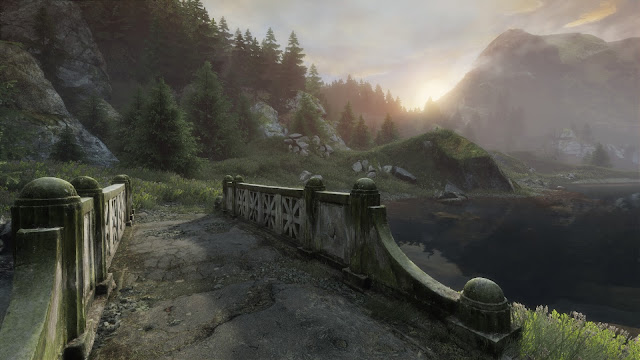 It’s also another of a growing library of games that play around with the concept of an unreliable narrator. Again, I can’t actually go into this in any further depth, because the moment that the game reveals this to be the case also happens to be its big twist, and I don’t want to spoil it for people who haven’t played it. What I can do, however, is suggest that you plan on playing this game through at least twice, because on a second play through, the entire perception that you will have of the world and its events change, because it’s difficult to then trust that the perceptions of the “narrator” (the player, playing in the first person perspective), are realistic.

And I apologise that I can’t go into the narrative on a deeper level than this, because if there is any game that I’ve played in recent weeks that I really want to pull apart, it’s this one. While Ethan Carter’s narrative is minimalist by design, every moment of it is carefully and expertly designed to further the storytelling. These ‘walking simulators’ don’t typically have much by way of traditional gameplay, so a player’s involvement in them rests entirely on the storytelling, and this one certainly succeeds on that level.

You only need to look at the screenshots to realise just how beautiful Ethan Carter is. The sedate movement pace of Prospero encourages players to take their time and drink in the sights, and there’s a nice contrast going on between the beauty and serenity of the environment and the horrors that occur within it. There is the faintest sense of menace in the calmness of the environment, and the overwhelming lack of life in this particular world seems to be designed to target any latent feelings of eremophobia (fear of loneliness) that a player might have in order to provide the foundation of the game’s more explicit horror narrative. It’s subtle, but that’s the point; above all, The Vanishing of Ethan Carter is an elegant, subtle game. 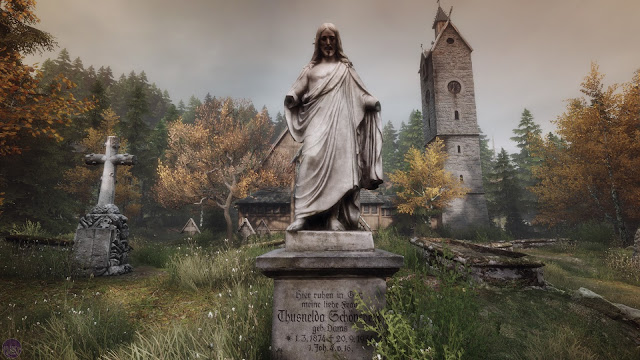 I can’t stand some of the puzzles though. I can appreciate that the developer felt the need to throw something that resembles ‘gameplay’ into the mix to ensure that it didn’t get laboured with the same reputation of a title like Gone Home, but some of the puzzles in here are far too arbitrary. Again without giving the game’s revelations away, I’ll simply use the first two puzzles to highlight what I mean. The first puzzle requires Prospero to piece together the order of events that led to a tragic (and gory) death. This puzzle was the perfect tone to set things off with, because it suits and enhances Prospero’s character as a detective. The very next puzzle requires Prospero to enter an alternate dimension environment, and use some kind of eldrich magic on doors to “flip” the contents of the room beyond around, like a inside-out Rubik’s cube, until the right rooms all matched the right doors.

The latter puzzle was explained in the most clunky and unconvincing manner possible: a tiny note that I read prior to taking the puzzle on. On the second play through under the understanding that I was dealing with an unreliable narrator, it made somewhat more sense, but for a game to have such a tightly controlled narrative and then lose so much of that goodwill with puzzles that look like they were stuck in as though this was Myst was disappointing. Not all puzzles let the game down, but it’s hard to shake the feeling that because these ‘walking simulators’ are such a new concept, developers working on them are still struggling with the assumed need to provide “gameplay” to justify their existence as games.

But that’s another debate for another day. The Vanishing of Ethan Carter is one of the most beautiful games ever developed, and backs its aesthetics up with some of the finest Lovecraftian narratives that we’ve seen in interactive form. It’s a compelling argument for games as art, in other words, and not just because it makes for some awesome digital postcards.

The cosplay of SMASH! Gallery #3