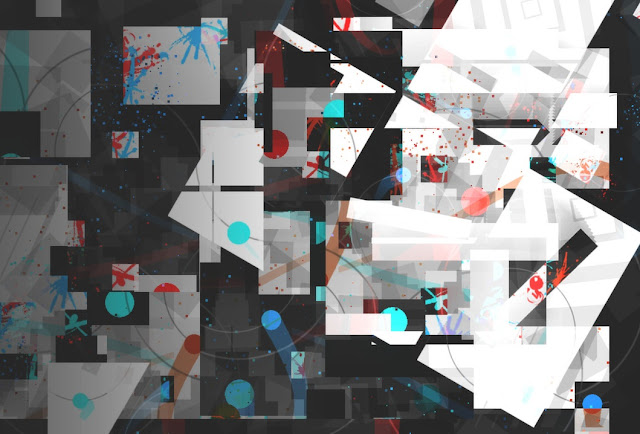 When I was a little less than a hour into the game, I had thought of a perfect opening to the review. It encapsulated the experience in short, pretty sentences. Due to the addictive nature of the game, I held off my review and continued playing. When I had clocked two hours, I thought of another great way to open my review; only to later revise it when I had spent nearly three hours into it. Now that I’m pushing four hours (at the time of writing this review) into a game that had already finished in the first sixty minutes, there’s only one best way to summarise the experience that is Duet: it is akin to hearing a sonata being created; watching a sunrise or sunset; witnessing for the first time the Aurora Borealis. In short, Duet is magic, and it is every bit as beautiful as the one perfect summer day spent with your bestest friend in the whole world – for even the memory of this game is true and encouraging.

The beauty of Duet lies in the way it segues throughout the game, as if offended by the mere thought of interrupting the stream-of-consciousness mood that so delicately permeates the game. Even as you make a blunder, instead of receiving a ‘game over’ screen, the game never breaks the rhythmic step and instateneously restarts the level akin to rewinding a video… or time itself. Think Braid and you’re on the right track. But where Braid and other similarly themed indie games which also employ instant respawn time, like N+ and Super Meat Boy, there’s always this element of danger (usually in the form of a recurring enemy or environmental hazard) that discourages you to advance any further if you’re not in the right mindset, and they actually beg of you to take a break before attempting again. With Duet, no matter how often you fail, because of the lack of judgement and the always kinetic gameplay, you restart each time with a renewed sense of confidence. That is the true power of this game: it disciplines you just enough so that you can respect its challenges but also at the same time, never lets go of the tender encouraging touch.

Duet’s gameplay is simple: you guide two coloured orbs attached to a circular track between and/or around obstacles without coming in contact with them. Progressively, and naturally, the obstacles become more and more complex, bouncing Duet’s gameplay back and forth session to session (and sometimes mid-stream) from that of a methodical puzzle game to something more twitch-based. The obstacles are no more than squares and rectangles, yet the game never submits to repetition nor does it descend to anything less than dangerously addictive. Any time an orb comes in contact with a block (pearly white by default), the orb explodes, splattering that specific area with whatever orb that caused you your perfectly good run (red, blue or even both!), like paint on canvas. The splatters remain there when you fail and restart, and this brings me back to what I said earlier about the discipline thing: the game keeps in view your blunders, but never reprimands you. There are several indie games that follow a similar theme, but Duet does it beautifully and without the aggravating factor. 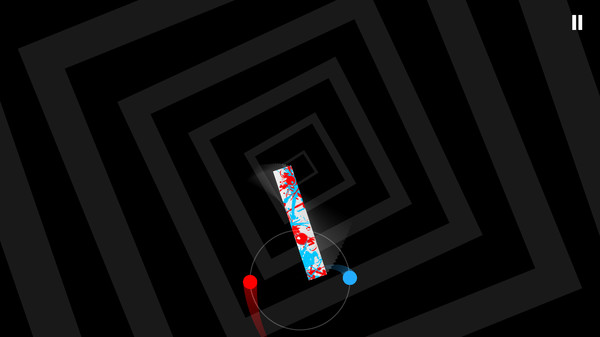 The production is one of the most elegant, visually appealing I’ve ever seen. Minimalist in nature, everything about Duet – from the font to the music – is exactly how I’ve always envisioned attractive-looking minimalist games to be. I cannot stress just how much of a dream come true this game is for me, design-wise. The soundtrack is equally stellar, if not more so. It perfectly compliments the art and direction of the game without drawing too much attention to itself or distracting from the actual gameplay. Every aspect of Duet works in perfect sync with each other, very much like a co-operative team with modest players – even the animated backgrounds which are also made up of geometry shapes don’t distract nor confuse you.

Duet is a flawless, gorgeous, fantastic little gem that proves the old adage right: great things do indeed come in small packages. Even when the game’s main storyline is over (which names the levels after the Kubler-Ross Model of Grief and preludes each session with a saying or axiom) there’s still the epilogue and encore challenges which, you guessed it, add more complex shapes and amp up the difficulty factor. Besides the story modes there’s also infinite run, speedrun and daily challenges, and these only add to the experience, which is par excellence.

Going back to the dubious level names, it’s still not very clear to me as to why they’re named after the Kubler-Ross Model and exactly what point the game’s trying to make here. Though I can totally understand the philosophical and psychological tone most scrolling shooters take – like Einhander, Ikaruga and Sine Mora to name a few -, and while Duet does indeed function as a vertical shooter minus the shooting part, this game’s ambiguity did not altogether please me. Mind you, it’s not like I don’t understand what the game is on about (I do; or at-least I think I do) but I don’t know exactly what to make of it. Solace, another pleasing indie game that I had the pleasure of playing earlier this year, also incorporates themes and ideas from the Kubler-Ross Model, and unlike Duet, behaves and functions just like a scrolling shooter. But at-least Solace’s inspirations are easy to understand (the game is essentially a poignant tribute to a departed friend of the team). 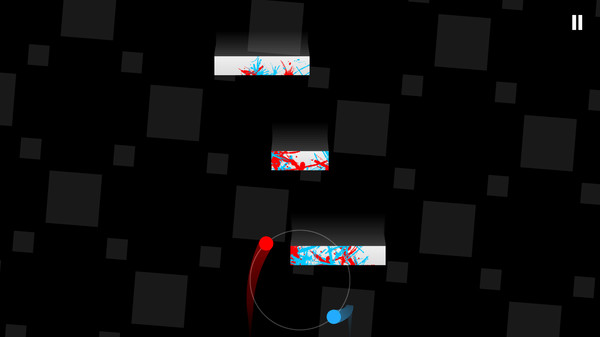 Related reading: For a second opinion, you can check out Harvard’s review of the iPhone original release.

Duet’s narrative may also be hinting at something touching or maybe perhaps a profound truth, but I’m afraid I may be missing the point or overlooking into things. But, as often is such the case with art games, maybe that’s precisely the point here.

Hands on with Dark Souls 3: Miyazaki’s back, baby