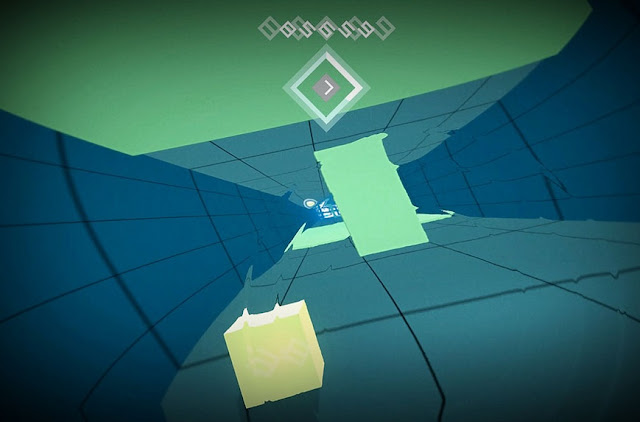 I’m quite proud of my eyesight. I am after all the only member of my family who does not need a prescription set of specs to see my way through the day. Nothing has been more than a visual assault on my eyes than Velocibox, so much so that I’ve booked a check up at the family optometrist.

Velocibox is an stage-based runner game that is brutally hard and it looks to have taken inspiration from The Impossible Game and thrown it into another dimension. Players take control of a cube, which moves forward in a 3D space. It is a fast paced game, with each level only taking a small amount of time to complete, but the frequency with which you will die means that you’ll be stuck on a single level for much longer than you should have the patience for.

I generally am okay when it comes to brutally hard games that rewards precise and controlled movement. Super Meat Boy comes to mind, which on completion of a single level would show the hundreds of lives it took for you to complete a level. The ability to practice a level repeatedly though isn’t found here, with each level having multiple alternative routes. So rather than practicing levels, you’re reliant on how fast your finger can move in response to whats happening on screen. Within each level you’re tasked with collecting coloured cubes. Collect enough cubes and you can move onto the next level. Each level brings its own set of new challenges, whether that comes from moving obstacles, or spiral paths that you have to follow. 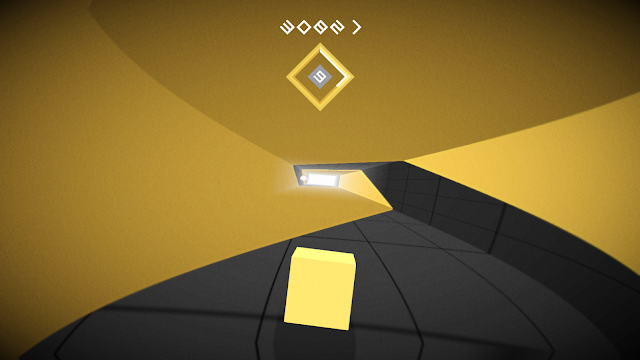 I’d be more than welcoming if the game Velocibox wants to be wasn’t so aggressive in its presentation. Fast-paced reactions to brightly coloured moving objects and the repeated shift in orientation is a recipe for some form of motion sickness. And it’s a shame because it is a well designed game otherwise. There’s a certain addictiveness to try and get though each level, and Velocibox nails the “just one more try” mentality that a lot of mobile developers have tried to tap into. And because it is so fast paced, players have to wait mere seconds after failure to start the level over again. But I just couldn’t sit through the gameplay for a long period of time. Having to be focused on minute details that are rapidly moving towards you is exhausting.

As I continued to play, I did notice that I was getting better. And as much as I would like to brag that I was as skillful as I looked, I can almost guarantee that I got a very lucky run on each level as I completed them. At times it can feel like the only way to beat a level is to be lucky so that the placement of levels was randomly placed to be easy. And no matter how much I enjoyed this game, which I did, it was hard to play, because the visuals are so jarring. As such Velocibox is not for the faint hearted, or epileptic.