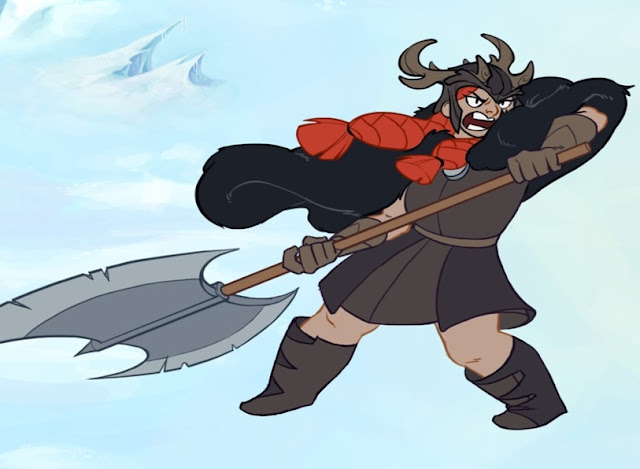 Moving through various Norse realms, Jotun is already, in this early stage, a gorgeous work of art coming from Thunder Lotus Games.

In the game, we follow our our recently deceased hero Thora, as she quests to impress the Gods by defeating elementals in combat so that she may enter the halls of Valhalla. While I would love to dive into the narrative, the preview build did not contain any meaningful explanation about what Thora was exploring, beyond the obvious Norse theme. I assume that the context will be added in later. Instead I got a look at a couple of stages and a taste for the gameplay, and I came away from that side of things very excited.

Vikings never did anything small and neither goes Jotun. Not only are the explorable realms gigantic, reminding you how small one person can really be when travelling through spaces designed for gods and beings of colossal size, but the aesthetic is all hand-drawn stuff too. Using dynamic camera zooming, there are several breathtaking moments in which the camera pans so far out that Thora can barely be seen and the environmental artwork truly shines. 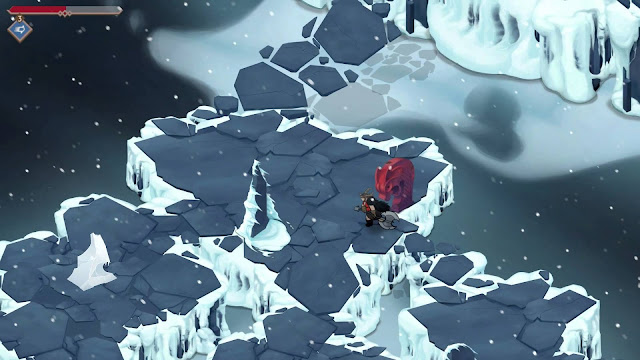 Gameplay is simple but in a way that requires an attention to detail. While Thora may be a warrior, the core of Jotun does not lie in combat but instead exploration through the realms while searching for the elementals. But there is combat, too. Thora carries around with her a two-handed battleaxe, and it is abundantly clear that she knows how to use it with heavy swings and an even heavier strikes that crack the ground and anyone brave enough to come near.

Combat is anything but an afterthought. Having only really access to two attacks, Thora is going to need to time her very powerful blows in order to make them count as being outnumbered is an understatement at times. Enemies both big and small fall in one hit of this incredible looking battleaxe but, in return even the simplest of hits on Thora can take their toll.

While standard enemies fall in one hit, defeating the colossal elementals is another matter entirely. These are being of immense size and power that simply dwarf you as you stand below the height of their toes. Defeating them requires cunning and careful observation to first learn their movement and attack patterns as one hit can just about be the end of Thora’s journey. 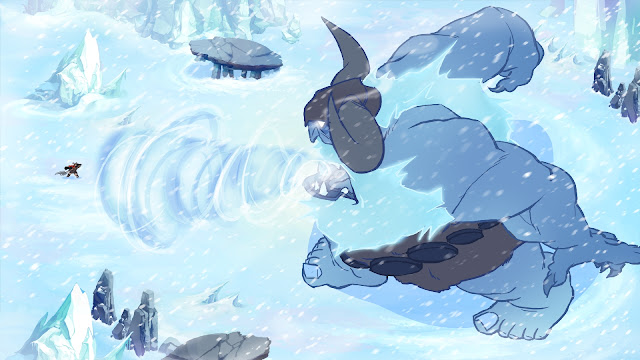 In order to aid her in these battles with the odds extremely stacked against Thora, she has access to powers that can be acquired while exploring the realms, and these are granted by some of the Gods that would throw their weight behind her. Abilities include extra speed that allows Thora to run and swing her axe faster alongside, or thunder that not only hurts on initial contact, but keeps electricity stored in the axe for future use. These abilities, in conjunction with being able to dodge strikes, makes Thora something of a glass cannon – incredibly powerful, but also fragile.

But the combat really is secondary to the exploration. From sliding down the tree roots of Yggdrasil to walking through the ice frozen wastes of Niflheim and trying not to freeze to death in the icy gales, Thora will see some rather incredible sights. With what is currently present, the addition of a narrative later on as well as other explorable realms can only help to strengthen the amazing experience that Jotun will have to offer.

Not one, but two new Worms games have been announced

On Life is Strange: Episode 4: Things just got truly frightening