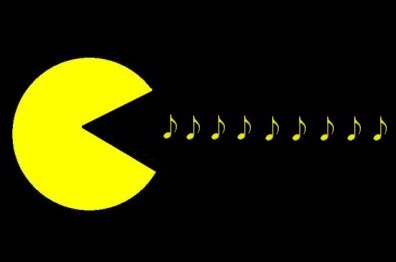 Let’s talk about music this week, shall we? A good soundtrack can add so much to a game, especially when that music is used in such a way that it helps emphasise and support the narrative, action and art.

And yet people often gloss over the music. It might affect them on a subtle, unconscious level, but with very few exceptions people will never identify the music or soundtrack as the most compelling reason for why they love the game.

But many of my favourite JRPGs wouldn’t be the same without their soundtracks. Without the emotive, powerful sounds playing in the background, my favourite cut scenes wouldn’t be able to make me tear up. Without the rousing battle themes I might have lost interest in the combat scenes by the 100th event. Without the cheerful ditties I wouldn’t feel as overwhelmingly happy as I do playing some of them.

I think music is very core to the way the JRPG shares its narrative with us, and so this week I figured I’d do a list of ten of my favourite songs from the genre. This is by no means a comprehensive list, and I invite you all to share your own favourites in the comments below.

Ar nosurge is a game about love, companionship, and the and the vulnerability that comes when two people reach a deep and binding connection. Such a relationship involves the kinds of emotions that only a powerful musical track could properly capture, and em-pyei-n vari-fen jang does a very admirable job of it. The cut scene where this track plays is the moment where you start to understand the full weight of what the heroes are up against, and that makes it all the more poignant and emotive.

Final Fantasy X is a raw game in many ways. It came before game developers fully understood how to work with voice actors and the like, so the performances were amateurish and these undermined the emotional impact that the narrative was looking to have on players. But there was one scene when the actors shut up, and a gentle, tender song was allowed to take over. The infamous pool scene, accompanied by Suteki Da Ne, was touching, gentle, and I’m not ashamed to admit it almost makes me cry. Even when I listen to the song by itself now.

Final Fantasy XIV is my current addiction, and there is one particular dungeon that I will happily run over and over again. Not because it is an especially well designed dungeon (although the boss battle is breathtaking), but because I could listen to this song all day long. I love opera, and so I think it’s pretty obvious why I find this emotive, powerful, driving stuff.

This will be my last Final Fantasy track on the list, I promise, but I would be remiss if I left Final Fantasy Type-0’s breathtaking opening song off the list. Performed by the distinctive voice of Bump of Chicken, this song perfectly carries the dark undertones and angst that drives the narrative of this very moody (and yet still beautiful) Final Fantasy game.

In all sincerity, every single Nier music track could be part of this list, but I’ve chosen to highlight The Wretched Automatons, because it tells us so much about Nier, the game. It’s a song of layers, with harsh, industrial clashes, bangs, and smashes juxtaposing beautifully with an elegant melody and lyrics. A little like Nier is a mixture of play styles and themes, wrapped into one package that somehow manages to be a cohesive whole.

Ni No Kuni is a story of a boy coming to terms with the most heartbreaking of losses by going on an epic quest. I can’t think of a song that could capture that theme more perfectly than the game’s world theme. Grand in scope, and filled with purpose, it nonetheless carries with it the most gentle note of sadness behind it. It’s also a mature theme, representing the rapid growth and maturity that the game’s leading man, Olivier, goes through from start to finish.

One of the more underrated JRPGs out there (in part because it is exclusive to the Xbox 360), one of the most compelling things about this Final Fantasy-in-all-but-name title is the music soundtrack. I’ve picked the Prologue as my favourite, simply because it encapsulates everything about the game that I love – from the marching beat setting up the slow, methodical rhythm of the game, through to the sorrowful tune sitting over the top, this Prologue pulls on the heart strings, and immediately pulls players into its fantasy.

There’s a lot of deep-and-meaningful music going on in this list, but JRPGs can have a sense of harmless fun, too, and that’s where Atelier Rorona’s bright and cheerful Shop’s Jig comes in. Ridiculously cheerful and happy, this little melody is the heart and soul of what Atelier games are all about. It was after hearing this song when playing Atelier Rorona (my first game in the series), that I realised just how much fun I was going to have with Gust’s premiere franchise.

A great deal of the Disgaea series and attitude can be attributed to the soundtrack. At its heart, Disgaea wants to be a cabaret; underground and jazzy in tune, its music simply drips with the style of stage performance, and Extreme Outlaw is perhaps my favourite track of all. Upbeat and snappy, it’s the perfect complement to the wacky character art style, and equally, a foil for a narrative that would otherwise be far too dark in its sense of humour to be the jovial experience it wants to be.

What, you didn’t think I was actually going to talk about JRPGs and not mention Persona 4 and Risette somewhere, did you? But seriously, Striptease is a brilliant example of how music reflects character. It plays as the characters explore Risette’s dungeon, trying to rescue her from her inner demons, and the music perfectly descibes the character; it’s obviously erotic, but as with music from the likes of Madonna, it’s an empowering kind of understanding of female sensuality, and the thudding, pulsating beat so perfectly reflects the frustration, anger, and confusion of Risette as she tries to come to terms with who she is that, being entirely frank, none of the game’s other dungeons even comes close to the quality of this one. That there is the power of music.

So what are your favourite JRPG tracks? Let us know (and share YouTube links) in the comments below!