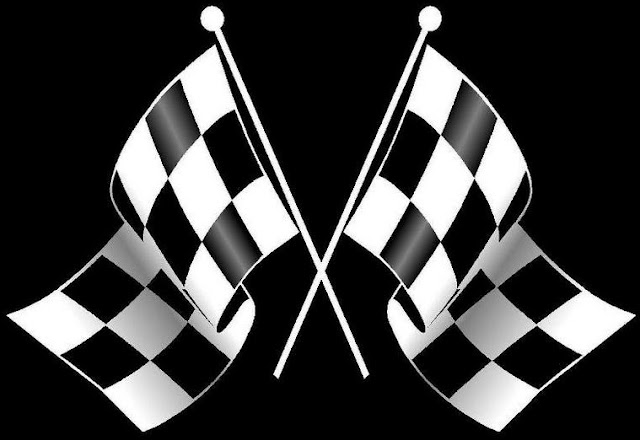 The racing game genre is one of the oldest and most persistent in gaming. It has been around almost as long as people have been able to manoever around little blobs of colour, and it’s easy to understand why – it’s fast, it’s action-filled, and it’s one of the most popular sporting activities across the globe.

Perhaps the best decade for the genre, however, was from 2000-2009, where the Xbox and PlayStation consoles really started to see top quality games released on them, with Forza Motorsport, Project Gotham Racing and Gran Turismo setting industry milestones left and right. It was also the decade where Need for Speed became the most successful racing series of all time and where modern perennial franchises the likes of FlatOut, Burnout, MotorStorm, Test Drive and MX vs. ATV either got their start or rejuvenated a forgotten series.

But for all the attention that was lavished on the console releases in that decade, there was plenty to appreciate as a PC revhead too. Yes sir, that decade was indeed a busy one for the racing genre; and while the ones released in the tail-end of the decade are considered some of the greatest games ever made, those released in the early years are just as fondly remembered. Join me as I list ten of my favorite racing games to be released on the PC between the years 2000-2009.

The most overlooked and least well known from the Need for Speed series, Porsche Unleashed is without doubt the most beautiful-looking installment. The graphics, even 15 years later, are still as attractive and evergreen as they were on release. But this game is no one-trick pony: the controls are solid, the gameplay fun and addictive, and the overall production is nothing short of excellent audio-visual treat. If you ever feel like playing a racing game where the acute tension of winning and the hectic pressure of overtaking the last opponent is the last thing you want on your mind, look no further than the picturesque Porsche Unleashed. 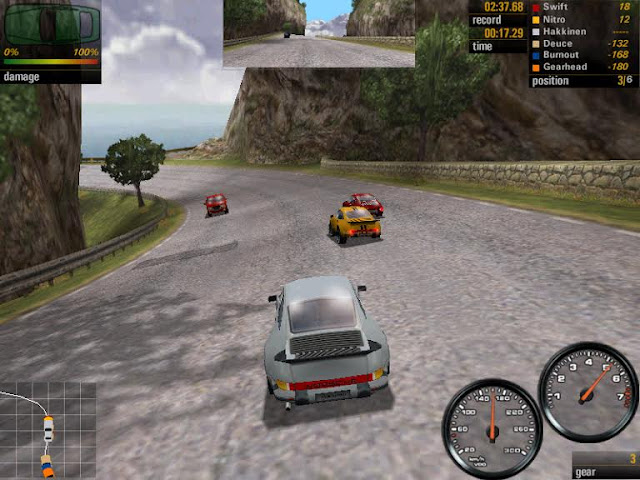 The critically acclaimed sequel to the surreal Microsoft’s Motocross Madness, this game also has the distinction of being one of the best reviewed Microsoft games of all time. It has perfect everything: good-looking graphics, solid controls, exciting gameplay, wide variety of modes, realistic-looking character and bike models and great music. The realistic feel and improved physics engine also meant it was more of a serious simulation racing game than its arcade-y predecessor. Initially, my reception towards the game was mixed but I quickly learned to love what it had to offer and it is single-handedly responsible for my adoration for off-road racers. 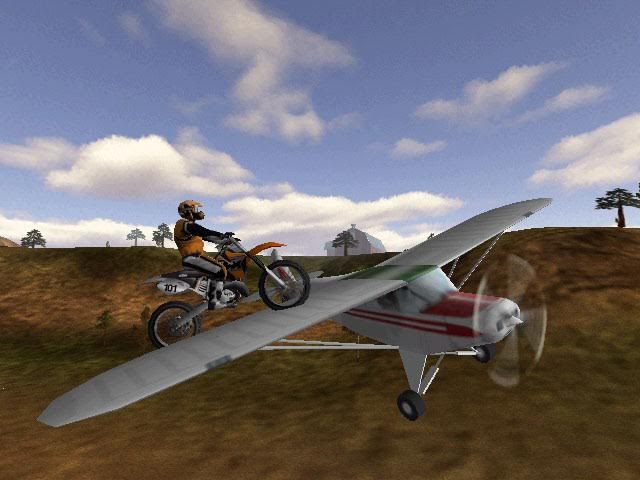 Say what you will about this game, but I believe 4×4 Evolution is one of the most iconic racers to be released. It’s the type of game that nearly everyone has played and remembers. If you identify yourself as one of the few who still hasn’t, I bet there’s good chance you have already seen the game in action, perhaps in school watching an older student play or over at your friend’s house. It may not be a perfect game, nor the most robust, but it has charm and character – which is more than you can say for recent racing releases. One of the features that stood out for me back in the day was the ability to play in pitch black setting. Not too many racing games have this feature and it truly alleviated what was already a great experience. 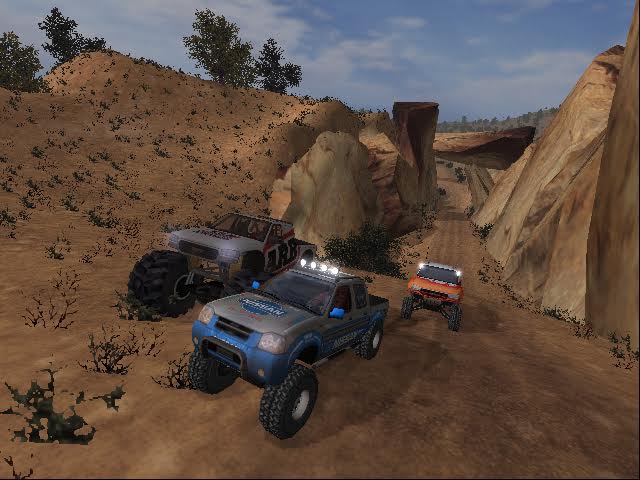 I so loved the first two Colin McRae Rally games on the original PlayStation that I still have the actual CD’s of the games with me. It’s a shame the number of scratches they accumulated over the years has rendered them useless and they don’t work at all, even on my PC with an emulator. Though the first game may not have aged well – its porridgy graphics are virtually indistinguishable in this day and age – the sequel, Colin McRae Rally 2.0, I believe has aged rather gracefully. Granted, it’s not the slickest racer around but it will totally win you over by its excellent gameplay, surprisingly challenging A.I. and an intuitive vehicle customisation option. 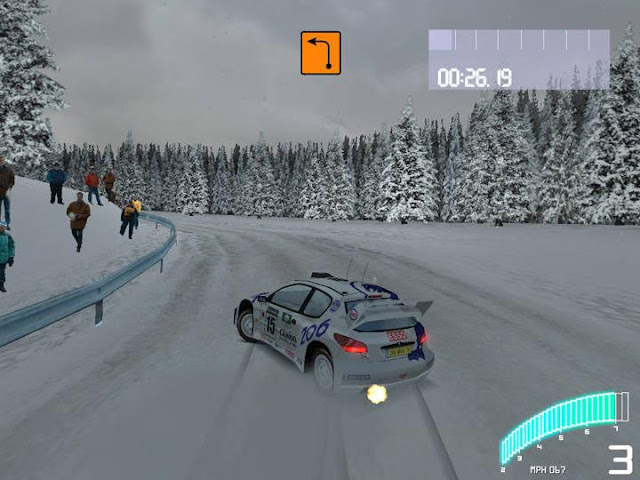 I believe when it comes to the absolute in total vehicular destruction, nothing tops this game. In the small-but-strong demolition/destruction derby genre, Demolition Derby was revolutionary and truly ahead of its time. The jaw-droppingly awesome car physics and powerful collision detection are still some of the finest I’ve seen. Truth be told I believe this game feels a lot more realistic and “in” than a great many modern simulation racers. You may be calling me nuts, but play Demolition Derby for yourself and soon you’ll be dancing to a different tune. 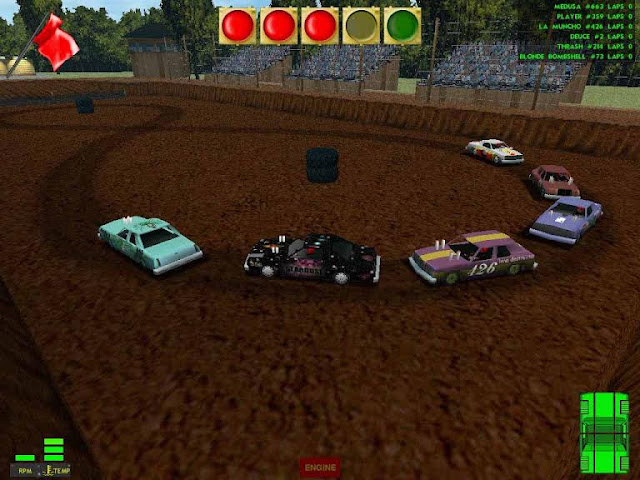 Fun fact: Test Drive Off-Road II on the MS-DOS was the very first racing game I’d played in my life. It was only after playing Test Drive 5 a couple of years later that I became a dedicated fan of the series. While I tend not to play the older instalments much – on account of their finicky controls – their early-2000’s to recent releases are among my favorite racing games of all time, and Brotherhood of Speed is my second favorite from the series (the first being Unlimited on the PSP). Everything about this game caught me off guard, the story, the crazy physics and controls, the uncanny A.I. – everything! You know those type of games where something truly out of the blue happens that completely knocks your socks off? Brotherhood of Speed has that in spades.

Of all the games in this list, Richard Burns Rally is the least-known. It’s a mighty shame really, as it easily rivals the best Colin McRae Rally and WRC titles. While playing this game you will surely find uncanny similarities to the aforementioned games, but what sets this game apart is its realistic (for the time) physics engine. Featuring the late great Richard Burns, developer Warthhog Games were all set in creating its version of a celebrity-endorsed rally series. Unfortunately, Richard Burns’ untimely death in 2005 prevented from a sequel ever being made, and Warthhog Games shut down not long after. I do wish a developer like Synetic GmbH or Codemasters picks up the mantle and releases a sequel because Richard Burns Rally has potential and can, if done correctly, emerge as the single greatest alternate to the Colin McRae Rally series. 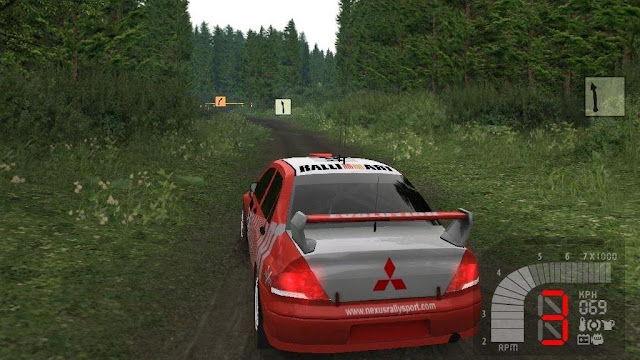 The only Burnout game (thus far) to be released on the PC, Paradise does not disappoint. Released around a time when open-world racers were in their beginning stage, Paradise does many things right. Driving around the game gives you this sweeping sensation of freedom and endless possibilities and numerous activities to participate in and/or just witness; not bad for a series solely known for its over the top vehicular destruction and breakneck speed. Paradise City may not be as nicely detailed as the later Need for Speed Most Wanted’s Fairhaven, it is one of the best settings I’ve ever seen. 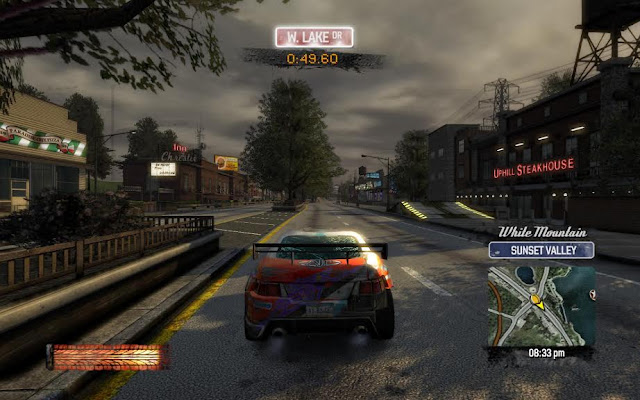 For gearheads like me, the much-acclaimed Party Mode is our definition of a “party game”. Mario and his gang may have more variety in their content, but tell me but do they have ragdoll physics? People replacing stones in a stone-skipping contest? Drivers getting thrown out of their windshields? That’s right, if you’re lacking in consoles and have just the one computer and there’s a couple of your best friends staying for the night, look no further than FlatOut: Ultimate Carnage. Essentially a prettier remake of FlatOut 2, this game is as wild and chaotic as can get… even in single-player campaign mode. The now-famous ragdoll and wobbly physics of the drivers and vehicles, respectively, mean every nudge, every shunt, every bump will send you careering off-course and/or miles up in the air. It is by no means a difficult game but it can take some time to master it, because the handling and controls are like none other. 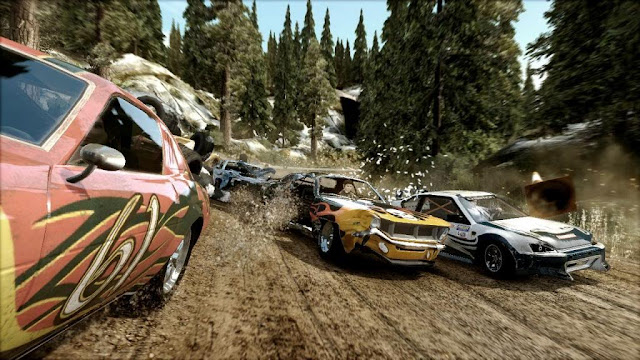 We reach the end of the list with what I believe to be the greatest Need for Speed ever made (as of writing). The first game made by Slighty Mad Studios (the crew behind the recent Project CARS), Shift is a realistic simulation racer that is both easy to learn and fun to play. Not too many simulations carry the perfect balance of learning and fun as Shift so effortlessly does. I mean, this racer is as perfect as it can get: the vehicles are drop-dead gorgeous looking, the tracks and environments the most beautiful the series has conjured up since 2000’s Porsche Unleashed, and the audio one of the authentic I’ve ever heard in my life. Shift is a complete winner in my book and a great reason as to why the Need for Speed series is king of the racing genre. If there’s anyone out there who needs restoring their faith back into the series (after the disasters that were Undercover, Nitro and ProStreet), I recommend giving Shift a try. 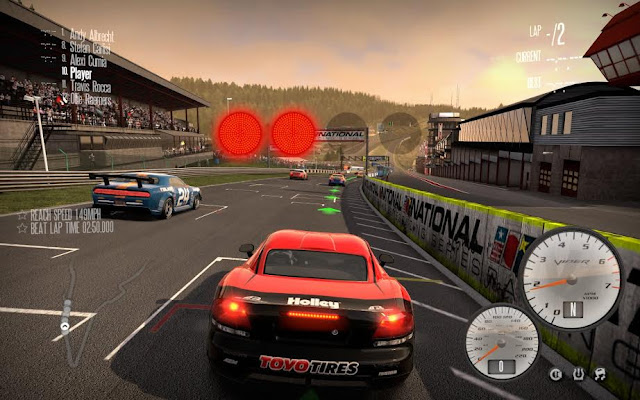