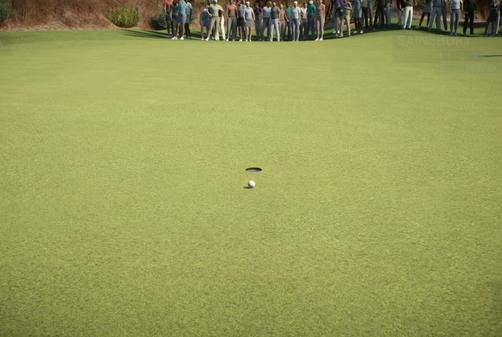 Golf is a sport that is more difficult to adapt to a videogame than it sounds on paper. After all, it’s a ridiculously sedate sport in real life, with walking between shots being about the closest it comes to action, and games tend to cut the walking bit out of the experience to save the player time. That means that what is left to recreate in video game form is something that looks as simple as a swing of a club.

Related reading: The Golf Club is also available on current generation consoles, as an alternative. Our full review here.

But on the other hand golf is an incredibly technical sport, and the game’s engine needs to handle the physics of the swing of the club, as well as the flight and bounce of the ball, with utter precision. It’s a sport where a single shot that is mishit by nothing more than a single degree can ruin a player’s competition.

And so, a good golf game will have a lot of stuff in it that the player will only notice if it goes wrong. A good golf game nails the precision and technicality of the sport in a way that will never be flashy, or even noticeable. But when done well, it’s true fantasy fulfilment – I’ve tried to play golf in real life, and I literally managed to hit a ball so badly that it flew backwards to hit someone I was playing with. In a good golf game, I can almost feel like I know how to play golf, and that’s something amazing to behold. 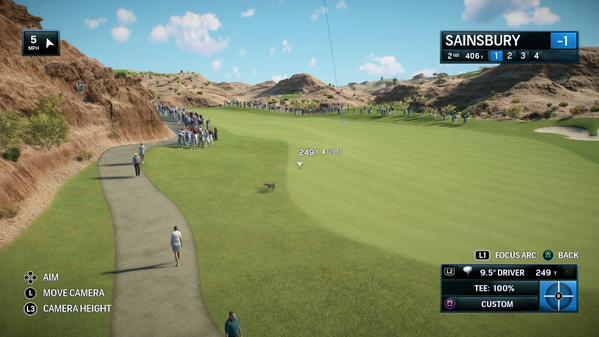 Rory McIlroy PGA Tour deserves credit for getting the physics largely right. Backed with the money and resources of EA, a mishit ball behaves like a mishit ball. The slightest bump on the putting green is just as punishing as it would be if you failed to take it into account in the real sport. There’s a risk/ reward mechanic in play, where you can deliberately try to overhit the ball for extra power, but mishitting these will exaggerate the shanked shot. On the fairway there’s the slightest sense that the ball is sticking to the grass more than real life, with bounces a little too subdued as a result, but that’s only splitting hairs. Getting a good score on some courses is a test of patience, skill, technique, and consistency.

I was also impresses with the way the career mode works. Rather than force players to run through eighteen holes four times in a row per competition, the career mode instead tasks players with working through just a couple of holes with each “day” of the four day contest, with the result from the rest of the holes simulated based on your player’s statistics. While I would have appreciated the option to play a full career as an alternative to this, it’s generally a smart move by EA, as these truncated championships allow time-strapped people to feel like they’re making progress through the career mode, even if they can only play for an hour or so at a time. For players that want to simply play a round of golf, 18-hole courses are available as a one-off round, and there’s also online modes as standard, but other than a couple of additional small and largely useless gimmicks the expectation is that you’ll be focused on the career mode.

Aside from playing through championships and earning points to move up the leaderboard, the career mode also features a basic progression system that allows you to customise your play style. Rather than having manual control over your player as he levels up, however, you’re instead given archetypes of play styles to choose between, and stats will be automatically adjusted based on these choices. I like having a good middle and short game, so I picked archetypes that focused my stats in those fields, but others might prefer being good at the drive or the putt. This is a nicely streamlined system, and as the character levels up, he’ll have access to more character archetypes, providing greater variety. 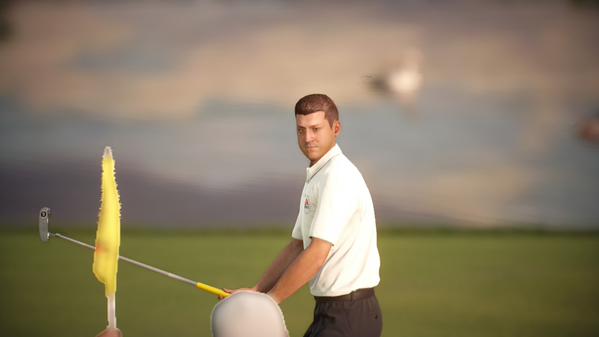 Level ups also provide access to more pieces of equipment to choose between. In theory these choices allow you to tweak your character statistics to a finer detail, but frankly I had enough success just picking the “optimised equipment” menu option that I didn’t bother delving deeper into the club selection menus. I know some people like to have more control over their character development than what this game offers, and those people will be disappointed with what’s on offer, but again the philosophy here seems to be to give dad a game that he can enjoy for half an hour or so after the kids are in bed before the needs to hit the hay himself.

What I wasn’t prepared for, however, is how shoddy the game’s presentation is. If there’s one thing I’ve come to expect from EA, it’s that all of its games are executed to the most excruciating level of detail possible for the hardware and engines of the time. But Rory McIlroy PGA Tour looks almost like a game developed by a couple of people at an indie studio, throwing something onto mobile devices.

The problems start with the engine itself. This Frostbite engine of EA’s must have been expensive to develop, because it keeps popping up in games that don’t benefit from it like EA is mandating its use. That engine looks like it works beautifully for high-action shooters and the like. But for the more sedate games, like a golf game, all the engine’s weaknesses are thrown out there for the world to see. Pop-in is terrible, with details in the scenery literally jumping into view as the ball flies through the sky. Foxes and other animals aren’t on the screen one moment, but are there the next. The environments themselves look good, but the level of detail is limited, and character models are stiff and awkward. 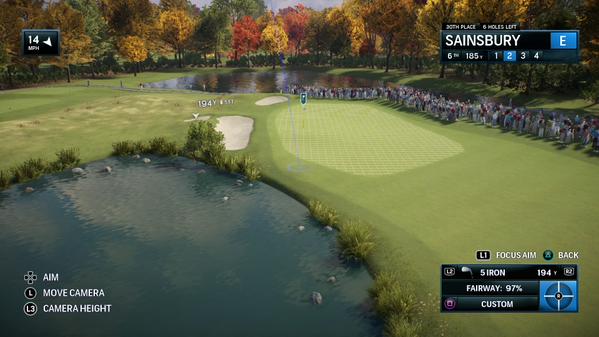 Loading times also tend to be a problem, with menu navigation being a real pain as a result. Finally, the commentary is the worst I have heard in some years. By my second championship I was hearing too many repeated phrases, and the commentators were regularly saying things that had nothing to do with what was going on on the match. My favourite was when I was being told how poorly I was playing after I had just hit a drive 350 yards right into the middle of the fairway, with a flush, short chip to the green.

Related reading: Mario Golf: World Tour is a good alternative for people that are looking for something a little different who own the Nintendo 3DS.

I shouldn’t allow the presentation to bug me, but for Rory McIlroy, it does. Coupled with the limited range of play modes and a relatively shallow range of courses, and I was left with the impression that this game was certainly not EA Sport’s focus this year. The core physics and mechanics of Rory McIlroy PGA Tour are quality, and I like golf, so I still give this a passing grade, but it’s hard not to wish that there was credible competition for EA in the sport of golf, to spur the publisher out of some of the complacency that is seems to be in.