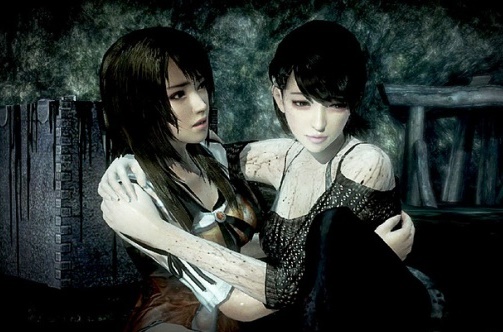 Sometimes Nintendo absolutely baffles me. Its treatment of Fatal Frame is one example. It part owns the franchise, and has proceeded to decide that westerners are just not interested in it. Despite the fact that yes, we actually do like horror games out this way. Even cerebral ones like Fatal Frame.

We missed one of the Wii Fatal Frame titles in English entirely. The Wii remake of Fatal Frame 2 wasn’t released in America. And now we’ve got Fatal Frame: Maiden of Black Water coming to the software-starved Wii U. An adult, dark, exclusive horror game from an esteemed franchise, and yet Nintendo didn’t even make this trailer part of its show.

And that’s a pity, because this game looks absolutely brilliant, and its use of the Gamepad is one of the most impressive that we’ve seen to date. While we already knew that the game was on the way, a gentle reminder by Nintendo that it was coming to its console soon would have done wonders to reinforce in people’s minds that the software situation isn’t quite as dire as some now believe.

The trailer’s below. Is this a game you’re looking for? Let us know in the comments!

Trailer: Like Rollercoaster Tycoon? Planet Coaster is for you!